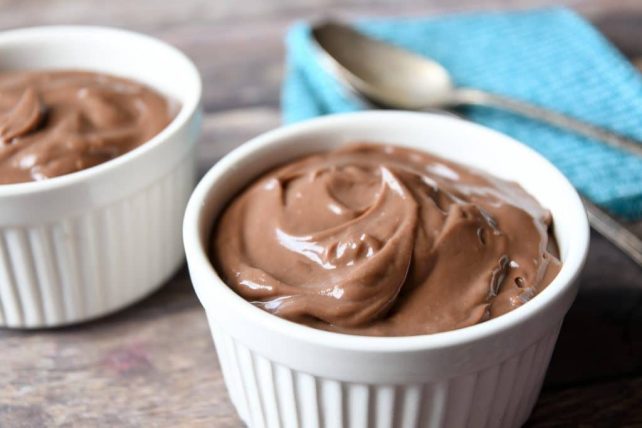 After trying every variation of homemade chocolate pudding out there, I finally discovered the secret to rich chocolate flavor and silky smooth texture!

It wasn’t long after you all tried my Creamy Homemade Vanilla Pudding recipe that you started asking if I had a recipe for chocolate pudding that was just as delicious. And until now, sadly, I had to say no. When I wanted a chocolate pudding I made something called Bittersweet Chocolate Creams from The French Slow Cooker. They are amazing! But, not really chocolate pudding.

So when our Jersey cow freshened last month my first mission before diving into cheesemaking was to perfect a chocolate pudding.

Which is really not that hard at all. Even with a “bad” recipe.

I found the recipes for a classic pudding to be weak in flavor and almost watery in texture. The cocoa powder left an unpleasant grit on the roof of my mouth. I just wasn’t satisfied and knew there had to be a better way.

Unlike with vanilla pudding, adding butter to the chocolate pudding made an incredible difference in the smoothness and flavor. We all liked it so much better! After that, it wasn’t about whether to add butter, but how much?

I also knew right away that my pudding recipe was going to be a “double chocolate” pudding. I needed the chocolate flavor but it couldn’t come with cocoa powder because of the grittiness. In the end, I like the ratio of 1 Tablespoon of cocoa powder per 1 cup of milk. Anything more and I noticed the chalky grit.

I think this recipe has the perfect balance of sweetness but I did use 60% bittersweet chocolate chips so if you use anything lighter than that you may need to back off the sugar a touch.

After my experiments with different thickeners in vanilla pudding, I didn’t even bother to test the others in chocolate pudding and assumed that the best texture would come from cornstarch. You could use flour in a pinch, but it might not make the finest pudding possible.

I’m looking forward to using my yellow cake recipe from Cake Stand to make a pudding cake! Or even turning this pudding into a Farmstead Pie if I don’t have the time to make Chocolate Silk Pie. 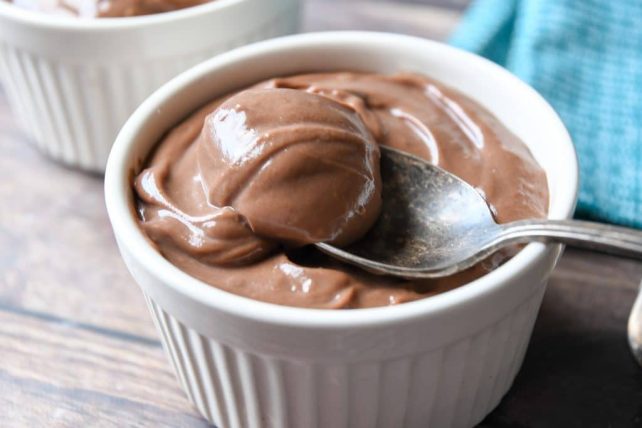 After trying every variation of homemade chocolate pudding out there, I finally discovered the secret to rich chocolate flavor and silky smooth texture.

« Cooking with Essential Oils: 6 Reasons to Never Do It
How To Make Your Own DIY Potting Soil Mix »