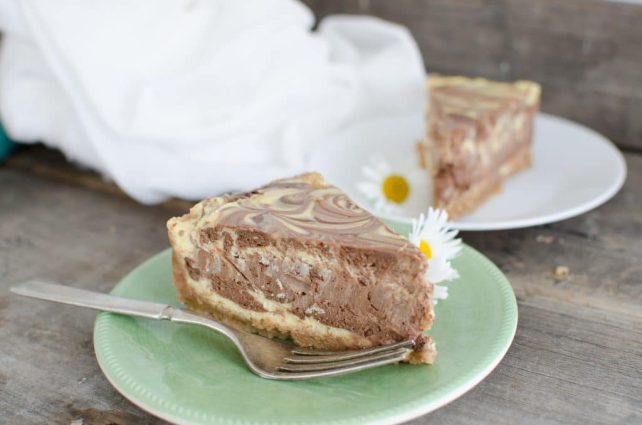 This creamy Chocolate Swirl Cheesecake with layers of chocolate and vanilla swirled to make a beautiful marbled appearance is the best cheesecake ever! Is that saying too much? Because I don’t suppose I’ve tried every recipe there is out there, but it certainly is the best that I’ve ever tried. (And you better believe I always try every slice I come across. I consider it my duty. So I’m not out there spreading false advertising about my recipe all willy-nilly.)

In fact, this cheesecake is so amazing that it took my cheesecake-hating husband and turned him into a cheesecake lover! How’s that for a testimony? And, in my experience, it’s not so easy to convert someone with a prejudice against foods that last over several decades!

Bill will even find ways to make it so I have to make cheesecake for dessert. Not only has he shocked us with asking for Chocolate Swirl C

cheesecake instead of his all-time favorite Apple Pie for his birthday, but the last time we visited family he made the plans. All I knew was that when I was supposed to show up. And that I was to have cheesecake in hand. It turns out the whole dessert contribution was totally his idea.

Turn Your Homesteading Skills into Dessert

One of the many homesteading skills you can learn no matter where you live today is cheesemaking. You don’t need let your lack of cow or goat (or sheep or donkey) ownership hold you back. You simply need the ingredients to prepare simple cheeses. Delicious cheeses like homemade cream cheese.

Sure. There are lots of things you can prepare with homemade cream cheese. But I’ve yet to find a better way to use cream cheese than in a cheesecake.

Before baking Chocolate Swirl Cheesecake, or any cheesecake really, you should check out my tips for making sure yours turns out amazing! These steps will help you make sure it turns out beautifully silky smooth, rich and ultra-creamy!

This Creamy Chocolate Swirl cheesecake with layers of chocolate and vanilla swirled to make a beautiful marbled appearance is the best cheesecake ever! 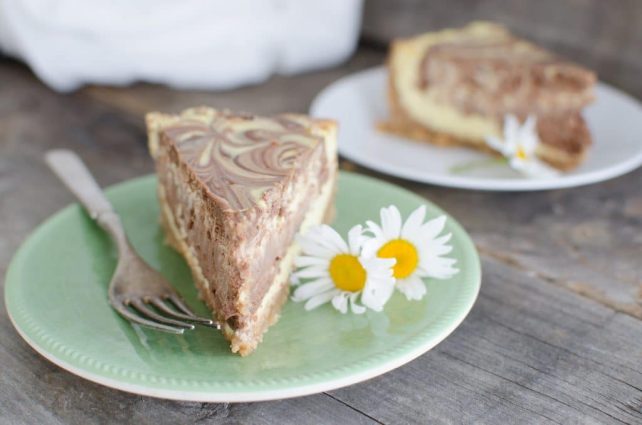