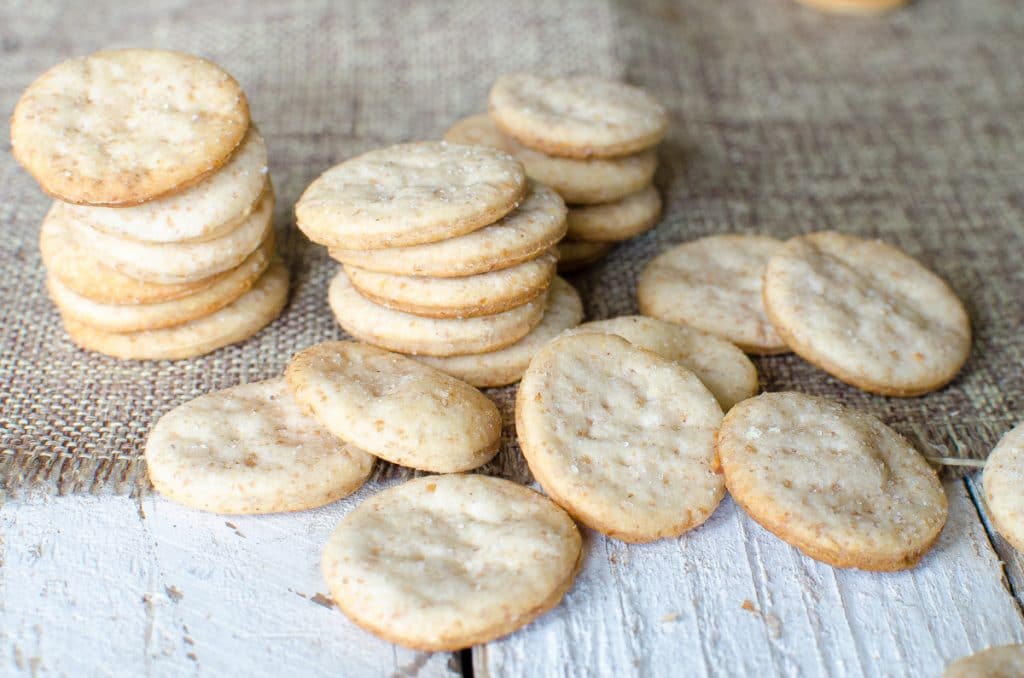 Perhaps it’s just my kids, but I can’t keep snacks in the house. Especially not Buttery Sourdough Crackers. It is seriously crazy, but I bring little snacks in here and by the time I go to dole them out, they’re gone already. If I bought them from the store, I’d go broke in a month. If I made my own, that’s all I’d ever get done doing.

Every now and then, I’ll indulge them and make crackers for a treat. But the experience only reinforces why I’m anti-snacks. 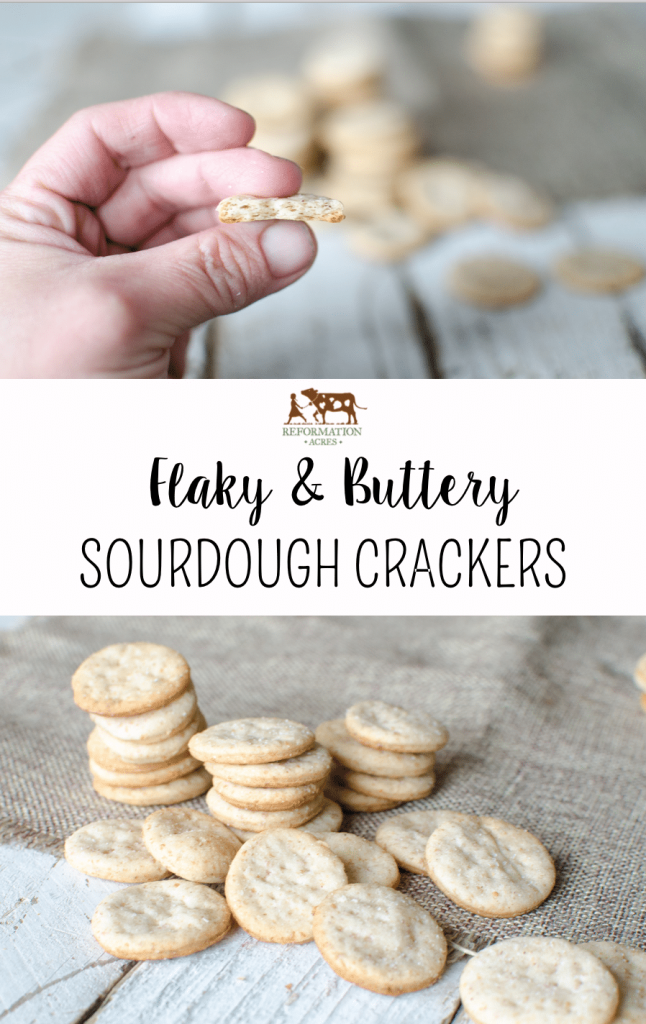 Let’s take this batch of Buttery Sourdough Crackers for example.

I somehow managed to distract 80% of my kids long enough to sneak some crackers out of the oven, throw together a quick stack for a photo, fire off a shot or two before the fingers began to descend.

She just wanted to help me stack them. Honest.

One cracker spent a few too many second in direct contact with her finger flesh and was doomed to gradually slip up into her mouth.

I knew I was done for. I double checked my aperture, adjusted my exposure, gave the filter a quick polish, held my breath to get a good focus and let the shutter fly. My time was up. The word was soon out and the vultures descended.

The batch was gone before I had a chance to clean up.

And that, my friends, is why you don’t see me messing with crackers. 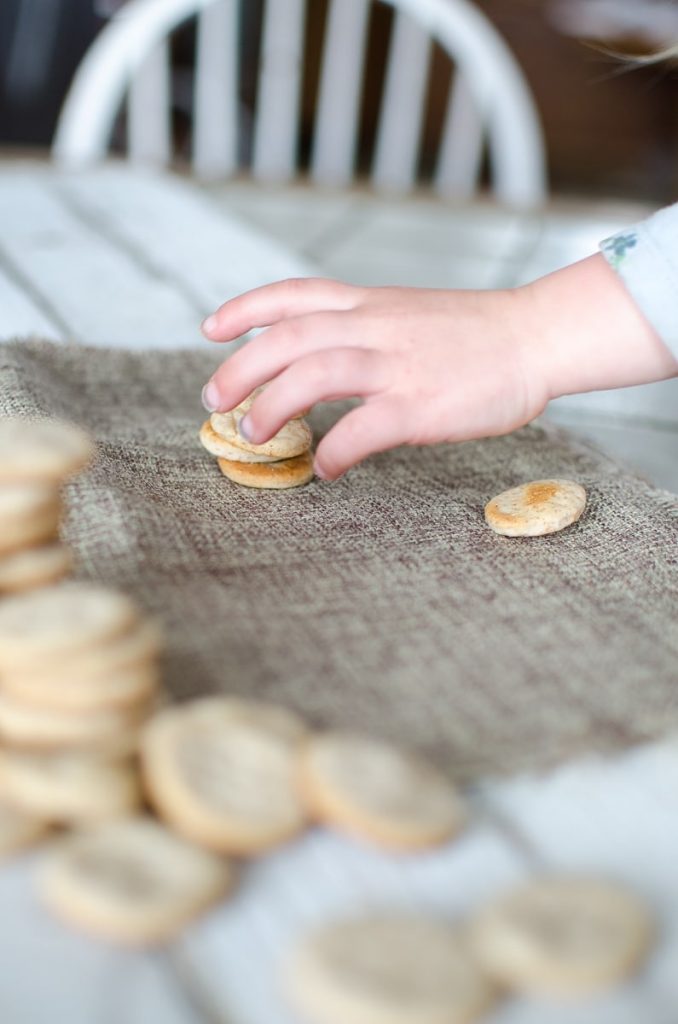 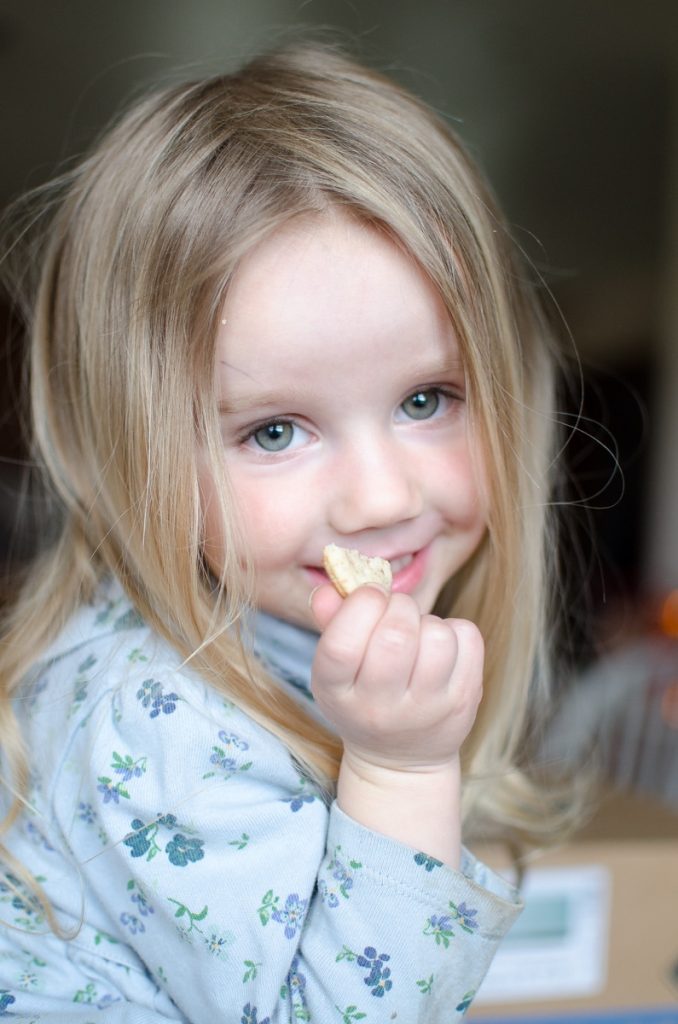 But, boy, are they sure tasty when I do!

Flaky, crispy, and buttery sourdough crackers. As much as I’d like to throw in that they were made with whole grain, I didn’t care for them baked that way. I think they tasted like burnt cheese. Now if you like burnt cheese in your cracker, by all means, boost the fiber. I backed the whole wheat off until I thought they were lighter and the buttery flavor was able to come through. Normally, I feed my sourdough starter whole wheat (I think it’s happier that way), but the day before I bake crackers, I’ll go half and half with the white & wheat flours. I heartily recommend experimenting with your ratios (or even flour types) to make this recipe your own to meet your preferences and needs!

There is a smidgen of lard in my recipe. We have plenty on hand and I think it contributes to the flakiness, but if you don’t have any lard you can use butter instead. No big deal.

I know it seems like a lot of steps, but really, it’s not too bad, they roll out easily, don’t stick to the counter like some do. There are about 5 minutes into the active time before the resting period and 20 into the rolling, cutting, and buttering. With no preservatives or artificial flavors, it’s totally worth it! 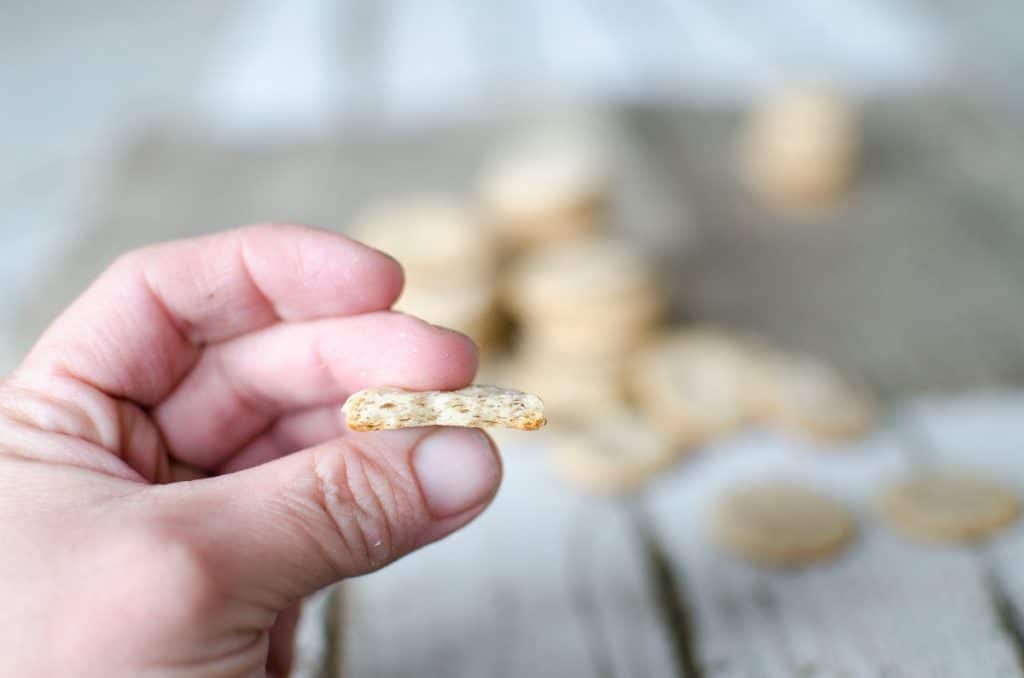