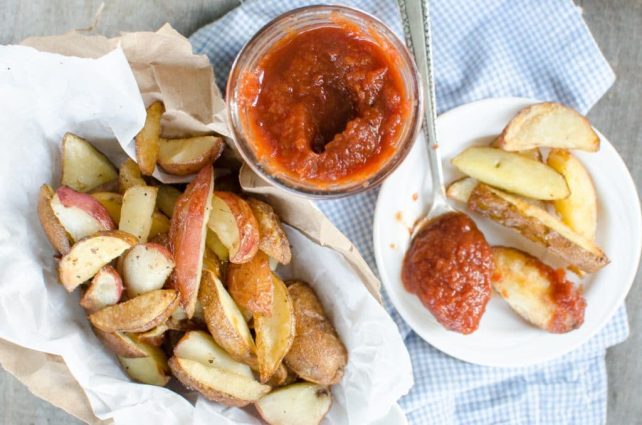 Since my journey into cooking from scratch began, making condiments like homemade ketchup has been on the back burner. It just really wasn’t a priority considering how little they make up of our diets. I had bigger fish to fry. And if you never get around to making your own condiments, don’t sweat it! We’re all doing the best we can and guess what? That means we can’t do everything, much as we’d like to sometimes.

When I did finally start making condiments mayonnaise was on the top of my list since the store stuff is usually made with soybean oil which I avoid like the plague.  Cucumber Pickles and Jalapeno Relish were easy to add and I loved that they use homegrown produce. Ketchup still seemed like too much work.

When we had more tomatoes than I knew what to do with coming in from the garden. Then it was time to start playing with recipes!

Quick Tip: Have a bumper crop in  your garden? Keep good homesteading records with the  SmartSteader homestead management app so you can look back at what you did right this year and can do it again next year!

This homemade ketchup is the recipe we settled on as our favorite. The flavor is rich with deep, clove-spiced tomato and tangy vinegar goodness. Sadly, the texture will never be like bottled ketchup, but that’s ok since we don’t have commercial kitchens to work in. It just adds to the gourmet ketchup experience. Another reason we homesteaders eat like kings!

Recipe Bonus Points: Because of the acid from the vinegar, this recipe is safe enough to water bath can! So if you haven’t added pressure canning to your homestead skills set, you can still put up this recipe for your pantry this winter. (And if you’re needing a little push to bust out the pressure canner and use it for the first time, check out At Home Canning for Beginners and Beyond. After I watched it I swallowed my fear and have been happily, and safely, pressure canning ever since!) 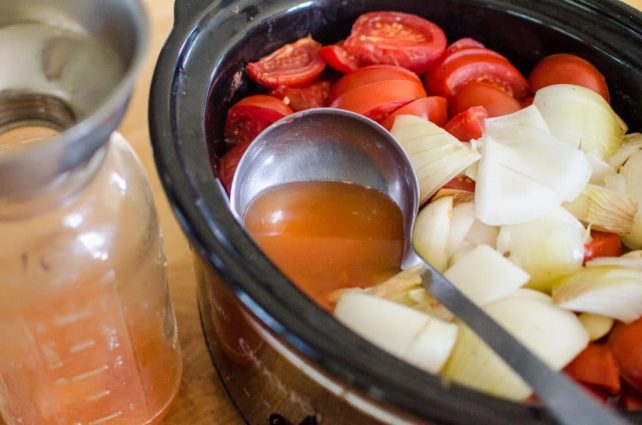 Recipe Double Bonus Points: We get to use a crockpot for the first stage of cooking! It’s always nice not to have to turn on the oven in the kitchen during summer, isn’t it? Using the slow cooker to draw out the liquid from the tomatoes is crucial for getting ketchup that isn’t watery. I haven’t tried it yet, but I know that when you freeze tomatoes, a lot of the water in the tomatoes is released during thawing so you might get even thicker ketchup by freezing them first. If you try it, let me know how it turns out.

This recipe for homemade ketchup does take a long time to make, but it really isn’t labor intensive. In fact, the slow cooker step could be done overnight while you’re sleeping! After that it’s a matter of getting the texture as smooth as possible, adding extra flavors, and getting it reduced down to be as thick as possible before canning. So while it’s long, it’s super easy. 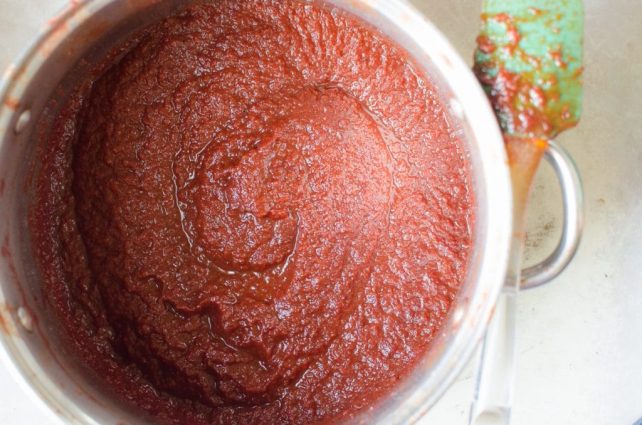 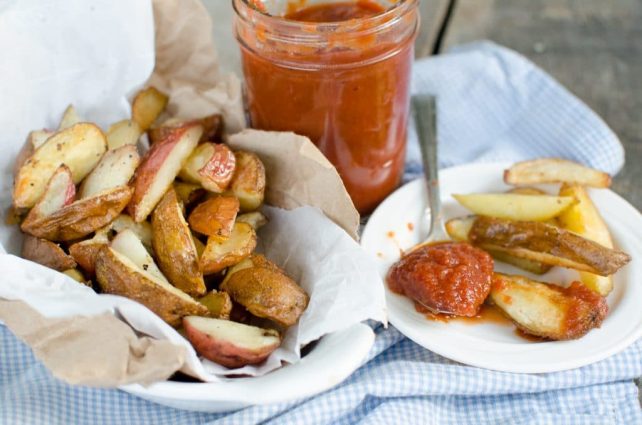 Homemade Ketchup Made with Fresh Tomatoes