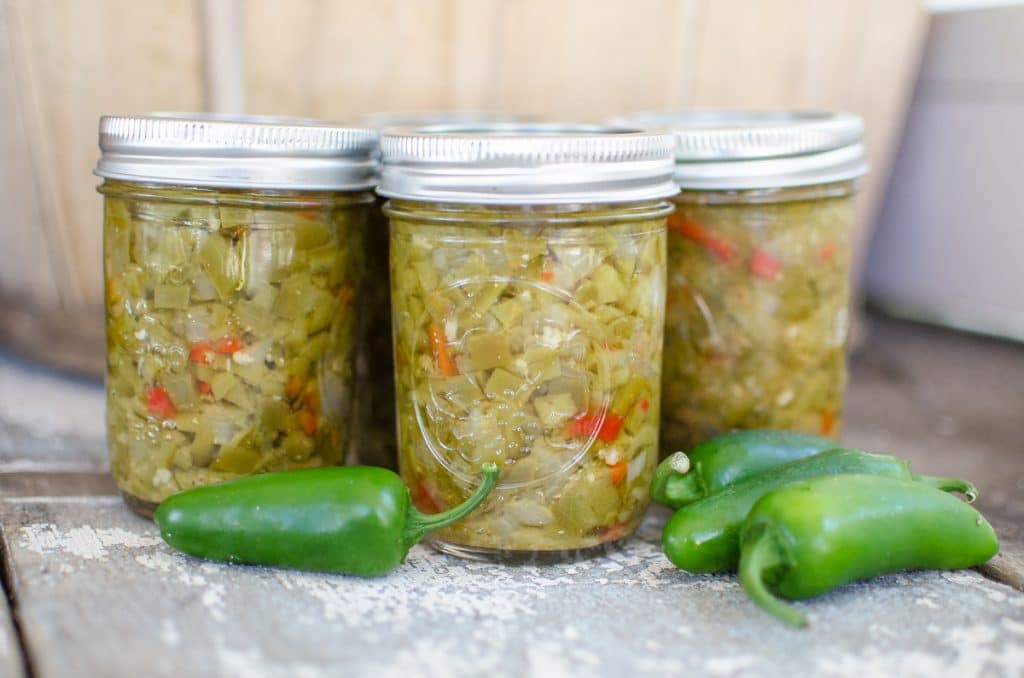 There are two crops I absolutely despise growing… I take that back, three. There are three crops that I hate growing. Summer squash, cucumbers, and broccoli.

The first two I value enough to keep growing anyway, and the third, the one I almost forgot, I give a half-hearted attempt every year and then find I don’t care when it doesn’t grow well because it’s been so long since I was successful, I don’t even include it in our menus anymore.

The summer squash and cucumbers though are worth overcoming the obstacles that the pest pressure creates. But the whole time they’re growing, it is constant battle with squash bugs and cucumber beetles. It’s just a matter of time till one or the other takes them down.

Which makes my pickling attempts quite limited. If I plant enough, I can usually get just enough cucumber slices pickled for the year and by then they’re dead. There certainly aren’t enough to dabble in making relish.

And you know what? I’m ok with that. 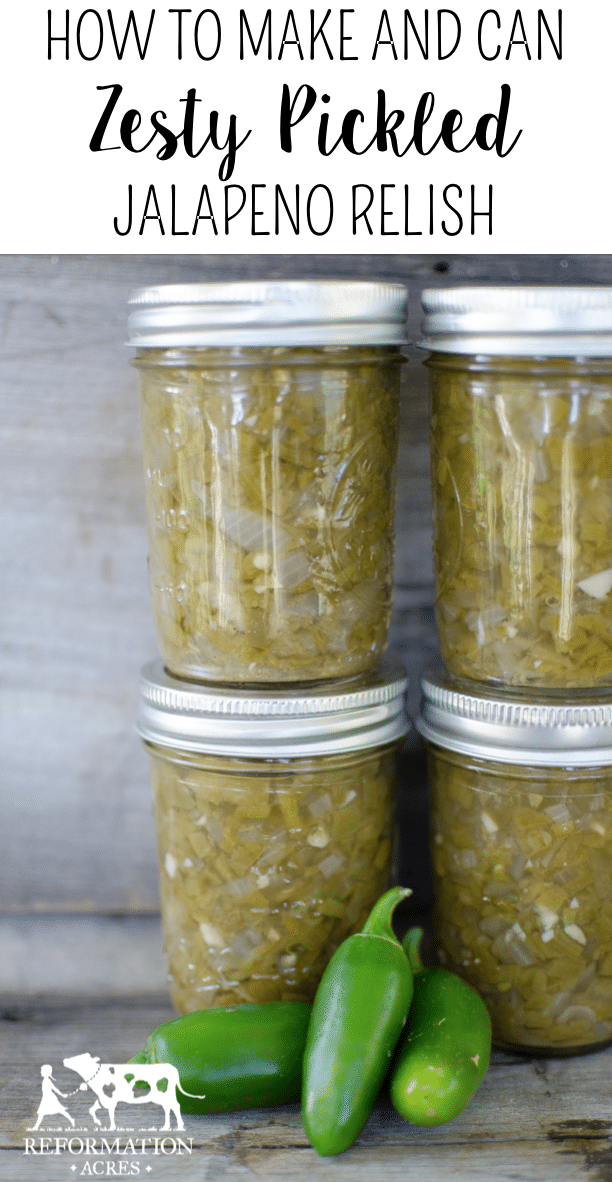 Because I’m growing a crop over on the other side of my garden that is virtually trouble-free and abundant.

And it makes a mighty fine relish… Dare I say better relish than any cucumber based one I’ve tried?

That crop (as you’ve probably guessed from the title of this post) is none other than… Jalapeño peppers.

Because they’re pickled the jalapeños are zesty without being too hot. We use it anywhere we use regular cucumber relish, but we particularly appreciate them with scrambled eggs over the winter when the quick cooking vegetables we normally sauté in with eggs have been replaced by slow cooking root crops. Not exactly candidates for an easy breakfast. 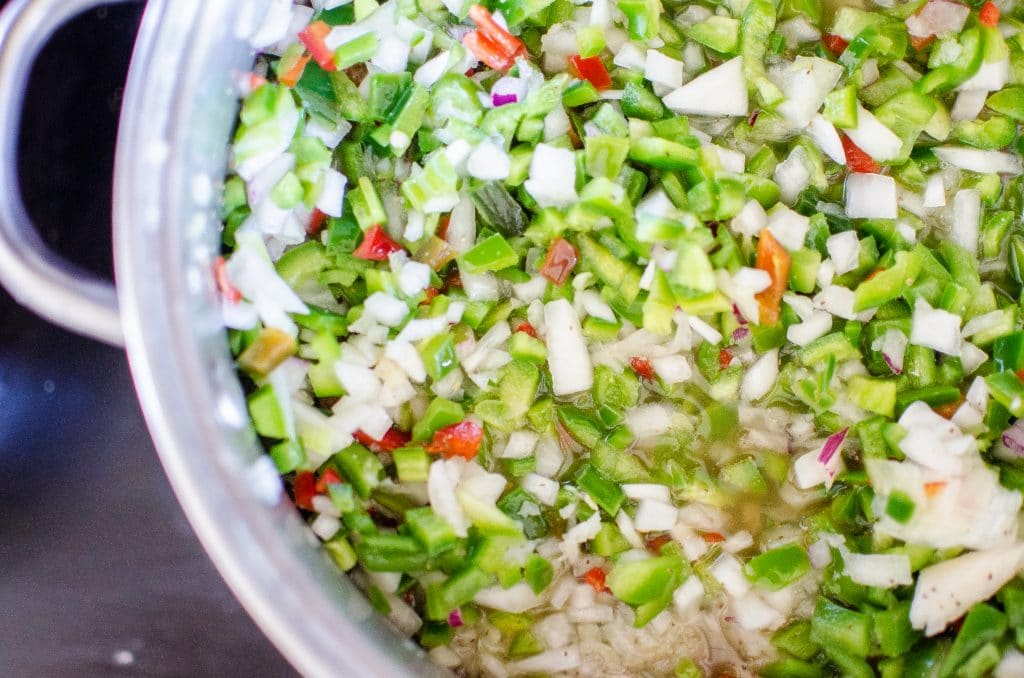 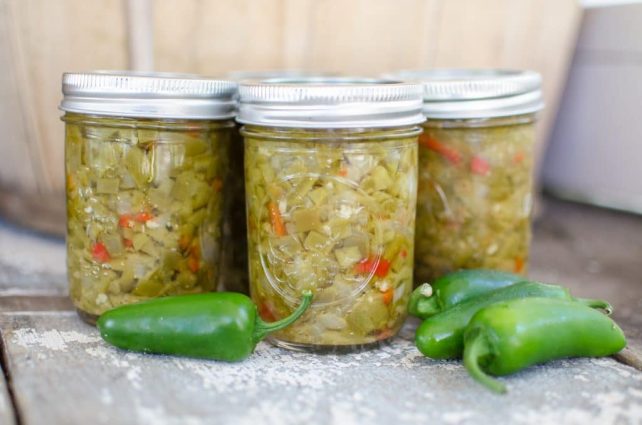 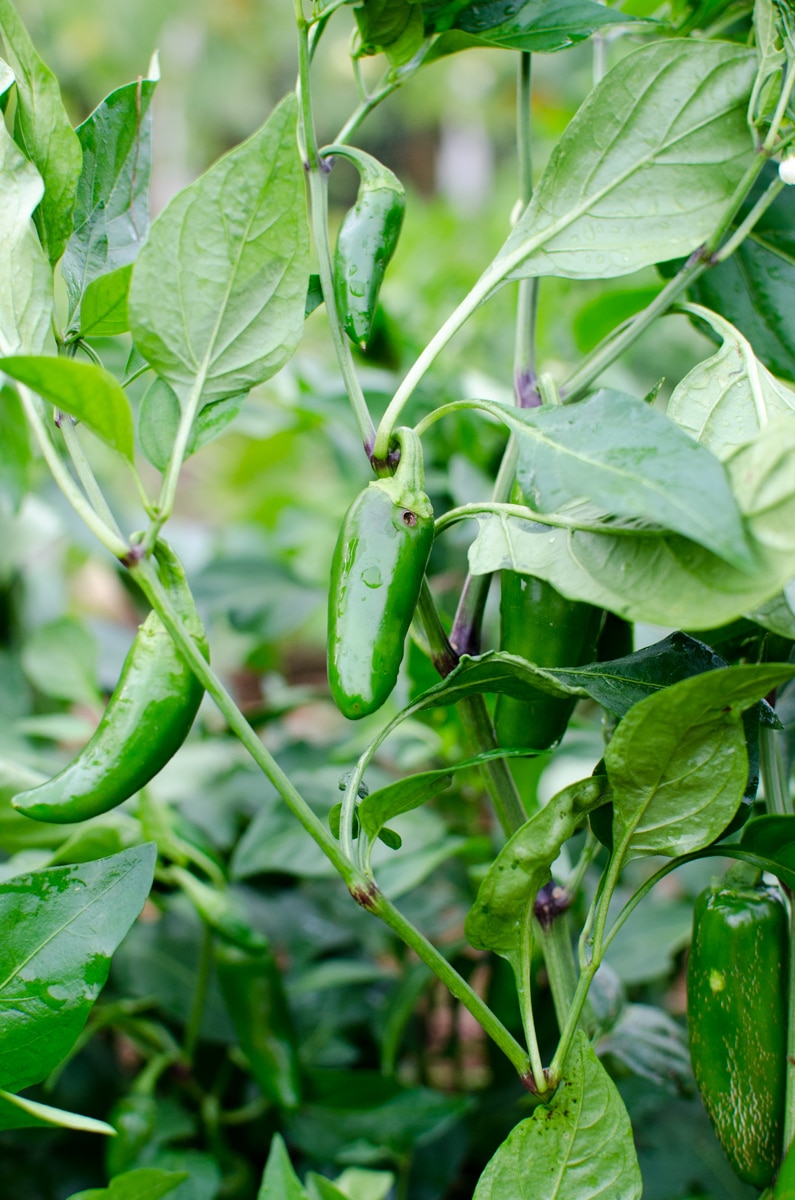