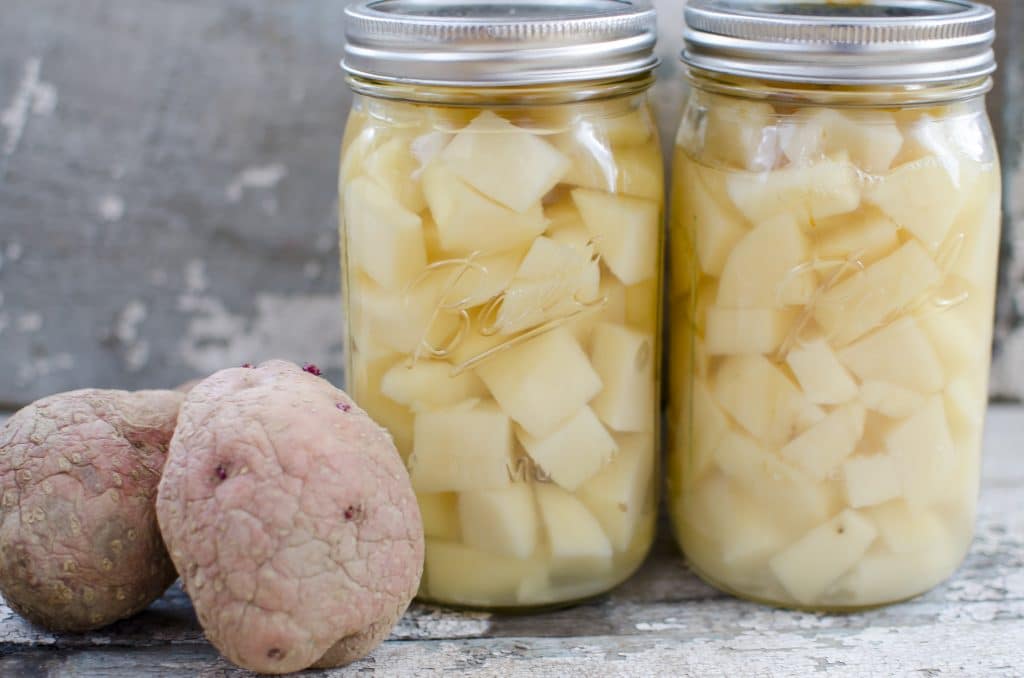 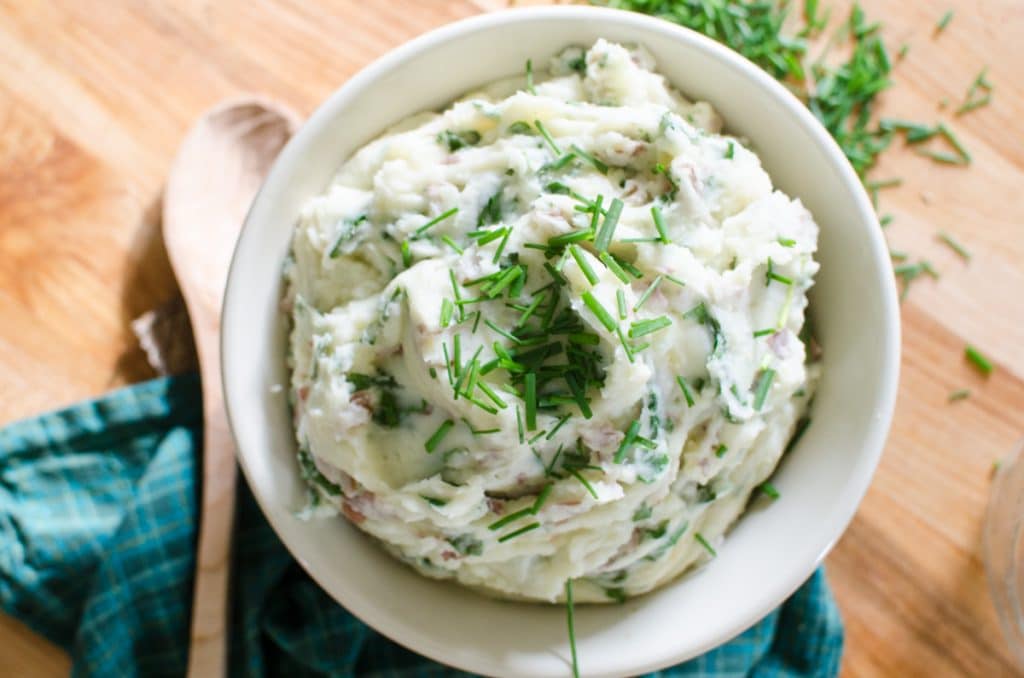 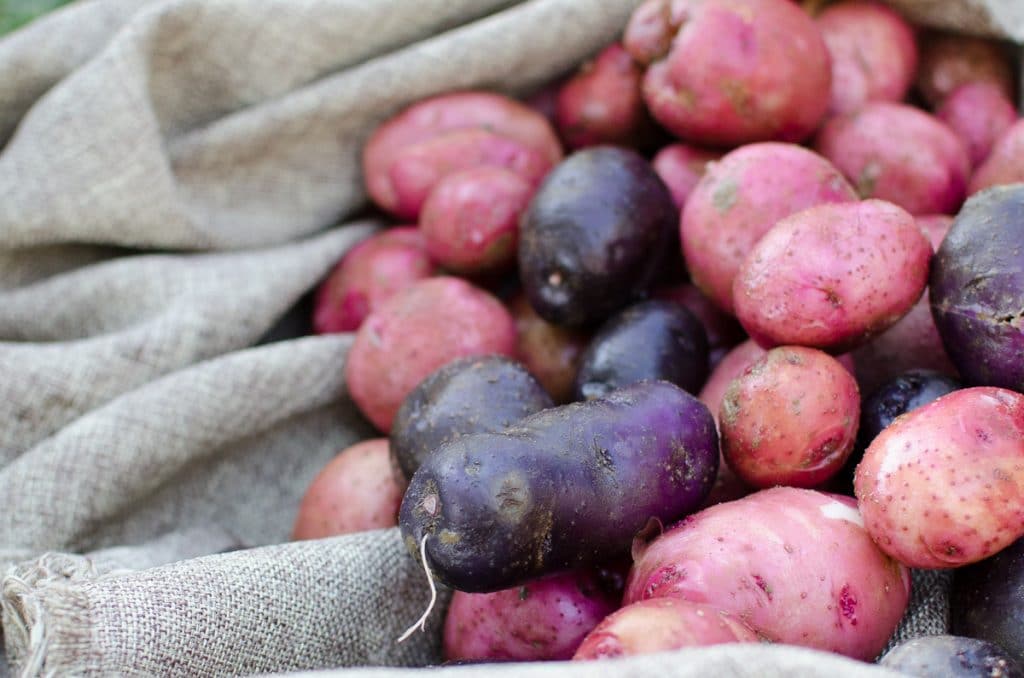 Last spring I bought seed potatoes with one goal in mind: Grow enough to feed my family for a year.

Lofty, I know, but I had done the math, overbought on seed just to be sure, planted in perfect weather (it was a warm, dry spring last year as opposed to the cold wet one the year prior where our seed rotted in the ground not once, but twice), and despite struggling with Colorado Potato Beetles, I harvested and weighed the bounty. I declared success!

I made sure to properly cure my potatoes, bought several wooden apple crates to stack the potatoes in, and stored them in the (unfinished) root cellar.

I don’t know if the ground wasn’t cold enough to chill the cinder blocks because it hadn’t frozen yet, or if it was that repairs made to the woodburner in the basement were a little too successful and the basement isn’t quite so cold as it has been in years past, or because someone put a couple bushels of apples in the same area for a week or two before I discovered them and freaked out, but whatever the reason the potatoes all sprouted a couple months after they were put up. 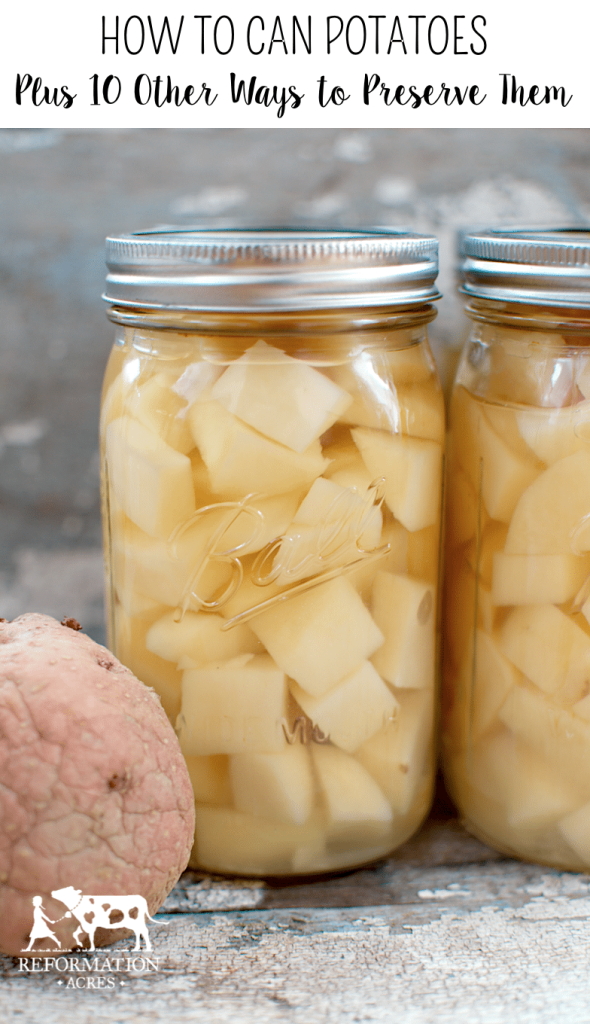 Which left me with probably close to 200 pounds of potatoes to either toss into the compost or get busy preserving. I’m sure you all know me well enough to know I chose the latter.

Many of the little new-sized potatoes (You know, the ones the kids had been instructed many weeks ago to bring to me first because I knew they’d go bad the soonest?) were far gone and had to be thrown into the compost pile. The rest I’ve been flicking eyes and figuring what to do with them. Mostly I just dehydrated them or pressure canned cubes, but there are many other creative ways to preserve potatoes. 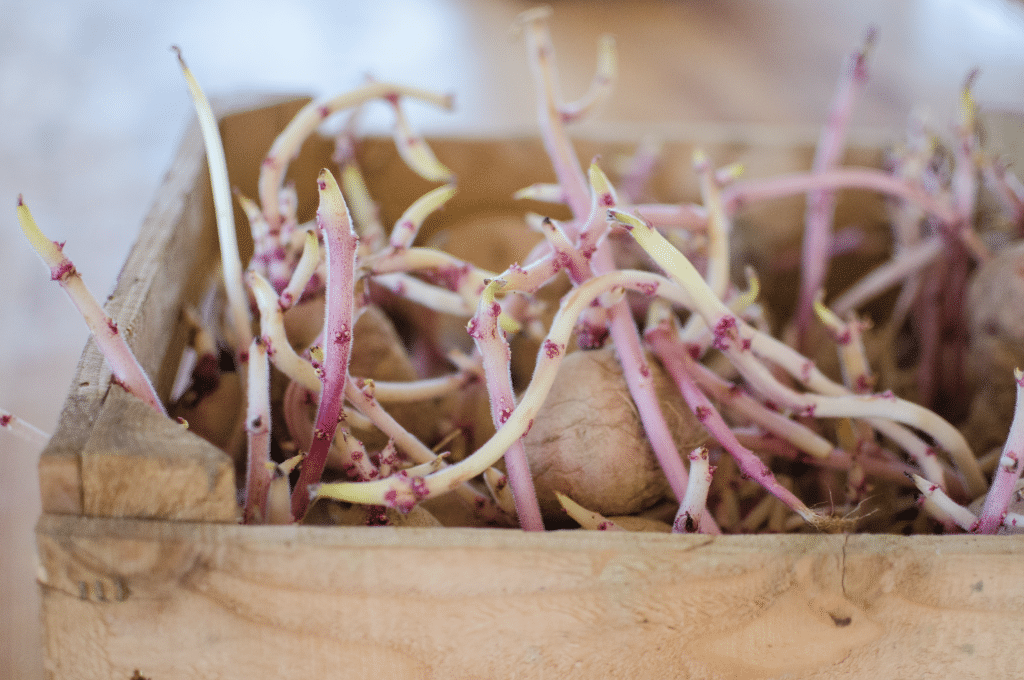 {How to Preserve Potatoes Without a Root Cellar}

• How to Freeze Potatoes

• Make Your Own Frozen Hashbrowns

• How to Freeze Mashed Potatoes

• How to Freeze Raw Potatoes

•  And, of course, there is always pressure canning them. These would be great in Fresh Corn Chowder!

{How to Pressure Can Potatoes} 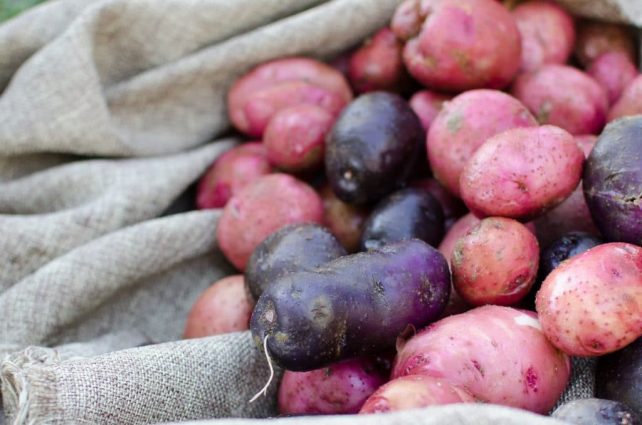 How to Can Potatoes (Plus 10 Other Ways to Preserve Them)

What is your favorite way to put up potatoes?