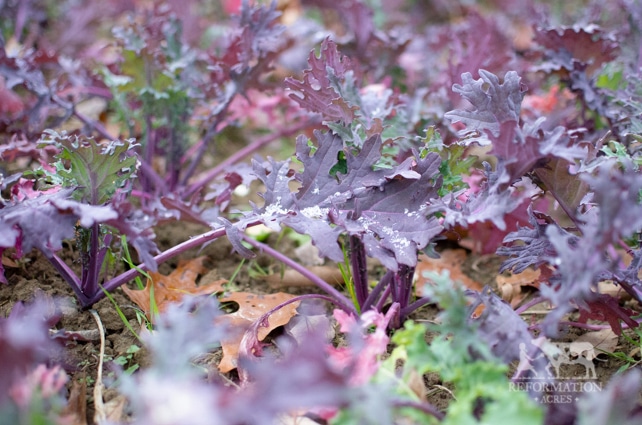 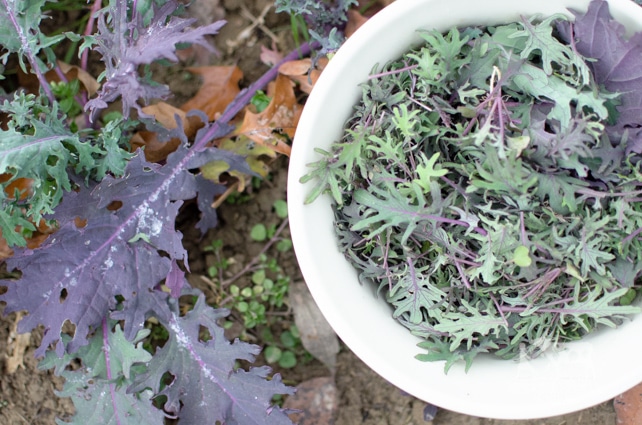 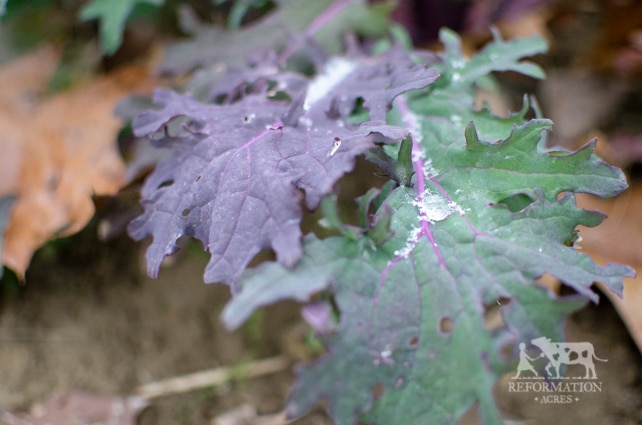 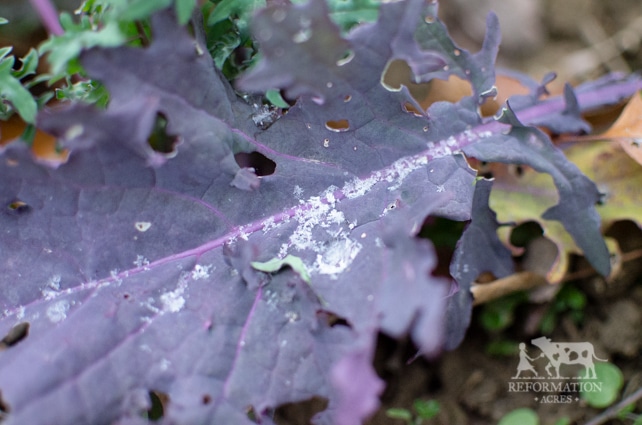 Kale is in my opinion the show stealer of the fall and winter garden! It takes such a beating from the weather and yet still manages to keep on performing! And this variety, Red Russian Kale, is especially dear to me as it is heirloom seed I grew & saved from seed I purchased years ago when we were at our old homestead.

November brought with it hard frosts, freezing rain, single digit temperatures, and a thick blanket of  heavy wet snow and it hasn’t phased this beautiful leafy green. When spring comes it will continue to nourish our family before blossoming, encouraging pollinators to visit the garden before it goes to seed. And just a couple plants will give an abundant supply of seed! If you’ve never had homegrown kale, you’re missing out! I’ve tried the store variety in desperation once- the year we let the ground lay fallow- and it was simply awful! It was so tough and chewy and flavorless. It doesn’t begin to compare. 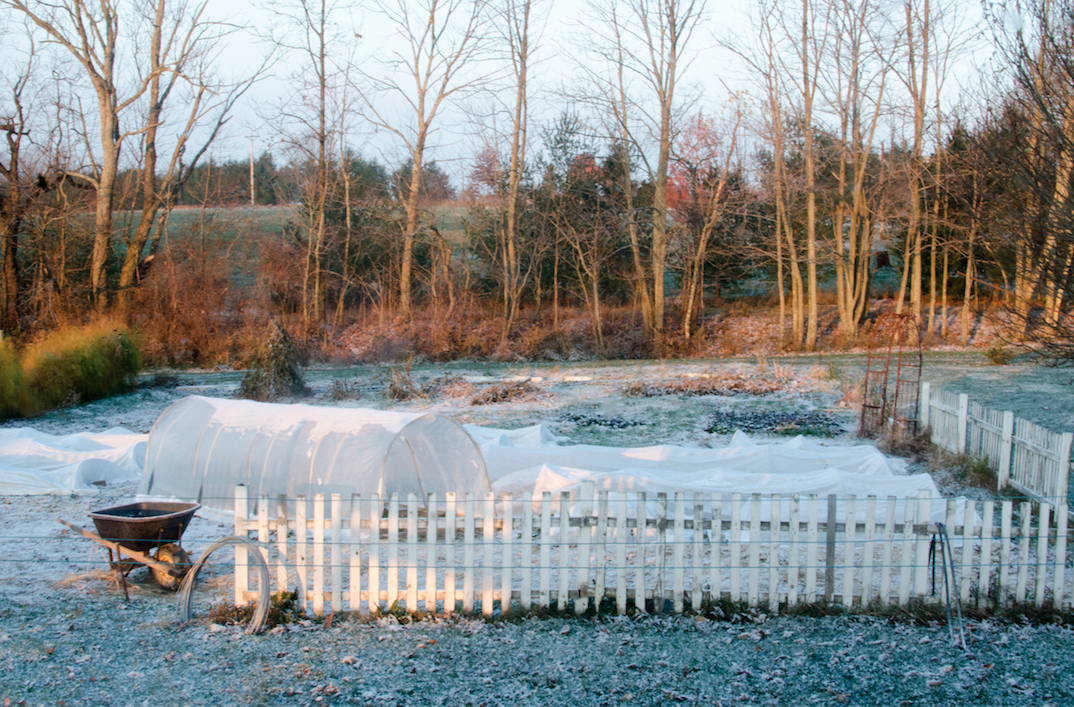 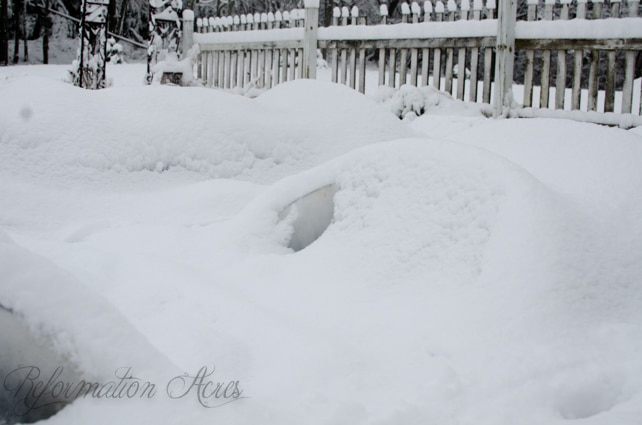 •A snowstorm hit mid-month. Quite unexpectedly. Well for me at least. I pay little to no attention to weather reports and the kids had been telling me they saw it was predicted to snow but didn’t mention anything about accumulation! It was such a blessing as I woke up that Monday morning depressed about events the previous day and was determined to rejoice and be glad in this day which the Lord had made. Seeing this surprise out the window did so much to help and distract! 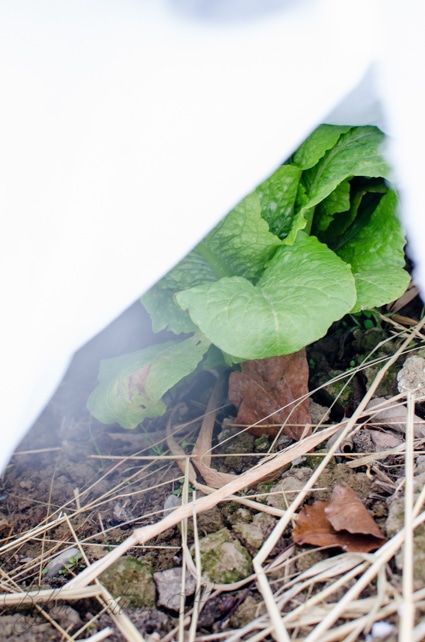 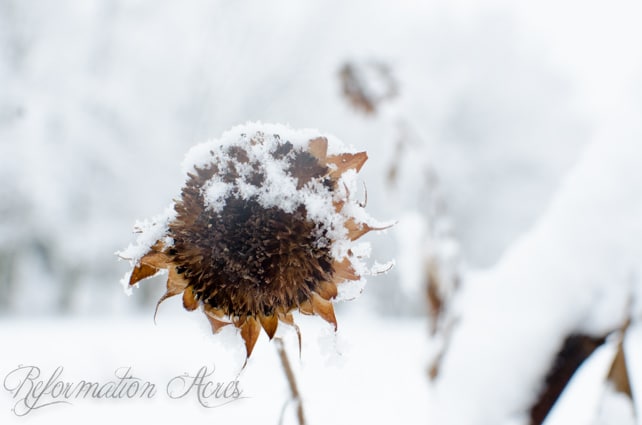 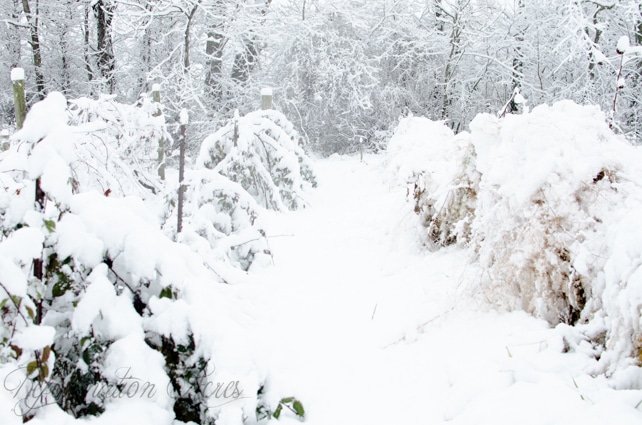 While the covers did provide some protection, shortly after the snowstorm, temperatures plummeted and the snow-wet covers froze to the lettuces. During that time they were inedible. Bringing them inside and thawing them and the cellular structure was damaged to sliminess. I expected we were done. But then a collection of greens, Freckles, Arugula, Claytonia, and Romaine were brought in and enjoyed just tonight at dinner so they must have recovered? Or all were not damaged? I need to investigate further.

We hadn’t been able to cover all of the patches of lettuce before this weather hit and I was able to observe that of the uncovered lettuces about 80% of the Freckles , which had done so well in the fall heat, was severely damaged whereas only 3% of the Romaine was in a similar condition!

I’m sure that this snow finally did in the cabbageworms I had spotted 6 days earlier still munching away on some of the cabbage. I was shocked to have seen them still surviving the cold weather! 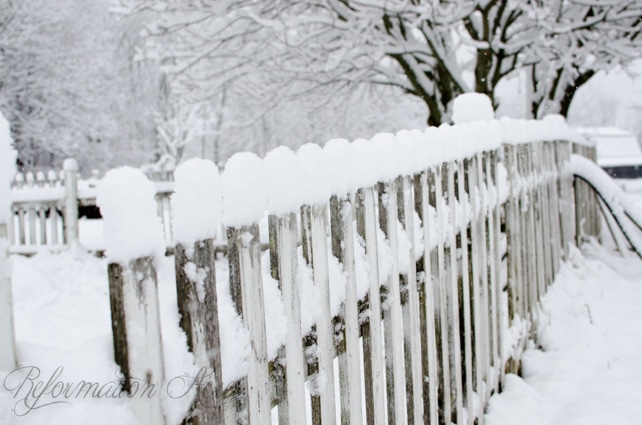 The snow has since melted and we had a lovely spell of warm weather where we were able to get the majority of the remaining weeds pulled and managed and the hay mulch blanketed over the bare earth to protect it from run-off.

I didn’t spend nearly as much time out in the garden as I had hoped to do. I thought that having it would force me out of my comfort zone and into the frigid temperatures to work, but the snow and single digit temperatures made too good of an excuse especially since we’ve started homeschool lessons and I’ve so much sewing to work on.

With more weeds to pull, ground to cover with hay, baby kale to thin, lettuces to harvest, as well as bean seeds to harvest and asparagus to trim down, I have reason to get some fresh air this month if weather permits! I find few things as helpful with beating the winter-time blues than finding some gardening chores to do… and then of course next month it’s already time to start onions!!

•Be prepared for an early visit from winter! It’s better to be safe than sorry.

•You’ve got a greenhouse, use it. I could have taken all the work of fall gardening I’ve done since July SO much farther if there would have been that second layer of covering to protect it from the wet heavy snow.

•Have winter’s cover of hay mulch here and ready to go before you need it AND next years as well. I really wanted to have this done and now until next summer it will be all about finding that delicate balance in weather  where the ground is neither too muddy or too frozen to pick up the old round bales you’ll see lying in fields rotting away.

•Harvest the pole bean seeds and bring them inside to dry instead of leaving them on the vines next year. That way I can get that area cleaned up and I don’t run the risk of having the weather keeping them from drying out.

Do you live in an area where you’re able to grow a garden in November? How is it coming along?