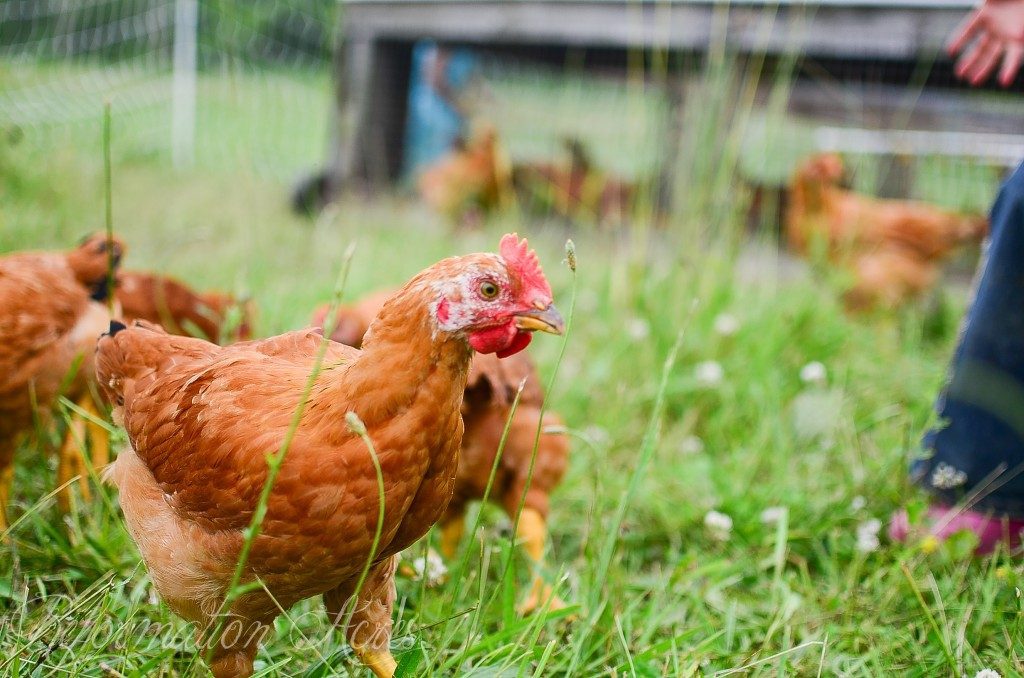 How much is chicken feed? How much does chicken meat cost when you raise your own? Find out how much it will cost to raise broiler meat chickens.

We’ve been raising meat chickens for several years now. Every year we learn something new and seem to generally be improving our system. But if we don’t keep good homesteading records to know the cost of raising meat chickens, how can we be sure we’re really doing it right?

We love raising the Freedom Ranger meat chickens (or whatever you want to call them) in particular.

We love watching our future roast chicken running around eating what it was created to eat- bugs, grass, weeds, grain. There is a discernible difference in eggs from chickens raised this way versus mostly all-grain fed and living in a coop/run situation. The yolks are literally orange! So it’s quite reasonable to believe the same improved nutritional quality will also be found in the meat of chickens raised that way as well.

We love doing it without using a chicken coop or chicken tractor where they spend all their time, really unable to move about any more than a chicken grown in a building,

Granted our predator load is pretty low here. We’ve maybe had one problem since moving… and that might have been our dog, we’re not sure. And after the first few weeks of age, the predator threat during the daytime is virtually nonexistent. Were we in a different situation, then I’m sure we wouldn’t be letting them run around where they please. After all, it doesn’t do any good to raise the chicken to save a few bucks on the chicken feed by allowing them to forage for the most diverse and nutritious of food if they’re just going to go and get themselves killed while doing it.

So don’t mistake me for telling you it has to be done this way or even with this breed. It has its drawbacks to be sure. (Takes longer to raise them up for one…) I’m just saying that after conducting trials comparing them from start all the way down to the roasting pan finish, these guys are our fave. 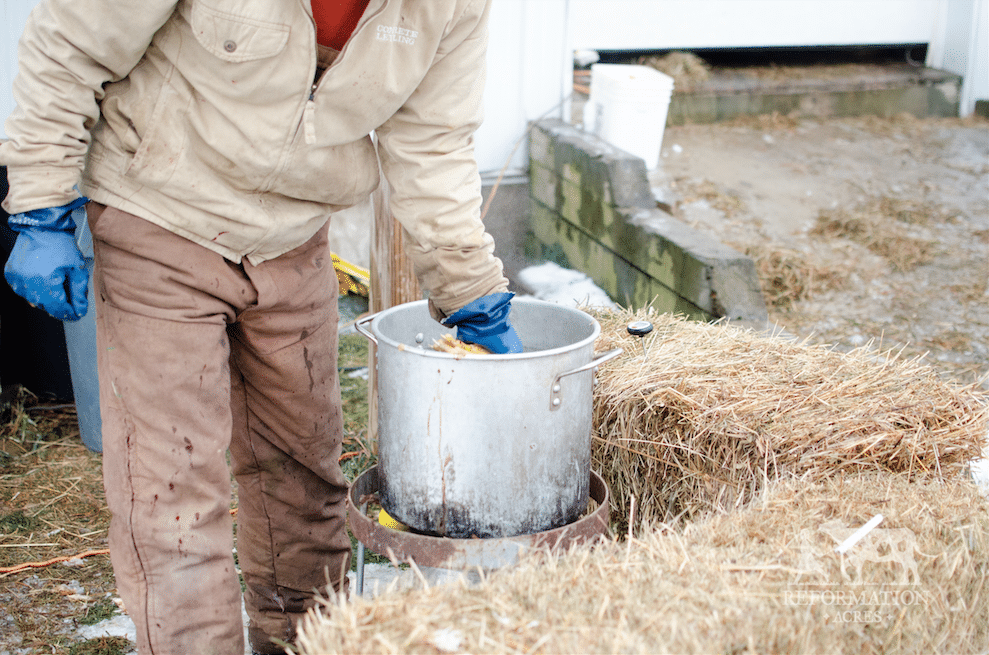 We did two batches of Rangers this year. Butchering meat chickens is anything buy pleasant work and by the time we’re through about 50 or so, we… and I suppose I should clarify and remind you, I play Baby Card and care for the little ones and make sure the butchering crew is fed… are ready to be done.

There was only a couple week overlap between the batches of birds so we were raising meat chickens from early May through mid-November. Next year, we’ll overlap a bit more since an early season snow storm and cold snap had these great grown bird huddling like little chicks all over again and we lost one just days outside butchering.

What did us in loss-wise this year was a different cold snap in August. I’m sorry, I guess I haven’t been in tune to the weather long enough to have realized it was even possible to get that cold overnight in August! Well, it did and we lost a bunch in a huddle. Our second batch of 75 chicks was nearly fully feathered and so we hadn’t been keeping the light on. The barn had been heating up enough to stay warm overnight. Then the next night, the brooder lamp blew out and even more were lost! So.frustrating!!

How Much Does It Cost To Raise Meat Chickens?

« How To Use A Homestead Management Binder
Gleanings From January »