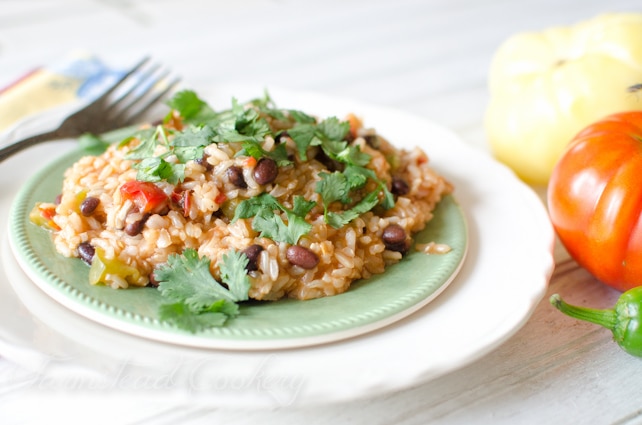 Growing up, Spanish Rice was a dish I’ve best described as Unstuffed Peppers. Since I could never stuff peppers and actually get the rice to cook, Unstuffed Peppers (Spanish Rice) matched the flavors without all the fuss. I like it best piled up high on a slice of fresh (baked the same day) buttered bread. Is that a mannerly serving suggestion? Nope. But we’re good friends, so you’ll let it slide, won’t you? At any rate, whatever I want to call it, it’s Bill’s second favorite dinner. The first being my mama’s lasagna.

This is not that Spanish Rice. And I’ve yet to ask Bill if it has supplanted it’s predecessor  as Second Favorite Dinner, but it has been declared to be just as good as a Chipotle Burrito (even without the shredded pork) and so I’m pretty darned stoked about that! (Big Family + Chipotle (even with splitting)=$$$) 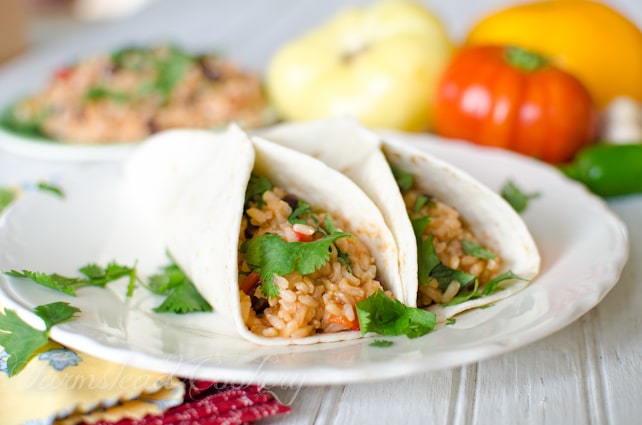 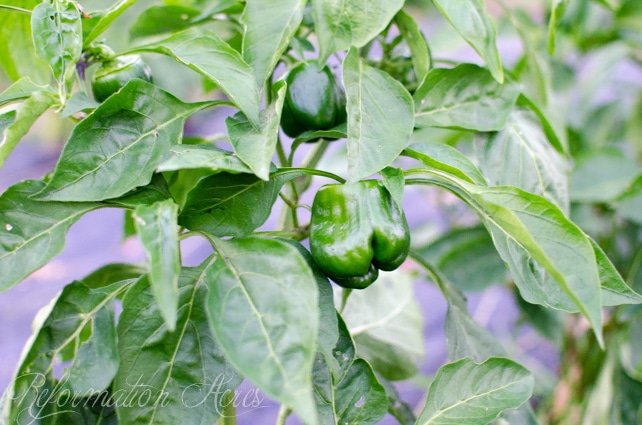 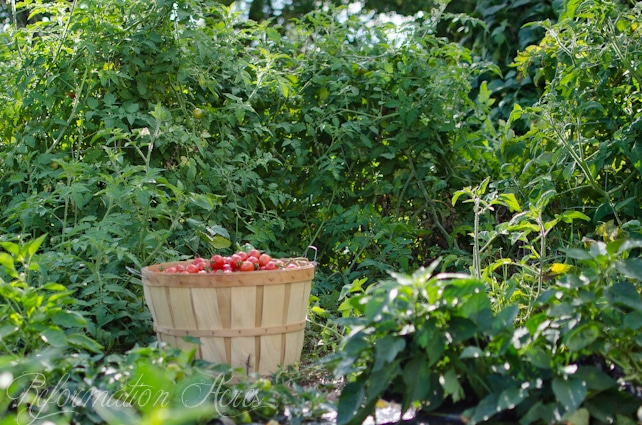 But I’ll tell you what I love about this dish besides being Yes, it’s THAT Good, it’s a straightforward, pretty quick way to dump a load of garden fresh veggies on the dinner table.  These are the meals a homesteader’s wife lives for during the busy September food preservation season.  Funny too much time is spent saving the food to actually cook much of it. I spend most days just thanking the dear Lord that I’ve not gone and burdened myself by keeping with the typical school schedule and that there aren’t any lessons to pile up on top of the workload. 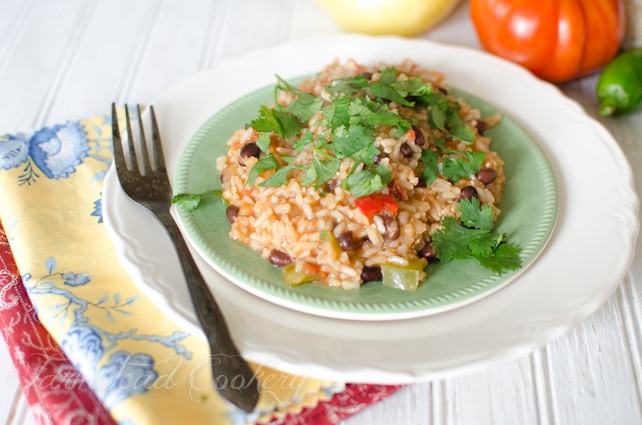 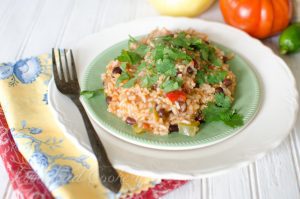 A flavorful Spanish Rice using fresh vegetables from the garden or farmers' market. Enjoy it as a side or wrapped in a burrito for your main dish.

« ~The Gardens in September~
Is My Cow Too Skinny? Evaluating Cattle Body Condition »