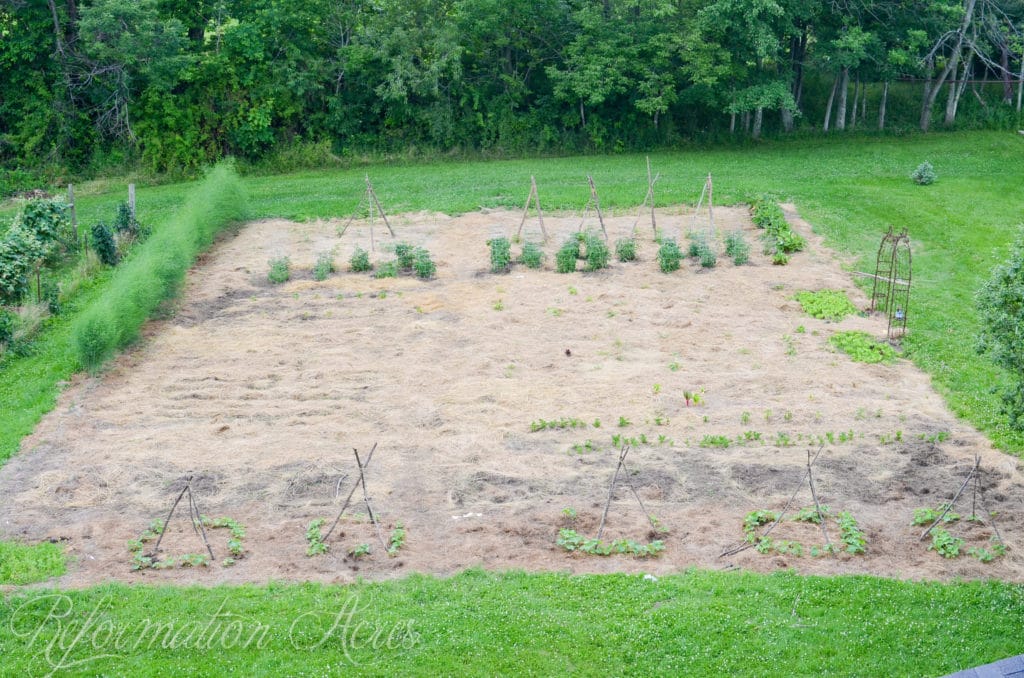 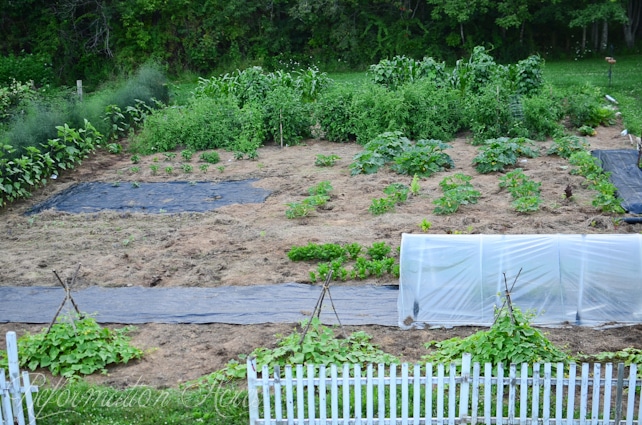 After an abysmal June garden report, I’m back to check in with you all and show you how the gardens did last month. I promise, I’ll try not to be quite as depressing.

Well it would seem things are coming along, I suppose. At least visually and Green-Growth-Wise. My problem is, I’ve got to figure out what to grow so that we’re eating from the garden in June and most of July… I remember thinking that a couple years ago too. Surely there is something that ought to be producing then!? 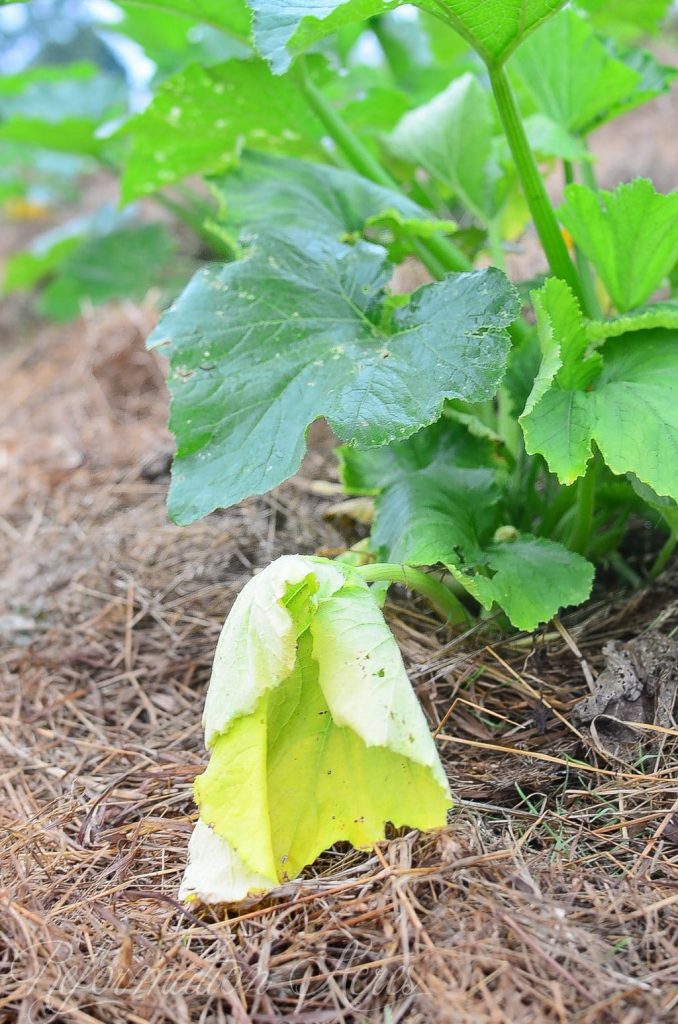 •As it stands right now, we’re just beginning to get a trickle of summer squash. (I’m sure the rest of you are up to your eyeballs in it. It might be hard to be grateful for the influx, but do it for my sake!) I’m nervous that we won’t get too much beyond the next few weeks what with the cucumber beetles doing what they do best and destroying them one.plant.at.a.time.

There was one week where I went out and there was a new plant wilted and dead every morning between the squash and the cucumbers!

The rhubarb spray seemed to  slow the destruction down for a short while, but I’ve been less than consistent with applications since there is only a short window in the day I like to use it and that same window happens to be the Bedtime For the Kids window with all of the chaos and madness that it brings. 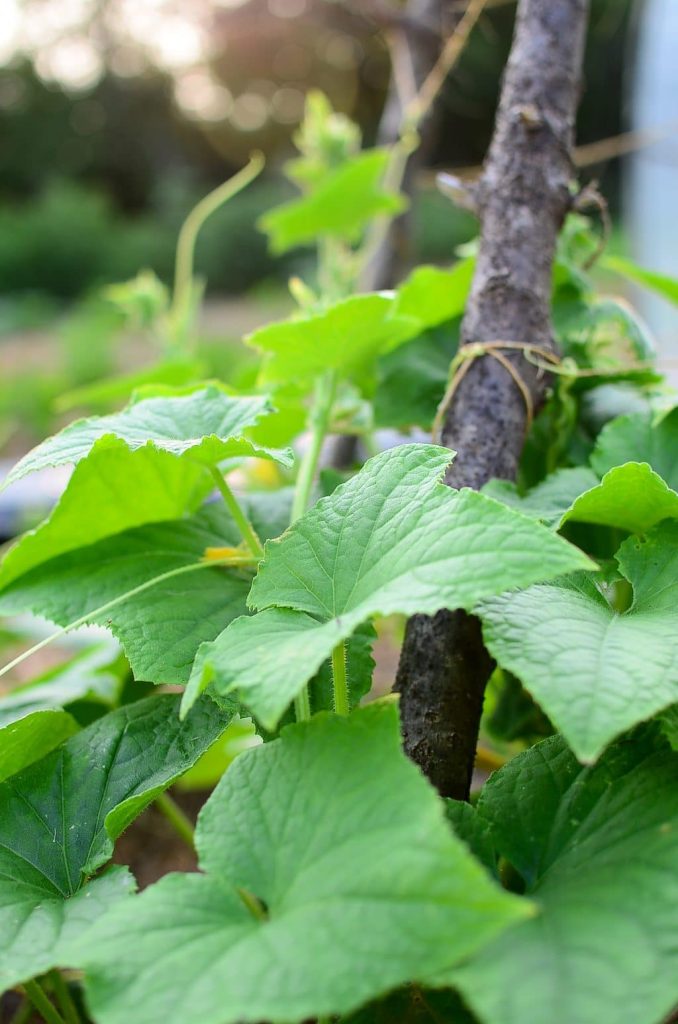 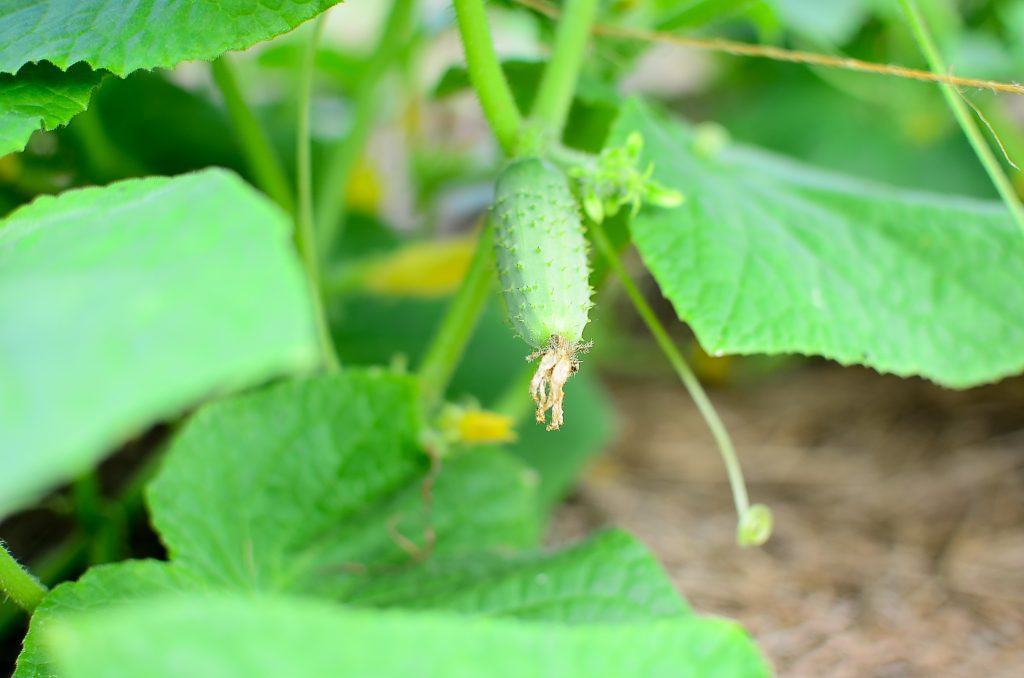 •Speaking of cucumbers, those are producing well enough to have us nearly enough sweet pickled cucumber slices to last the year. Now I can start in on the snacking dill pickle spears. Those are nice to have on hand, but if we don’t have them, I won’t go out and buy them the way I will sliced pickles.  (I stopped buying snacks a few years ago. I learned they disappear into thin air and then not-so-surprisingly, no one is hungry for the meal I slaved over. So canning snacks is super low on my priority list of things to do, but pickles are so simple to can, I’ll indulge them if I get a moment and a spare pound of cucumbers or three.)

I expect the cucumbers to be long gone before the next garden update.

Thanks you striped little monsters. 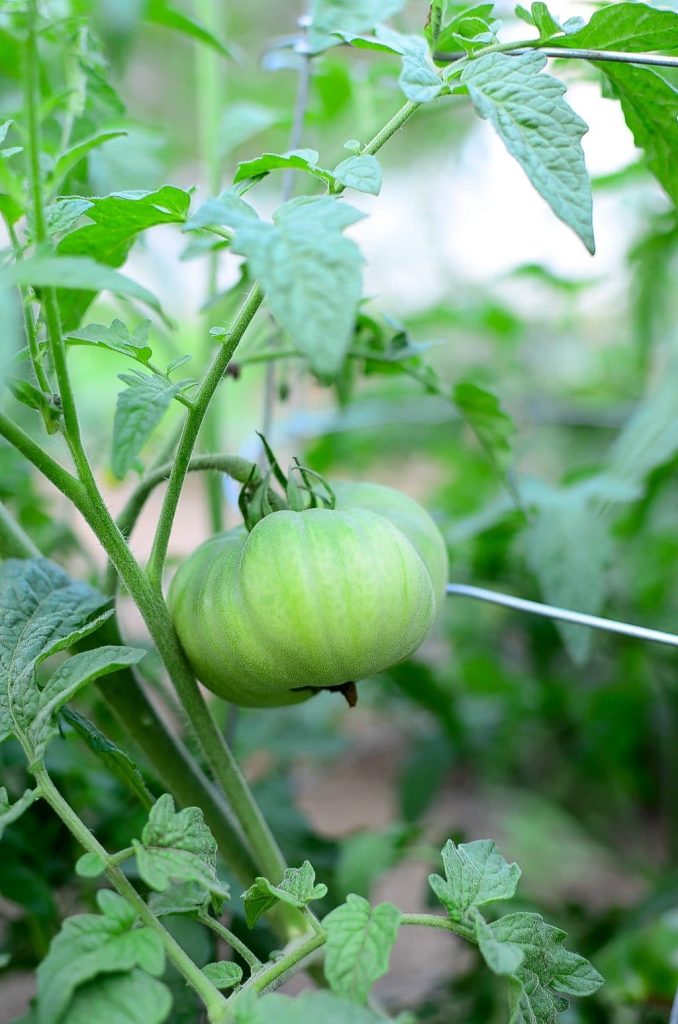 Nope, No. Forget all that. I wait for homegrown tomatoes to ripen in the summer before getting a taste of the best flavor summer has to offer. That, my friend, is what really tests a person’s patience! The kids are simply behaving just like me except I’m old enough to know better and oughta be able to practice more self-control. 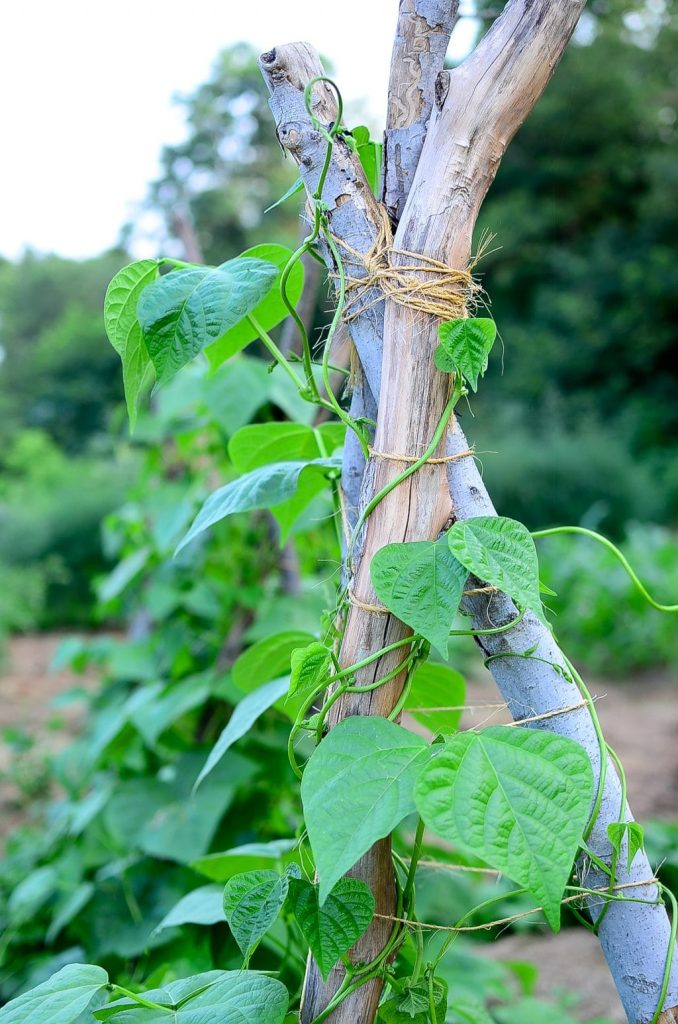 •I’m doing a few new things over in the dead zones in the garden…. Did you notice?

First, see the black tarped areas? I read in The Market Gardener that they use the UV black fabric to kill down weeds and seeds a month or so before planting. It was an investment I would have balked at in the past, but one I hope will be worth it. So far it has kept me from doing a whole lot of weeding.  And hopefully when I peek under prior to transplanting the fall garden, I’ll see just how nicely the spent plants and old weeds decomposed and contributed to the organic matter in the garden.

Also, I’m trying a little test where I’m starting some of the fall garden in seed flats and then transplanting them later. I have the caterpillar tunnel, open ended on each side, with beets, kale, cabbage, and broccoli growing. So far they seem to be doing well and I’m thinking that by not starting them indoors this time, I’ll be able to avoid the sensitivity issues that seedlings have during hardening off.

The only issue I’ve had with this situation so far is that we had a raging thunderstorm one afternoon and a wind gust (that also took down about half the corn & tomatoes) picked the tunnel right up, flipped it sideways, and killed a pepper plant. Since I didn’t notice until the next morning, the seed trays were soggy from all the accompanying rain. 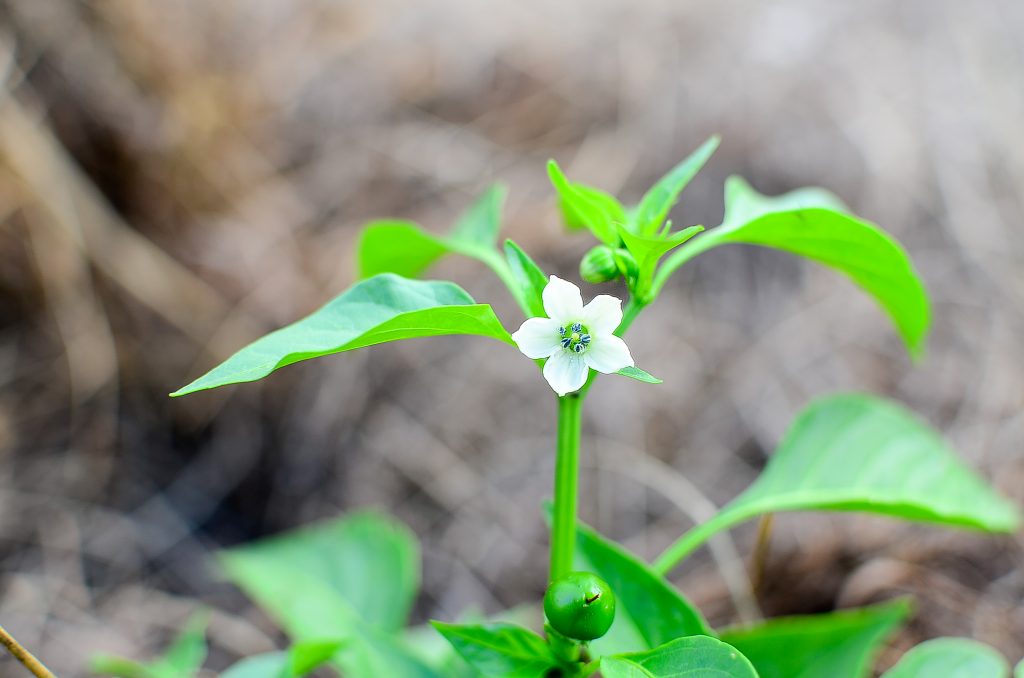 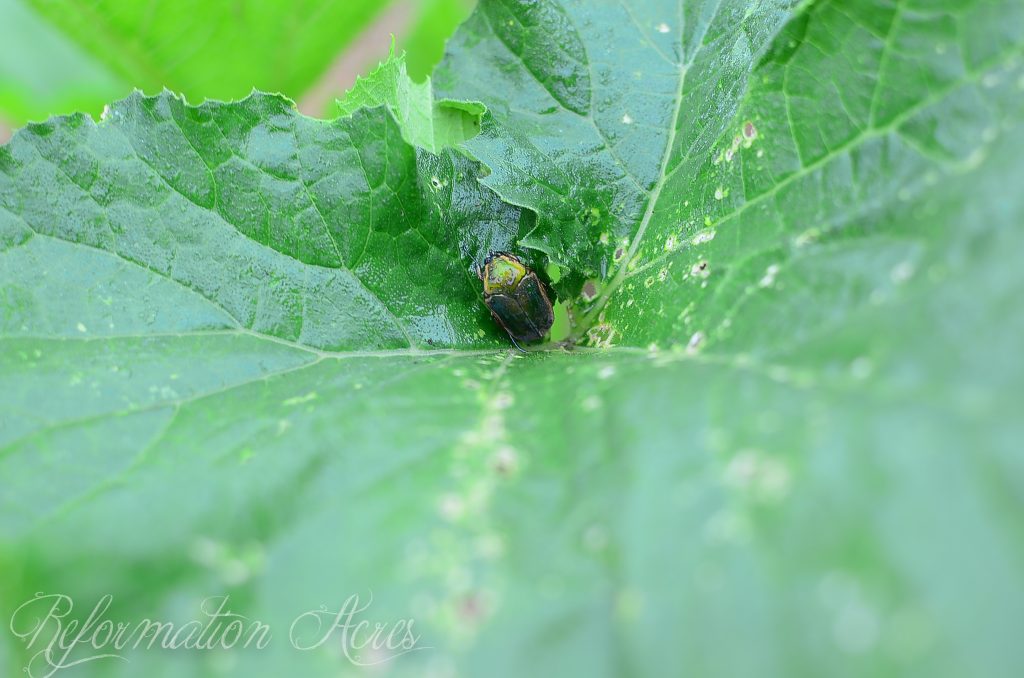 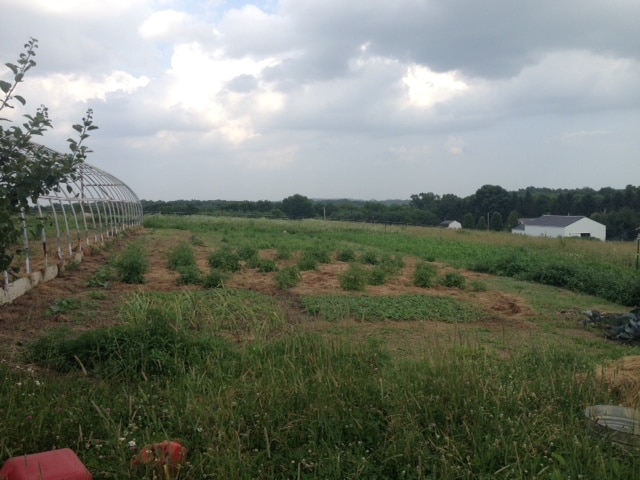 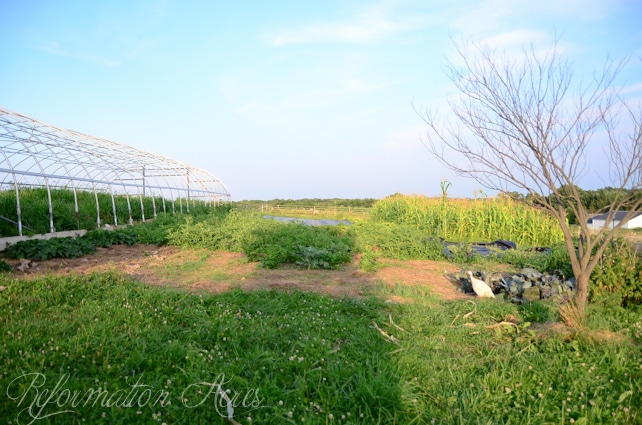 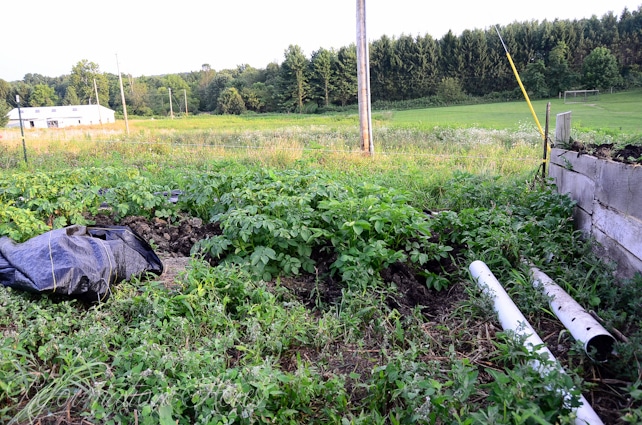 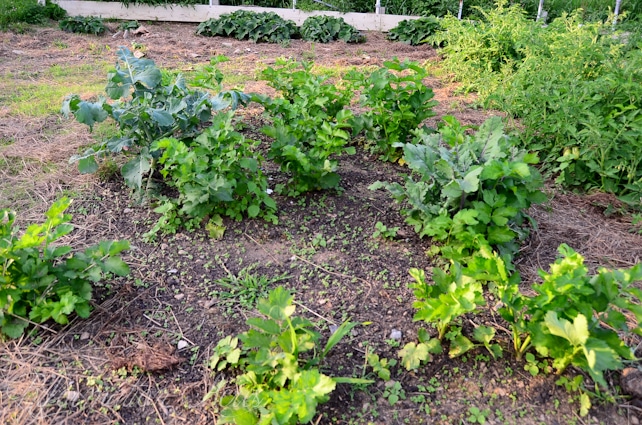 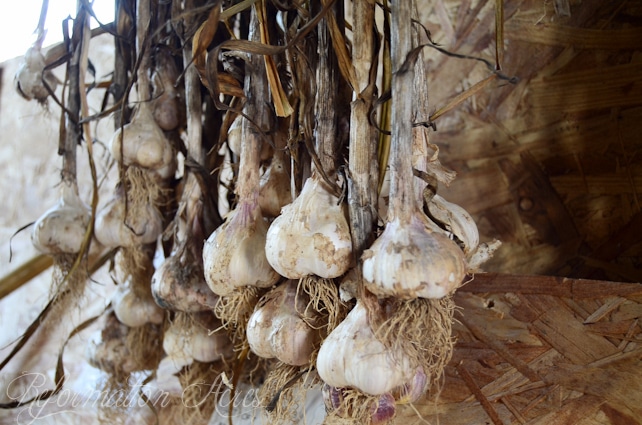 Heading over to the Pantry Garden, we’re dealing with something occasionally strolling by and chomping down the onions and carrots. Meat chickens escaping their enclosure and taking out a bunch of the cabbage. Not being able to find any brussels sprouts seedlings I planted, except for maybe four? Or are those cabbage? Well it’s some sort of cabbagy/broccoli looking plant growing at any rate.  We finally have some potatoes in the ground, growing well and looking good. But altogether, it’s still just a big waiting game. Except for the garlic. I was thankful to have a beautiful gathering of garlic… maybe not the 11 pounds I had hoped for. But since a third of them were accidentally burned to the ground and managed to survive, I’m glad for what we do have!

Honestly, I spend little time in this garden. I don’t know if it’s because it’s not as pretty or if it’s that my husband declared his hatred of no-till gardening methods and pretty beds and the hassle of hay mulch during an argument one fine spring day and declared the Pantry Garden as his own to compare to what I do in the Kitchen Garden. See which does best.

Yeah. I’m pretty sure I must have a competitive bone or two and though I’ll occasionally have pity and help him with hand pulling some weeds, for the most part I’m going to let him do it his own way.

He has since back peddled on the whole hay mulch thing now that he sees how much work it does save in the end and that the soil underneath isn’t cracked like a desert. And he has come to appreciate the beauty in the Kitchen Garden (where things are actually growing). But the no-tilling thing I think is going to take another spring or two to convince him.

I’m hoping that by then I might have matured enough that I won’t gloat too much.

LESSON OF THE MONTH

Grow plants that are productive through June and the first 2 weeks of July!!

Got any suggestions for me?