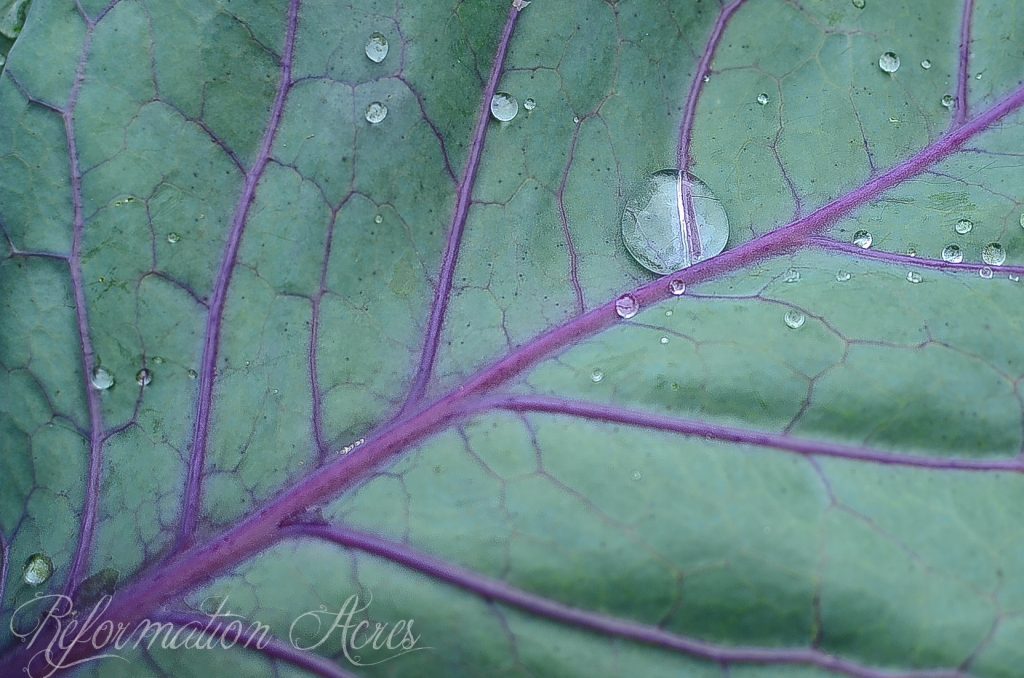 I remember this time of the gardening season. After seed sowing, before the harvest, not quite the calm before the storm.

With a larger space to manage this year (x’s 8!), it’s taking me a little longer to get to that calm before the storm point though. That’s where those first post-sowing weeds are all up and needing pulled and the hay mulch layer down on top to prevent the next round.

We’re picking up 20 square bales on Monday. The 200 we were working on getting fell through so I’m incredibly thankful to be getting these… for free. And only 18 minutes from a town we’re going to anyway to pick up this year’s batch of layer chicks.

Next week, I’m going to lay that hay down, plant some peas that are chitting on a shelf right now, plant some replacement strawberry plants that came in the mail yesterday, re-plant the potatoes, stake & trellis the tomatoes, cucumbers, & beans, and give everything a bit of fertilizer. I’m also hoping to get the chicken coop cleaned out & white washed and clean up the unruly brambles and grape vines. A bit too ambitious, I know.

If I really crack the whip on myself, maybe, after that’s all done, just maybe I’ll be able to enjoy a few calm weeks before the big harvest rush.

Today,  I set Hannah to making breakfast and got right to work weeding, more weeding, and mulching. It started to rain and unless there bolts of lightening coming down around me (not a common occurrence at 6:30AM) I wasn’t going in!

I have found that it takes a second layer of hay mulch a few weeks after planting to get good coverage, especially where it was laid down thin so the seedlings could come through. Then you don’t want to weed until they’re getting pretty established so you don’t pull the seedlings up with the baby weeds.  It kind of gets away from you at first. 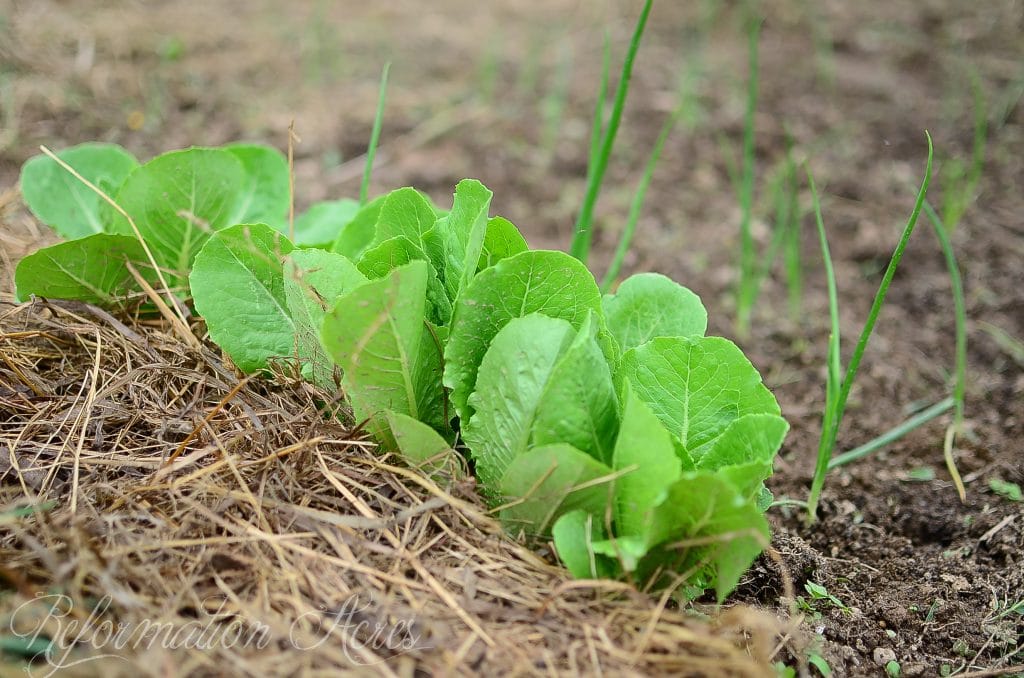 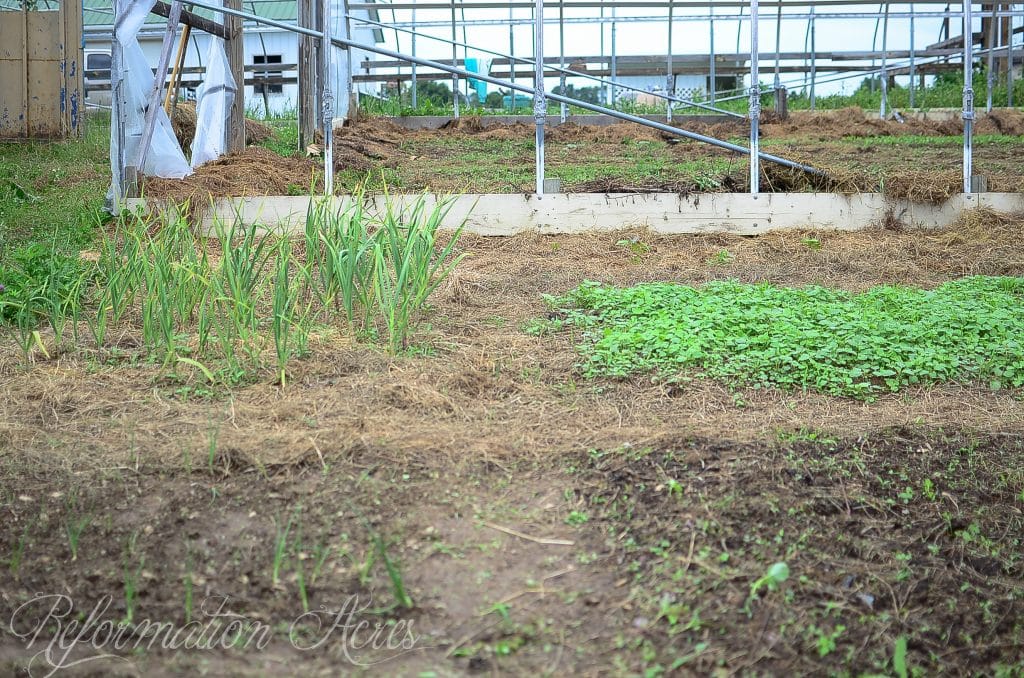 While I was out there, I couldn’t help but think about how the number one warning I get when I discuss hay mulch. You better use straw or else the grass seeds will take over your garden and you’ll never get through weeding them.

Well I’ve busted that myth and you can see it here for yourselves.

On the  left is a plot of garlic. It has been hay mulched once in the fall and twice so far this spring.

On the right is a square where I planted carrot seeds and didn’t lay down any mulch. See the carrots? No, me neither. That’s because it’s so overgrown with weeds.

The last time I weeded the garlic was the same day I sowed those carrot seeds. Need I say any more? The photo says it all.

And pretty much the only weeds in the garlic are thistle which was there before and can’t be irradiated by mulching but only 2 years of diligent hand-pulling.

So there you have it. Hay mulching does not necessarily cause an overgrown of weeds any more than not hay mulching. 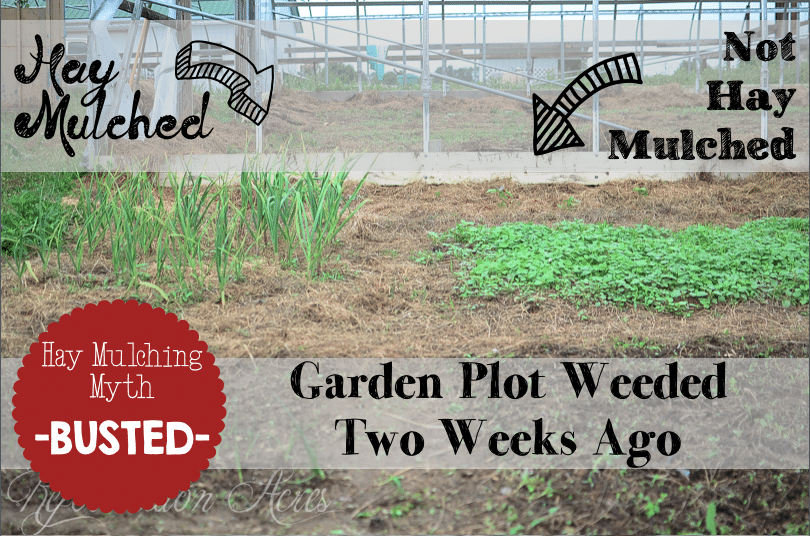 We also worked on getting the edges of the greenhouse covered with cardboard and hay mulch and then sowed it with oats to try to keep the weeds suppressed until planting time when we’ll turn them under. The melons we planted in there had abysmal germination rates. Which has pretty much been my experience with the company those seeds came from and why I don’t buy mine from there. 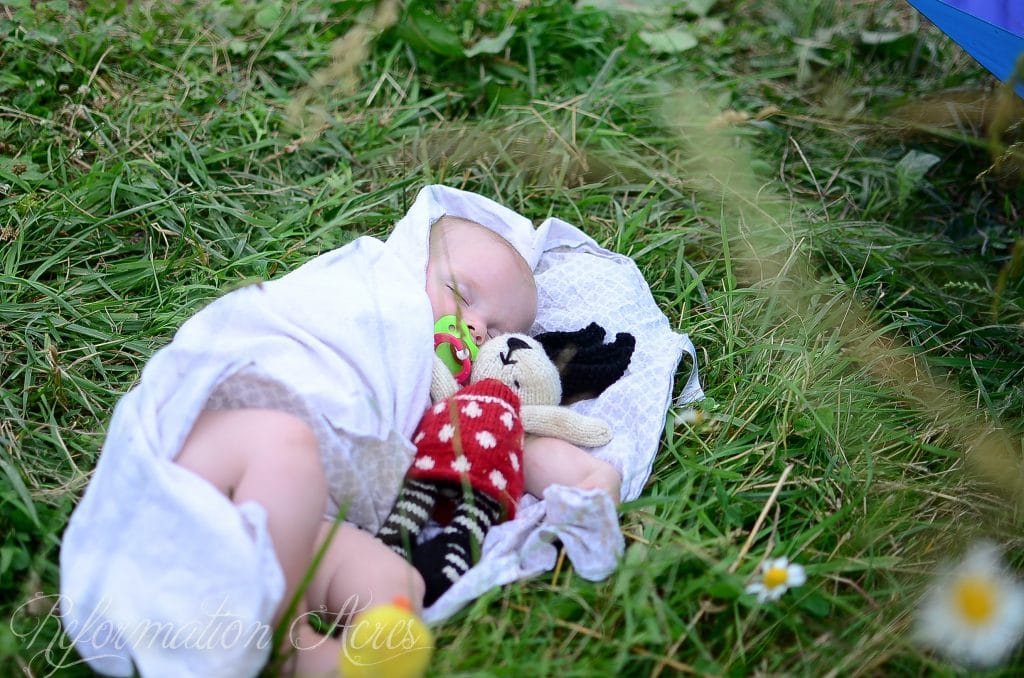 In the meanwhile, I couldn’t possibly be more thankful that tomorrow is the Lord’s Day, I can rest from my labors, rejoicing in His wisdom in giving us a day where we can leave our cares of the week behind and focus on worshiping Him!

May yours be just as blessed and restful as I hope mine to be- Good Night!