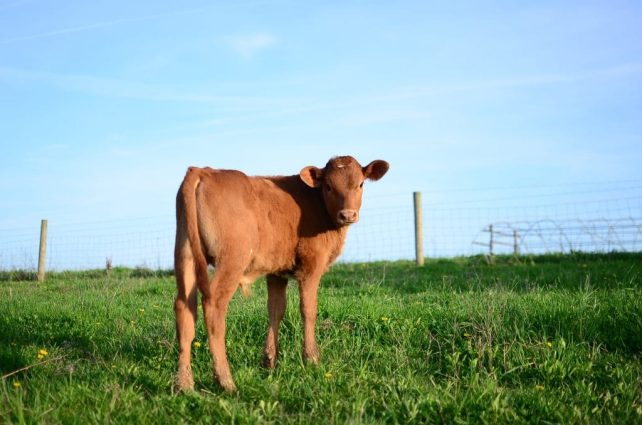 Last week the (not-so) little feller had the runs.

We aren’t sure why he had diarrhea. All we knew is the last time we had a calf with scours, we all ended up with e-coli poisoning.

Yeeah. You’re not going to be seeing me volunteering to deal with that again.

The pasture was put on lockdown. No kids in. No kids out.

Those of the children who were stuck in the pasture when the illness was discovered simply had to camp out in the barn for a few days amidst torrential downpours and violent thunderstorms. Food was thrown out the window to them and they had to run and grab it quickly before the chickens made it there first. Survival of the fittest.

You’d understand if you had felt those debilitating stomach pains before. It wasn’t pretty. And that was back when there were just 8 of us. Now there are 10.

Let’s do a little math. 10 people – 3 bathrooms= Not enough bathrooms for e-coli.

Ok, so while the situation was urgent, I did let the kids back in the house. But we did take some precautions.

Livestock caretakers were limited to as few as possible and there was a strict “No Shoes in the House Policy” temporarily enforced. (Because I’ve given up on the hope of ever having it a permanent policy.) Hands were washed thoroughly upon penalty of death.

After a few days of this going on, I started to be nervous for a little more than just us. Poor Rusty wasn’t feeling well and I wanted him to get better so he could get back to the business of growing himself up into a strapping and beefy steer.

Can’t do that if all your nutrition is running right out the other side, can you now?

We started to discuss if we wanted to treat it and how. Time was obviously not proving itself an effective remedy. In the midst of the discussion, I remembered being told during The Great E-Coli Scare of 2011 that a Great-Uncle of mine had dairy cattle and he treated it with blackberry root. 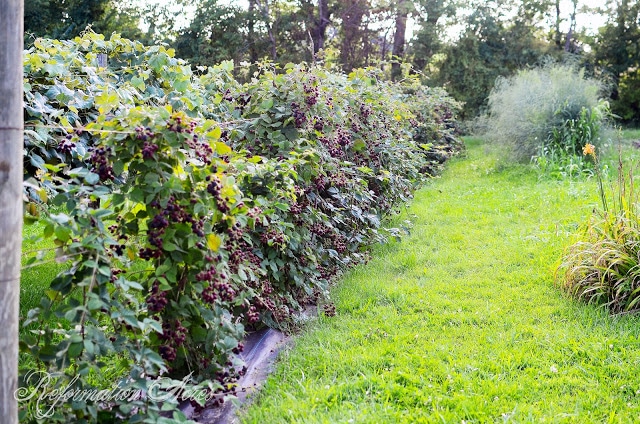 Well who happens to have a ton of blackberry brambles that in her new backyard?

Why that would be Yours Truly!

Utilizing the grunt-working, teen-aged muscles, and herbalist nature of my oldest son, I placed Rusty’s medical care in his hands.

He dug up a handful of roots, covered them in water, and simmered them on the stove for about 20 minutes. Once it was cool, the roots were strained and the tea, since he’s not a bottle-fed calf, we added soaked some grain in it to get it into his system.

24 hours later his “movements” were once again solid!

Blackberry roots are an herbal astringent so the tea worked to dry him up. The same principle to naturally treat scours in livestock can be used for all animals. Make your tea and give it to them in doses until you see it has been effective. With all diarrhea illness, make certain that they have plenty of access to fresh clean water.

I’m thinking it would be prudent to make sure we have some root pieces dug up and stored before the ground freezes again. For the Natural Bovine Medical Chest.

Blackberry Root Tea for the Treatment of Livestock Diarrhea

If you don’t have access to blackberry roots, you can buy them HERE.

And please, until their system is cleaned up, be vigilant about cleanliness. Trust me. You do NOT want to get sick from them!

Psst… by the way, as a disclaimer, I’m not a vet or anything like it. But I have successfully treated a calf for scours with blackberry tea. 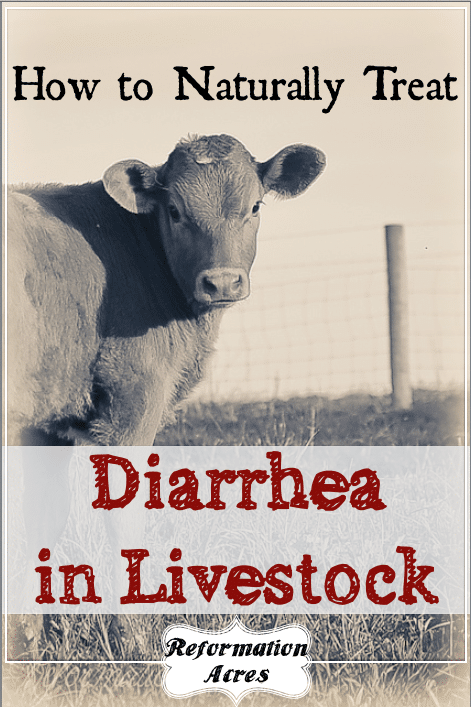