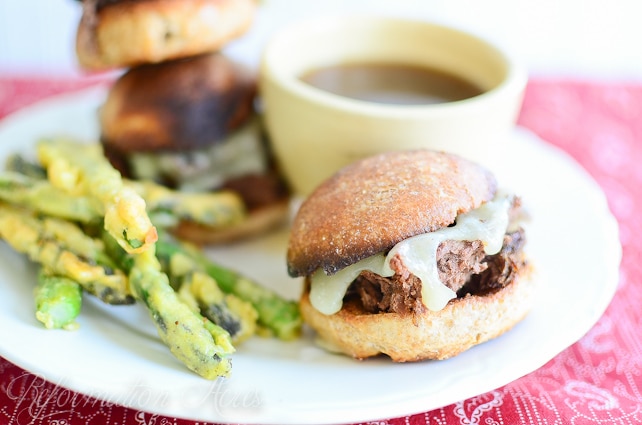 French Dip Sandwiches made in the crockpot with only a handful of real food ingredients! Slow cooker meals don’t get more simple & delicious than this!

Don’t judge me. I burnt my buns.

That makes for three times running that I went to make French Dip Sandwiches to share with you and burnt my buns. But since these are the least burnt, I’m going for it anyway. My only consolation is the Dip in these little guys makes up for all the burniness (no spell checker, not “burliness”- I said “burniness” and I meant it. I’ve been a mom to toddlers for almost two decades and we can make up words if we want to! I blame Dr. Suess.)

Hopefully, you’ll love and appreciate these sandwiches not so much for what they do have (flakey, crisped up edges) as for what they don’t have. And that would be chemical nasties such as MSG, hydrolyzed soy this, & yeast extract that, and wheat gluten the other thing. Among other unrecognizable ingredients (As found in here.)

And it tastes just as good as the Big Dippers I used to make with canned onion soup! 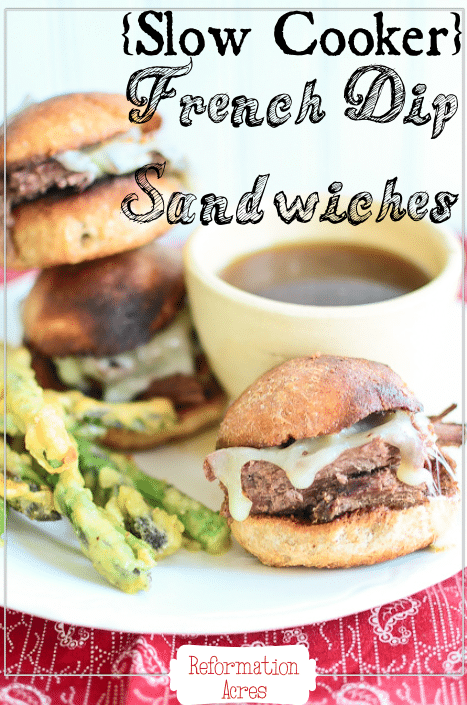 You could throw a can of beer in there if you were feeling so inclined. Well, not so much the can, but rather the contents contained therein.  I typically don’t simply because I lack the menu-planning forethought to purchase it and it isn’t something we stock.

Tonight we had Batter Dipped Asparagus alongside our charred beefy, cheesy buns. Those were supposed to be dipped in a beer batter too, but the aforementioned planning & stocking problem interfered so I used water instead. It worked just fine but probably could have used a little more salt to compensate.  (The aioli for dipping the spears was really good too.) 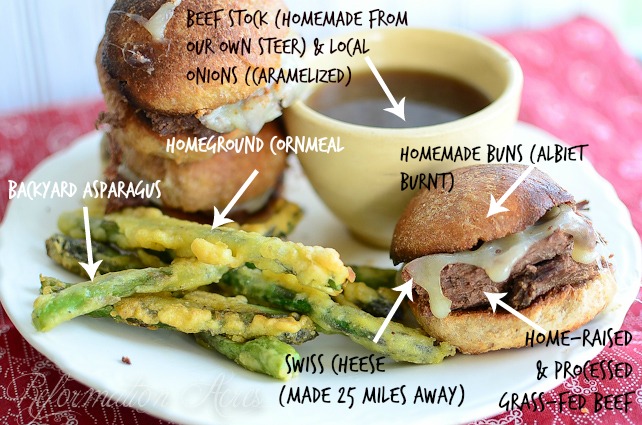 You know what made this meal really exciting for us though? It was either homegrown, homemade, or home ground, & local! Letmetellyou, there is something truly satisfying about challenging yourself to eat locally more often and actually being able to do it!

Especially with all the home production that was able to go into the meal!

Plus there is little more precious than hearing your babes thank the good Lord for all the ingredients we had a hand in putting together! Melts my heart like swiss cheese on a pile of shredded beef! 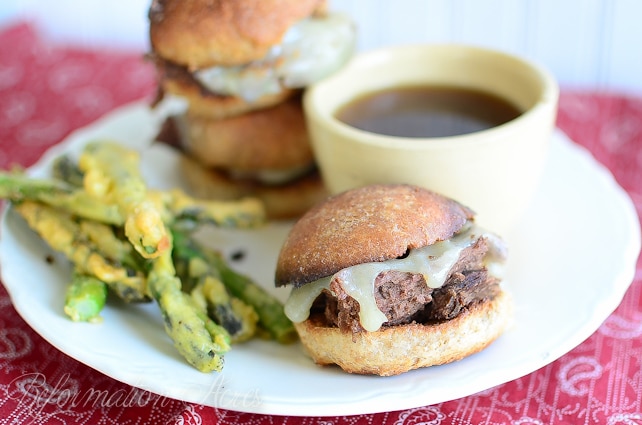 French Dip sandwiches made in the crockpot with only a handful of real food ingredients! Slow cooker meals don’t get more simple & delicious than this!