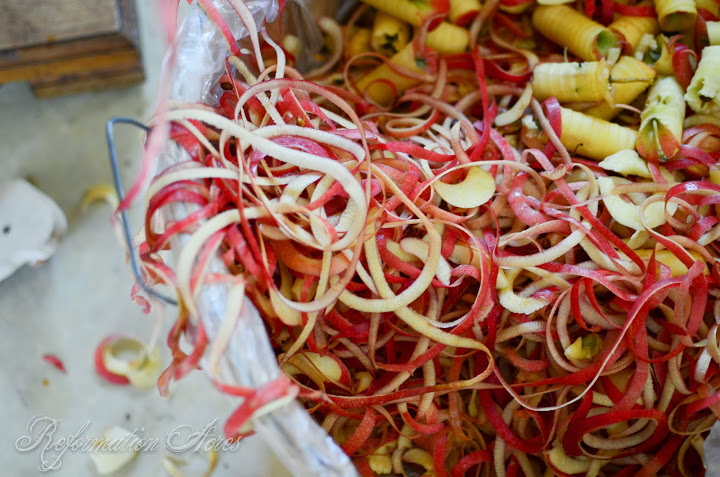 I’m a big stickler on everyone pulling their weight around here.  There really “ain’t no such thing as a free lunch” on the homestead!

I’m not saying that everyone does (or that even I always do.) But it’s the ideal.

But in a perfect world, everyone has their jobs and someone needs to take out the trash. Actually, that’s Jacob’s job. And he doesn’t like to do it. So one way we help him out is by reducing the amount of garbage we make.

That’s where our Partners in Homestead Waste Management step in.

Our Partners think they’re getting a free lunch, but really we’re making out on the deal. In exchange for their waste consumption, we save on the trash & the feed bills as well as keep our noses clean in the face of “anti-human environmentalists” who would say we’re ruining the planet. Not that the latter is ever the driving force behind my decision-making processes, stewardship is.  And this is simply one way to exercise it.

So who are the members of our team? 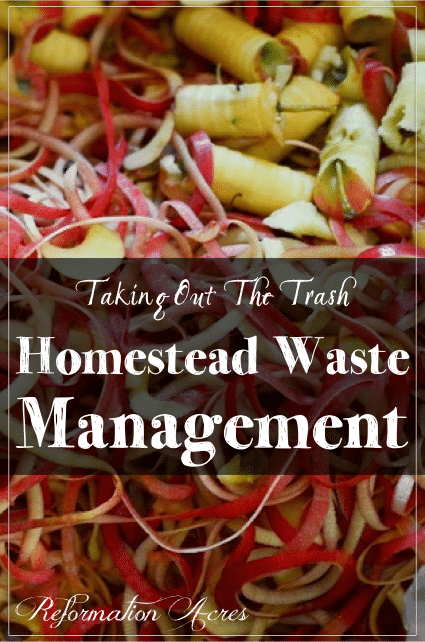 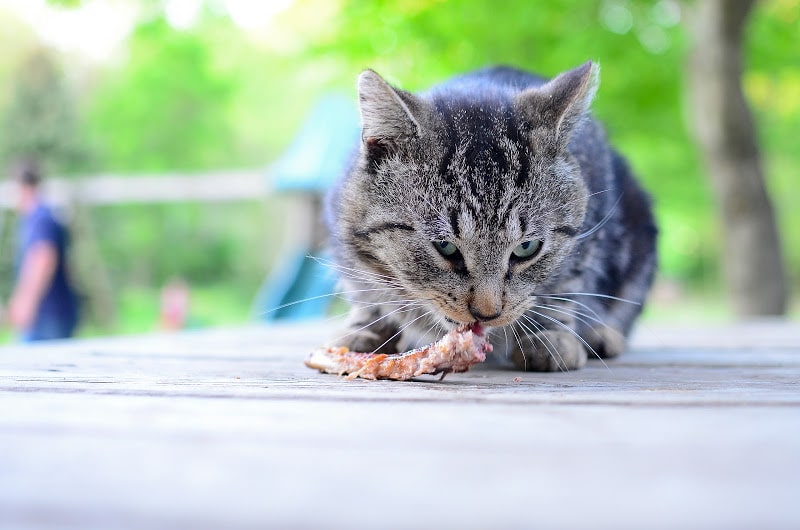 Besides keeping the rodent population under control, cats have another important task on the homestead. That is to make me feel better about not acquiring a taste for the odd bits of the animals we butcher- the offal. They hang out at the door when they’re not out taking care of important feline business like keeping moles visiting the garden in check and the mice out of the grain bin. When they sit there, I know they’re hoping I’ll show up with some chicken skins (only the mushy ones mind you because I call dibs on the crispy ones!) or a pork chop bone. They’ll eat those skins till they’re so full they can hardly move or clean the bones so there isn’t a bit of meat left.

Unless you give them the bones after the chicken skins. In which case their bloat induced lethargy won’t even allow them to be tempted by the bones of the most choice cuts of meat. Or anything else for that matter. 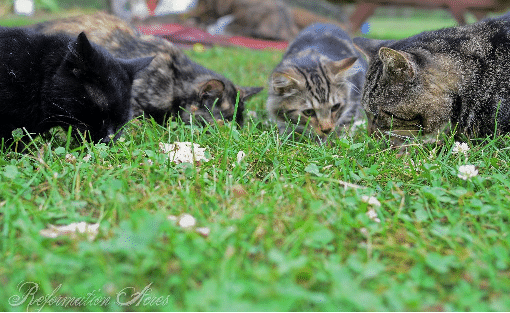 Fewer and fewer dogs are being fed processed kibble and are growing and thriving on raw diets. Which makes sense. There’s no kibble for coyotes. We didn’t plan ahead so she hasn’t had any yet, but our new pup will be one day be feasting on the remains from pig, beef, and chicken butchering and I’ll be saving it in portions for her to enjoy for dinner.

And if you think of it a little further back the food chain, those skins which were once on a chicken from our flock picking through vegetable scraps from the garden or a pig slurping the whey up after cheese making, they’re really recycled scraps originally from our homestead.

On a side note, I’ve made the personal decision not to feed my family any more venison much to the chagrin of the hunters in my family. We live in GMO corn & soy land and it makes little sense to go to all this trouble (and expense) to raise GMO-free meat to go figure out ways to eat venison that was probably feeding in a corn field a few days ago.  If you live in an area (not corn/soy farmland) where the deer have a different diet, I’m happy for you in your availability of healthy flesh. But this is what they fatten on for winter in these parts, and I’ll pass, thank you very much. However, I don’t mind so much if they go hunting and cut up a few deer for cheap raw, dog food to supplement the offal we save for her. Since we plan on spaying her, I’m not concerned with the generational effects the GMO’s would have on her non-existent offspring. 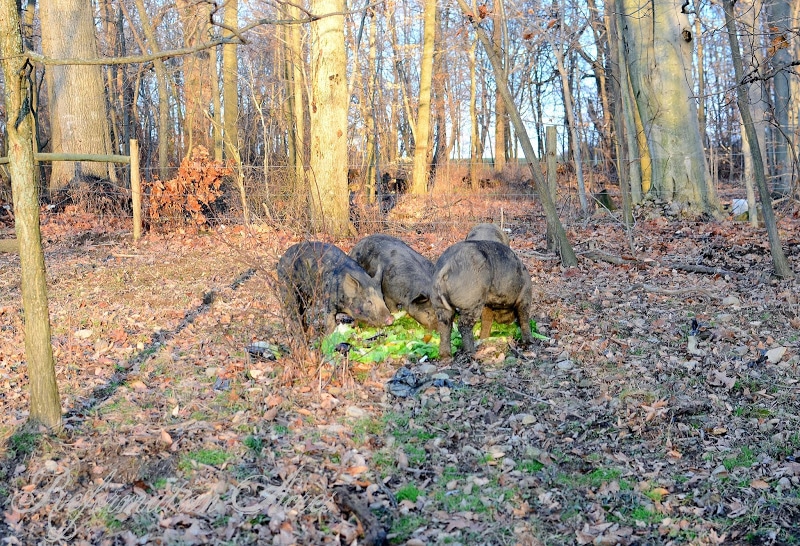 I love pigs. Have I ever mentioned that before?

Well, I do. And one reason why is because they lift the burden of guilt I have if I didn’t use up all the celery in the fridge before it gets rubbery. And they let me skim a pint of cream from a gallon of milk, whip it into beautiful sweet cream butter, and then give them the skimmed milk which they so kindly turn into bacon.

Mozzarella didn’t form good curds? Hey, it happens to the best of us. Turn it into bacon.

Did it turn out beautifully? Good for you! Turn the drained whey into bacon.

Did you forget to add salt to the bread and it’s inedible? Use it to make… well. You know.

And they’ll LOVE you for the mistakes!

We don’t like to let the scraps from meal preparation or what’s left behind uneaten sit around all day while we collect more after the next sitting. So I send a child out after every meal to throw them to the pigs. That way, they get the food while it’s still fresh and I’m not attracting bugs in the house. Win. Win. Bacon.

They love veggies and I don’t get quite so angry at the chickens for visiting the garden and leaving a tomato half-eaten when I can toss the rest to the pigs and reduce the feed bill a bit. Same goes for bug infested plants. They’re not quite such a loss when they can be converted into a meat product.

With the milk or whey, we’re getting into the habit of setting out tomorrow’s food for the pigs each night and pouring the skimmed milk over to let it soak in. I find they’re more likely to slurp up the milk and ignore their feed ration otherwise. And frankly, I can’t blame them. Holly makes some mighty fine milk. 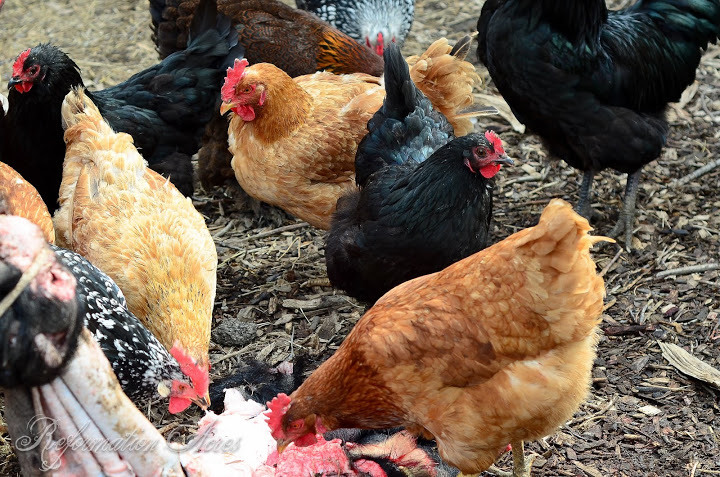 Chickens are omnivores and highly efficient garbage disposals. They enjoy everything from vegetable & table scraps to whey, skimmed milk, or cheese, to picking bits of meat stuck to skinned hides, to offal, and bones after butchering.

We’ve been known to throw a portion of a carcass outside the coop door over winter and they’ll pick at it until it’s gone. It’s soy-free protein! And protein makes eggs!!

Chickens can be picky though and don’t eat everything you offer. You’ll just have to get to know your flock’s preferences.

Check out this article on Toxic Treats: What Not to Feed Your Chickens 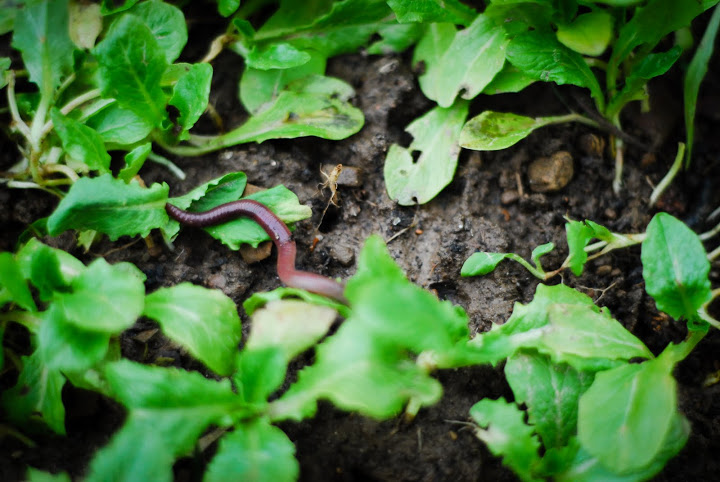 Instead of sacking fallen leaves, lawn clippings, vegetable scraps, garden weeds & spent vegetation, and other organic materials and shipping it off to a landfill, a compost pile with a healthy worm population will take all of what would otherwise be waste and turn it into beautiful compost you can scatter in your garden, plant your seeds in during sowing season, grow a nutrient-dense and superbly flavorful and sweet carrot whose sides you peel, ends you’ll discard and toss into the slop pail and turn into bacon. 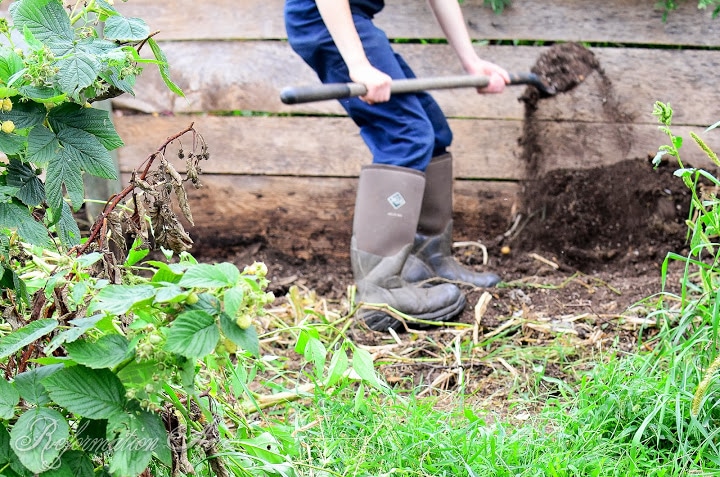 Do you have any unconventional ways of dealing with your trash? 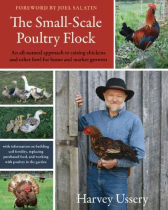 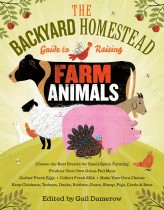