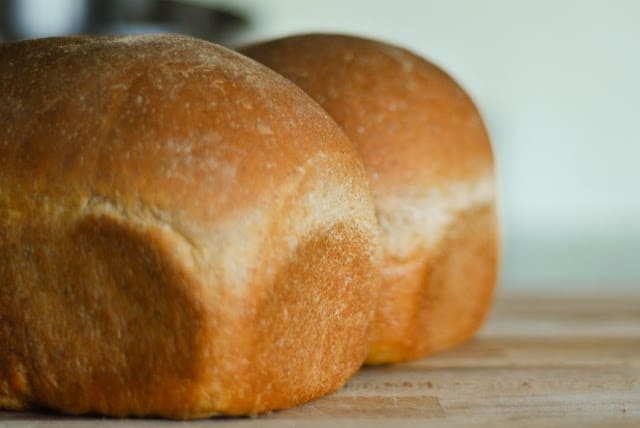 I have been asked or involved in discussions several times over the last few months about whether or not our family eats grains. It’s one of those hot button topics about which everyone seems to have an opinion.  There is a lot of controversy about grains and the effects they have on our health. Usually, they’re contradictory too. It all leaves the conscientious homemaker feeling very confused and quite frustrated about making the right choices.

I’ve been known to link to paleo diet resources followed quickly by a whole month of gushing over a whole grains cookbook. Obviously, we drink a lot of raw milk. So am I fickle? Just where do I currently stand on some of the food fads sweeping the internet? I thought I’d take a moment to let my stream of consciousness flow on the issue. 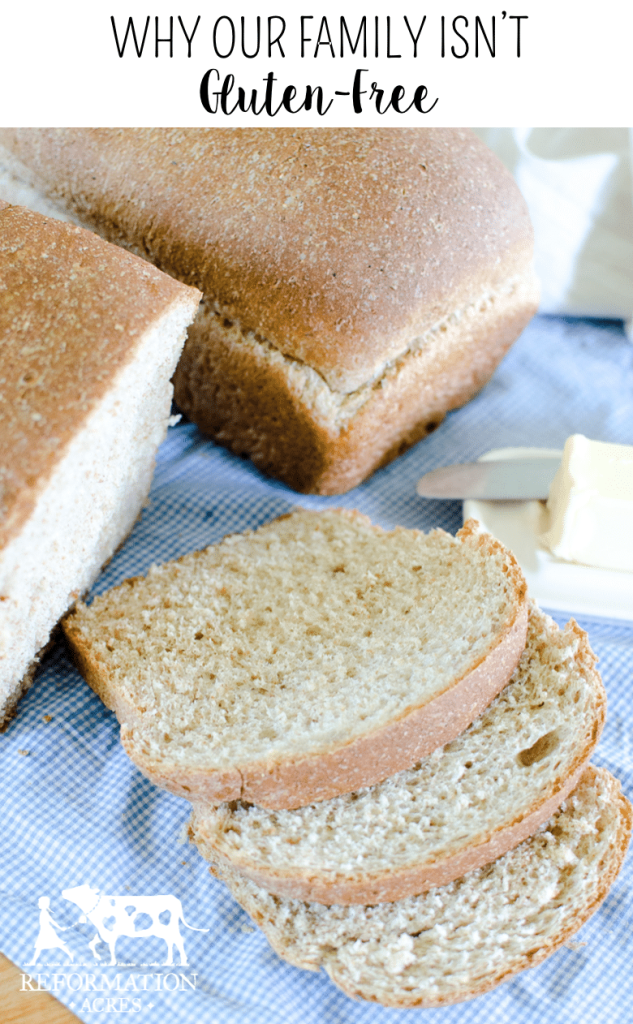 Do we subscribe to any particular diet or food philosophy?

We’re neither Paleo or Weston A. Price. I’m not a Trim Healthy Mama nor a vegetarian (obviously!)

Now we might not like a particular food, but there is nothing we don’t eat because a dietary conviction causes us to feel that one way of eating is better than another – within the real food realm, that is. I try to refrain from feeding my family foods that came from something that resembles more of a laboratory or industrial food system rather than a field or forest. And I’d be thrilled to increasingly find ways to do it on a local level. Self-sustainability isn’t something we’re striving for here. I doubt 7 ½ acres could cut it for a family of 10+ anyway.

The only place where I am strictly against eating something is GMO’s or a highly processed “food” likely to have GMO’s. I feel like that whole thing is a grand experiment that we don’t know how it will play out yet and I’m not willing to take the risk. Who knows? Maybe in a hundred years everyone will look back and think how silly we were for our caution. Though I doubt it. I’d rather be overly cautious than taking the risk. I believe there to be Biblical implications and factors to consider here too. But this whole issue would be a post in and of itself and a rant for a different day. 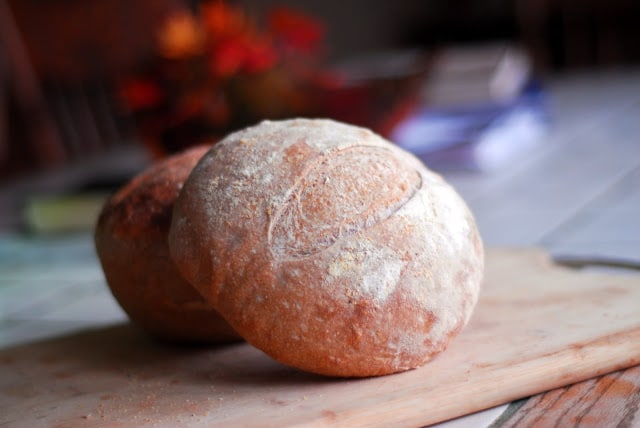 What I don’t care for with any of these or other diet fads is that they all, in one form or another, tout themselves as the ideal diet or the way we were designed to eat and they all place limitations and restrictions on our eating.

For every creature of God is good, and nothing to be refused, if it bereceived with thanksgiving 1 Timothy 4:4

None of them have a longevity that makes them appealing to me. It all smacks of consumerism and I suspect that next year there will be a different diet whose waist-high pile of propaganda we’ll have to sift through to find the truth.  (And another blogger or author trying to capitalize off of it, your fears, and your concern for the health of your family. And we’ll give the click to them too and feed the monster. It can’t be helped. Inquiring minds want to know if processed tomato products or baby carrots really can KILL us. No, my friends, I’m confident that the wages of sin is death. Not the wages of eating baby carrots, but I digress.)

Even the Weston A. Price diet, which I find to be the most intriguing, for me has its limitations. Here’s where I get held up: If it- in the broadest terms- is essentially  a condemnation of the modern processed food diet rooted in the comparison of our poor health to the superior health of primitive cultures who all ate differently, yet locally, then why should I worry about fats like coconut oil and omega-3’s from fish oil that were never available to the primitive people from this area?

That’s not to say we don’t consume those foods. I try to eat some coconut oil every day. But that’s because I’ve noticed the positive effects that it has had on my energy levels and metabolism in the last year since I started adding a tablespoon to my oatmeal in the morning and because I’m convinced of the health benefits, not because it’s on some list of acceptable foods somewhere.

But trying to come up with clever ways to afford cod liver oil, let alone force the children to take it? I’m passing, thank you and finding those nutrients in other sources. Maybe I’ll try to think like a native American? What did they eat?

Rumor is they ate a lot of corn (sorry, maize). Both of which are… oh yeah. A grain.

So do we eat grains?

Ohhhh yeah. Lot’s of ’em. (Remember I just said I add my coconut oil to my nearly daily bowl of oatmeal?)

A few years ago I picked up on all the grains stigma. I felt guilty every time I scooped brown rice onto the dinner plate. I felt naughty after baking fresh bread for the quintessential lunch staple PB & J now that leftovers have become a thing of the past. (It’s tricky enough cooking for this crowd every night, let alone doubling up to make enough for lunchtime leftovers.  Maybe if I get a second oven? Which, frankly, I don’t see happening.) So we ate fewer and fewer grains. After all, who likes feeling guilty?  Not I.

About this time I had my 6th baby who I was shocked to find was my smallest. You mean that was all me!? And only 5 pounds of it was baby?!! And then what was left wasn’t coming off. Month after month passed and I had lost a handful of pounds after that initial postpartum shed. The same thing happened after the next baby too.  Somewhere in there, I gave up my daily bowl of ice cream. Nothing. It made not one pound of difference on my body (although it did trim some fat from the budget.) I was quite discouraged and figured it was just something I was going to have to accept along with the loose belly skin.

Then last year, my husband’s job changed and while we were glad to have him home so much more, it meant that the budget tightened up even more while he has slowly built his sales base. What was one way I began to economize? I added grains back in the diet.

We had been eating our eggs and meat for breakfast, sometimes lunch, and always dinner. One way I could stretch our homegrown pork, beef, and chicken even further would be to add in cheap grains back in, especially at breakfast time.

And you know what? I lost a bunch of weight.

And so did my husband who had been the heaviest since I had ever known him. Now that’s not saying much, but he had been working on needing to go up a second pants size in a year and once we started eating grains again both of us were looking better. I was feeling better. And I was able to get those 2 smaller Berkshire pigs to last us a whole year! Something that I hadn’t been able to do the year before.

So even though our budget can afford it, I’ll be keeping grains in our diet.

And my palate is thankful for it.

It would make me sad to think of having to give up a warm heel of bread smothered in butter that melts into it and soaks it through. Soup just isn’t the same without a crusty slice to sop up the juices. The beef stock I made this weekend- it took massive amounts of self-control not to take a whole loaf, tear off chunks, and dip them in what was supposed to be a kitchen staple. Last week we enjoyed a milk-braised pork loin for dinner and brown rice sucked up the cream. It was utterly delightful. And sausage gravy wouldn’t be the same without the biscuits Or the flour. Shoot- Or the milk if you’re Paleo!

So the driving force behind my decision to reincorporate grains into our diet has simply been our budget and our palates, with a perk of some weight loss. That’s it. No scientific studies. Someone is just going to come out in a few years to refute them anyway. No looking back at primitive cultures from the other side of the globe.

Ultimately, we’re trying to keep things as balanced as possible and eat seasonally what we’re producing on the homestead. I think the whole concept of seasonal eating with your body wanting more comforting, warming meat and carbs over winter to help keep you warm then cooler and cleansing food during the summer makes some sense.  I do intend to grow more vegetables that do well and can be harvested over the winter next year for a bit more balance during the cold months though (one area we always fall down on in the winter is veggies/fruits).

All these things considered, I’ll do what I need to do and what’s best for my family. And I know you will too and it might not look the same as what I’m doing. And that’s ok.