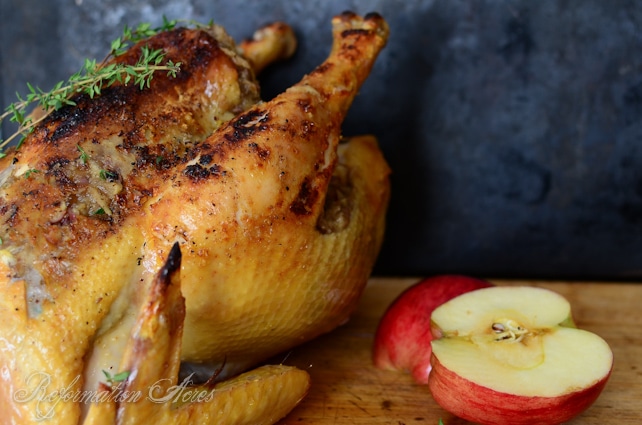 Diversity has been one of my main challenges in preparing roasted chicken. Flavoring with lemon, garlic, shallots, always seem to take center stage. And rightly so. They lend their flavor nicely. But it would seem that sweet caramelized onions and tangy apples are equally up to the task and bring a autumn inspired twist to the table.

What is nice about this recipe is that it’s well suited for either the roasting pan or the crockpot. Where the crockpot wins for ease and convenience, roasting challenges it with crispy skin and speed. The choice is yours. But it is nice to have another recipe for the slow cooker where an ingredient list doesn’t include the words “can of” or “packet.” 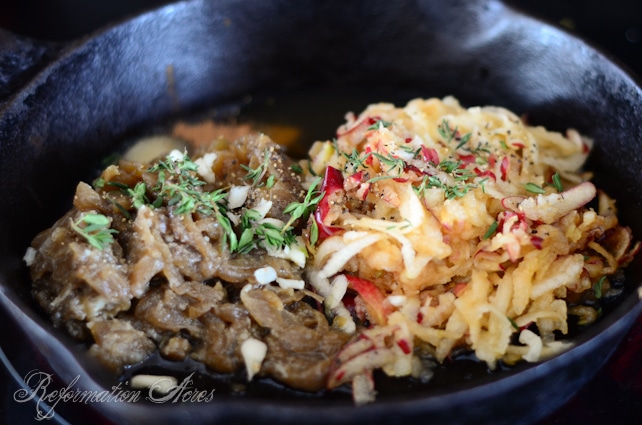 For the stuffing you caramelize onions in butter then soften the apple a little with them along with honey and some spices like thyme and pumpkin pie spice. Quick work can be made of the stuffing by using homemade canned caramelized onions. Simply substitute an amount equal to the pile of the shredded apple or so. 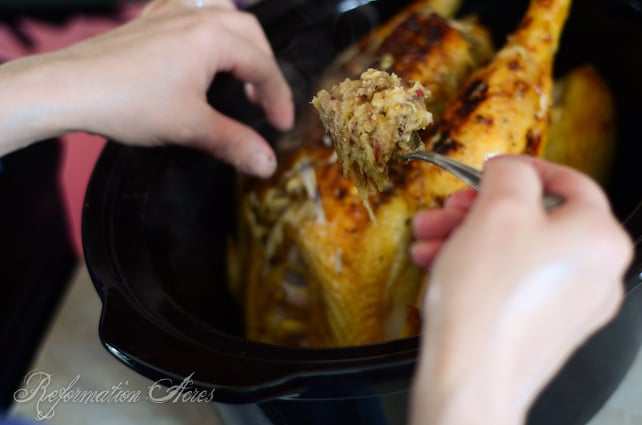 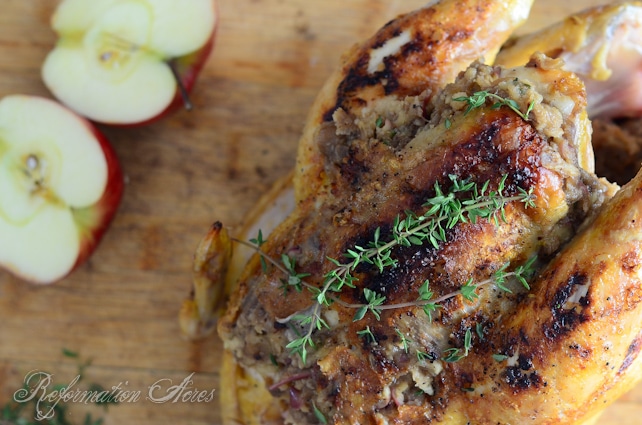 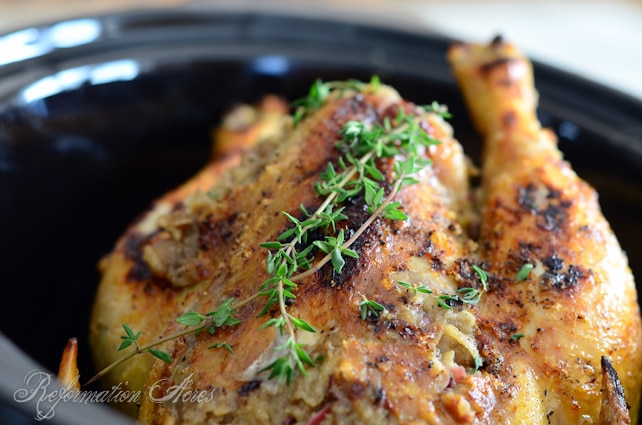 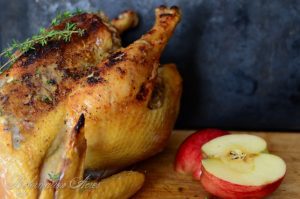 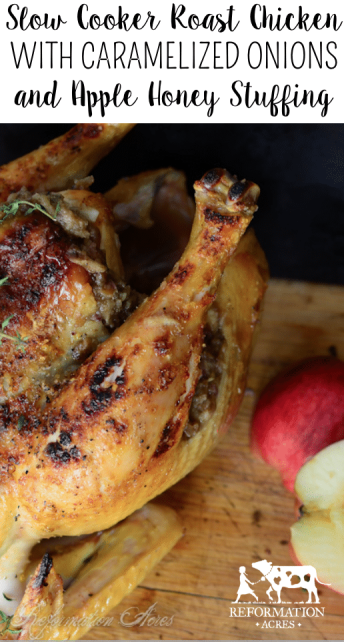