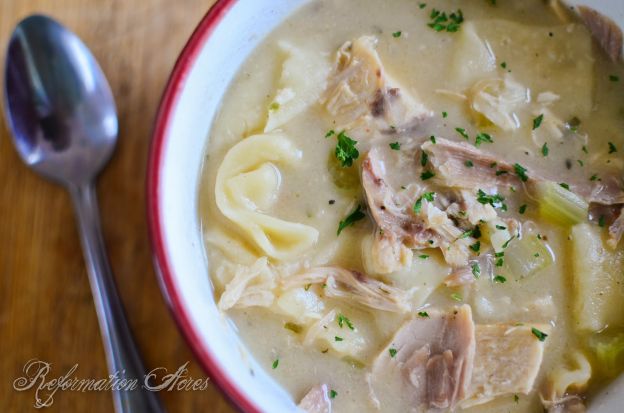 And formerly one of our favorite meals to dine on back in the day when we used to eat at restaurants.

Back in the day, before my chicken and dumplings- the very recipe I’m going to share today- was unanimously declared to be BETTER than the restaurant version (and less expensive too!)

Not to mention that since it’s made from scratch in my own kitchen, I have complete quality control and so when I feed Chicken and Dumplings to my family, I know exactly what went into it and just how nourishing it is to their bodies. It’s all part of my job to steward their health to the best of my ability. A responsibility I take seriously. 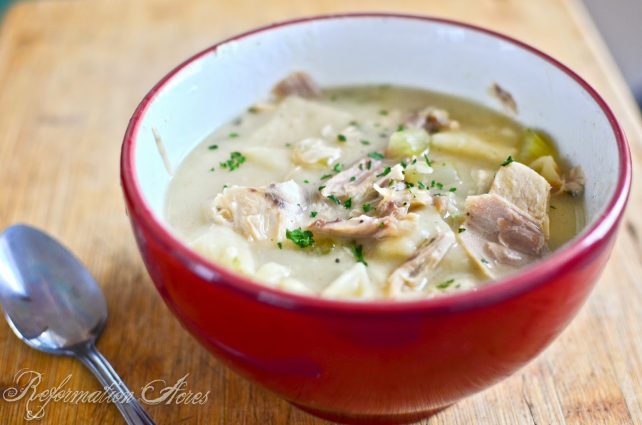 This recipe, like with my homemade chicken soup, is a labor of love and takes most of the day to build layers of flavor. But it is well worth the effort!

I use a whole chicken (and a handful of chicken feet) along with a splash of acid so that the broth is full of goodness extracted from the bones. You don’t have to use chicken feet- I’m sure most people won’t. But  they do give the broth a nutritional boost and are an excellent way of making the most of your meat if you happen to grow your own chicken like I do.

By cooking the chicken in the broth and building that flavor, you’ll also end up with a meltingly tender and delicious chicken that literally falls right off the bone. It’s not often that I go unnoticed while picking a chicken and don’t have my children crowding around begging for a sample!

Nor is it often that I don’t have to dish up seconds before dinnertime is through.

I hope your family will enjoy this meal just as much as mine does! 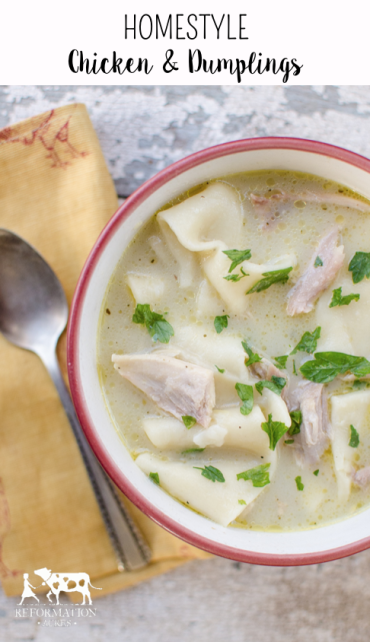