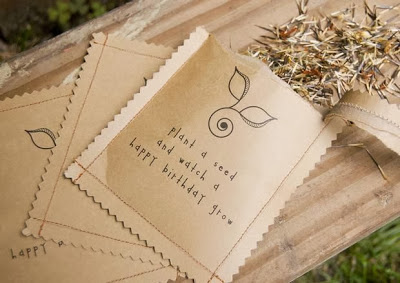 Sewn Seed Packets… adorable and frugal… this could make a nice first sewing project for a young lady too I’m thinking.  (Note: I can’t find the original article on the website.) 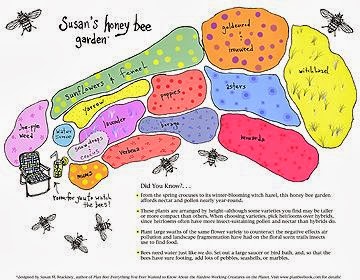 Honeybee Garden… since I’ve given myself permission to encourage pollinators and since there isn’t much of that built into the landscape here, I’ve been thinking about this topic occasionally. It’s always nice to have a blueprint to work off of. 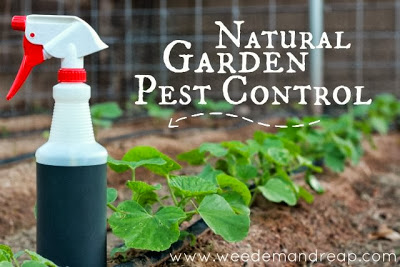 Natural Garden Pest Control… always handy to have a few tools in the arsenal in the war against pests. (Although it would seem I’m learning that pest infestations in the garden are a signal of poor soil health and not having a hardy soil food web. Perhaps our best defense would be a good offense, learn our nutritional deficiencies, and improve our soils.) 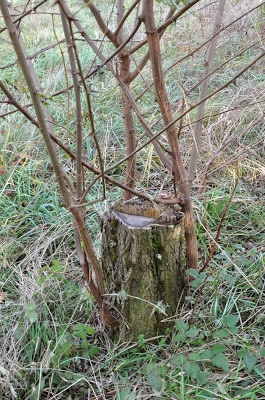 Woodlot Management with Coppice…with no willow tree to steal whips from to make garden structures, perhaps this would be a good replacement solution for me. I’ve learned in the past that crabapple is great for making suckers that could be used. We had one at our old home that we cut down  probably 6-7 years ago and later put our first chicken coop over the top and I was having to cut down the suckers that grew out every so often even this year. 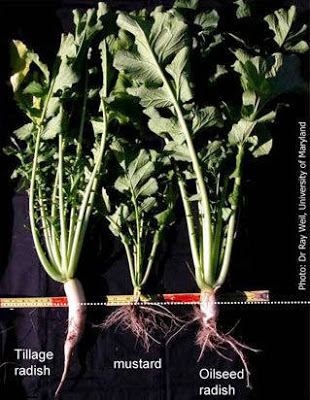 Oilseed (aka Tillage aka Daikon) radish roots as a cover crop option for the no-till garden… one of the things I’ve been looking into lately is how one could cover crop and still no-till. It’s one of the questions some Amish neighbors who are intrigued by the hay mulching we’re doing but are curious about how we’ll utilize a cover crop. They seem to use mostly rye or buckwheat. With those you have to plow it down which disrupts the soil food web building I’m trying to accomplish. It looks like the daikon would be a great solution. 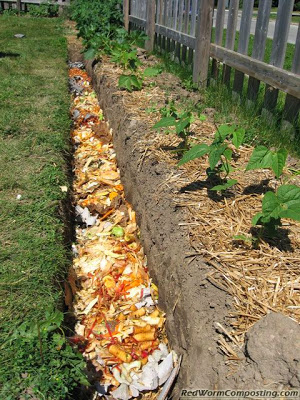 Vermicomposting Trench… did I post this already? Let the worms do the work of composting. Yes, please.
For the barnyard… 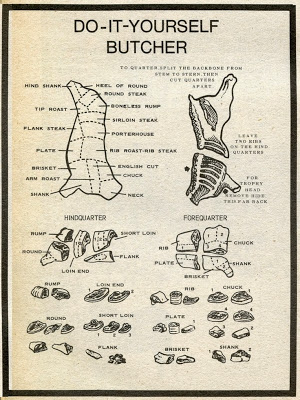 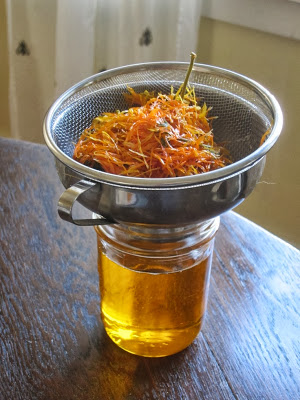 Calendula Oil Infusion Remedy… I’ve learned the value of calendula oil for the perioral dermatitis around my nose and mouth I’ve been getting each of the last few pregnancies. I use this lotion and it clears it right up. Now if I can just grow my own calendula (a big flop year before last) then I’d be all set! 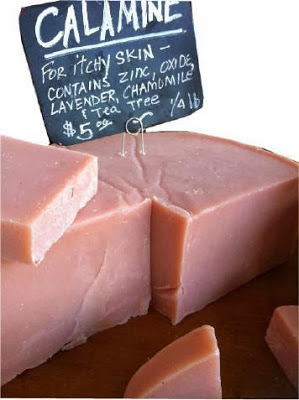 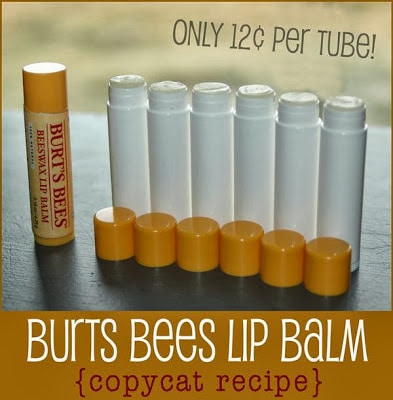 DIY Chapstick
In the kitchen… 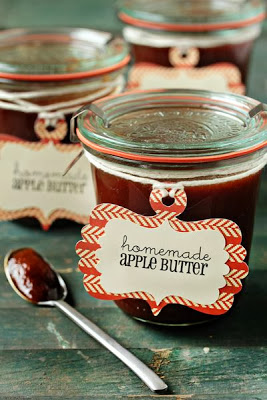 Slow Cooker Apple Butter… I made apple butter in my sleep this year. I threw it all in the crockpot, went to sleep and when I woke up it was all cooked up and delicious. I’d probably use less sweetener next time by just a smidge. Unless I had tart apples (these were Gala & Golden Supreme mixed.) I always like finding a “keeper” recipe on the first try! 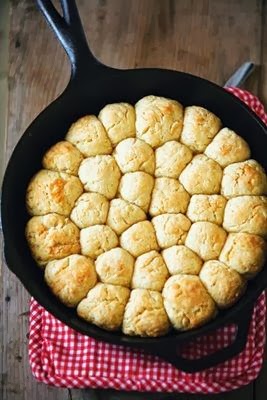 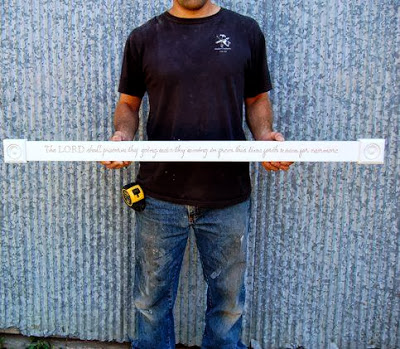 Scripture on you doorposts… isn’t this awesome!! I saved the best for last! Putting Scripture verses up all over your home has become very popular with the vinyl lettering. I loved the idea, but I love this one even more! You can literally put God’s Word on your doorposts just like it says in Deuteronomy 6:9. (Can I let you in on a little secret? I happen to know someone who will be giving one of these away in the very near future. Can you guess who?)
And onto some links…

•7 Ways to Turn Mundane into Meaning (When Motherhood is Hard)

In our homes, we have the chance to take dominion precisely through the mundane. But if we aren’t living on purpose, we’re just passing the days. What a tragedy to look back and think that we could have spent our days doing the very same thing only with great purpose and accomplishment!

Many people are astonished to discover that I’m no fan of survivalism or prepping.
I’m not opposed to self-dependency and household sustainability. I have a great deal of respect for people who are cognizant of the realities of this worldly existence and desire a life of greater self-awareness and independence.
My objections to prepping and survivalism are philosophical in nature and have little to do with the outward material expression of preparedness.

Part of the “31 Days…” events going on around the web. There is some really.good.stuff. here.
•31 Days of Charlotte Mason

Reading this made me so thankful that we are able to grow our own meat! It also gives some food for thought in that it is perfectly acceptable under organic standards to fertilize crops with industrial (non-organic) chicken manure because the manure itself is an organic material. I know this is true because the guy up the road does it. It’s just not good enough anymore to go to store and buy organic. To truly know how your food is being grown/raised, you have to do it on your own or go local and hear it from the farmer himself.

Which brings me to my next micro-rant… chicken isn’t a cheap meat. Especially if you’re not cheating by using poisonous chemicals to boost production. Yet the general expectation is that it is a cheap meat and consumers aren’t willing to pay their farmers so they can actually turn some sort of a profit. Here we raise Ranger broilers because not only does their meat taste exceptional compared the mushiness of a Cornish Crosss, but due to their slower growth they have a better quality of life (no broken legs or heart attacks). We use non-GMO feed and process them right here with our own hands to reduce stress as well as financial inputs and even then we haven’t been able to touch the price they sell it for at the supermarkets.
•FDA: Some chicken may have small amount of arsenic

The FDA said Wednesday that a new study developed by the agency shows that an ingredient in chicken feed that contains arsenic, called Roxarsone, may make its way into parts of the bird that are eaten. Previous studies have indicated that the arsenic was eliminated with chicken waste.

Jam packed with tons of useful information… a must-listen podcast!
•Herbal Medicine on the Homestead

Join Scott Terry and Cheri Shelnutt for a conversation on medicinal herbs, from a Christian perspective. Cheri has been teaching herbal medicine for many years. Learn about medicinal herbs and their uses. Learn how to make teas, tinctures, poultices and more. A rare chance to learn about herbs without all the new age pagan nonsense so prevalent today. Should be a very informative show. You don’t want miss this one!

A few more media events… I have only seen the first one since our internet is no longer unlimited and I have to watch my data usage like a hawk. (Which is really irritating.) Anything video related sends it through the roof so these will be waiting until I roll over to a new cycle in 5 days.

•Beyond Off-Grid’s webinar series… sign up via email and you can watch them for a week or so after airing.

This hits home with me. This is the hospital we took our son to a year and a half ago for suspected meningitis and they admitted him, refused to let us go home after the meningitis was ruled out, threatened to bring in social services, get him immunized and give him a spinal tap (even though they already said it wasn’t meningitis) if we tried to leave. $8500 later Bill convinced them to stop giving him Motrin and let the fever do it’s job and burn off the bug and what do you know? It broke and they had to release him. So when I see this and combine it with my own experience, I see a pattern of behavior that completely disregards a parents rights to make decisions for their children’s health care, whether that’s vaccinations or cancer treatment, and you can be sure you won’t see me taking my children there again!
•Court Rules Amish Girl to be Forcefully Poisoned with Chemotherapy

The trap that many fall into is they partake, knowingly or not, in schooling at home rather than homeschooling. This happens by taking the way school is done presently and partaking of it in the confines of ones home. This includes having many of the same goals and objectives; such as going to a “good” college, getting a “good” job and being “well” educated. This mindset often leads people to raise children that may be, by all outward appearances, more prepared for what is ahead and they may even be smarter than the average Gov’t school indoctrinee but deep inside their worldview is often tainted and that tainted worldview will rear its head when taken out of the confines of the home.

What about you? Read or seen anything good lately?