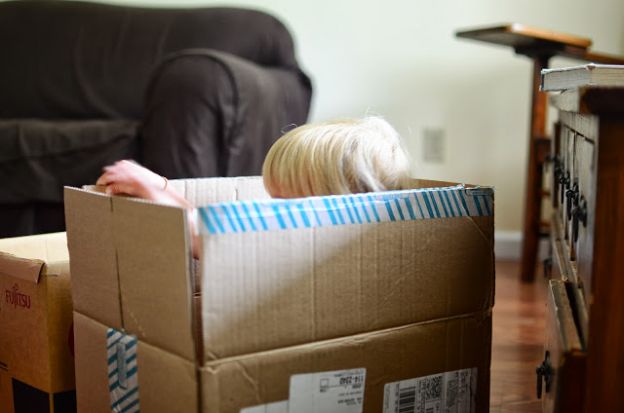 Well, in case you haven’t gathered it yet, we made it to our new home

It’s been 9 months since I first was looking through real estate listings on the internet and my heart literally jumped into my throat, pounding with excitement when I saw this home.

Bill had been looking for a new job after the awful one he worked at last year turned out not to be what was promised and we thought the prospect before him with one company was extremely promising although it would require a cross-state move.

They were going through some restructuring however and weren’t planning on hiring him for a couple more months and he needed immediate employment.

He ended up working where he has been for 8 months now and it is truly an answer to our prayers as he is able to work from home all but one or two days a week. What a blessing it has been for our family! And to think that just a few short years ago he was working out of the home anywhere from 60-90 hours per week! Praise God!

But the new job didn’t require a move.

It was a little over an hour commute. Not too big a deal and something he was used to driving daily anyway. We resigned ourselves that we weren’t to have this home although it was difficult to shake it from our minds. (A winter issue of Martha Stewart Living highlighting her greenhouses didn’t help!) Besides, the owners took it off the market over the winter and who knew if their plans had changed.

Well they didn’t. And when it was re-listed, we had seen what freedom this new position offered Bill, felt that the extra half hour added to his commute when he did go in wasn’t a deal breaker for us, and we decided to go for it. 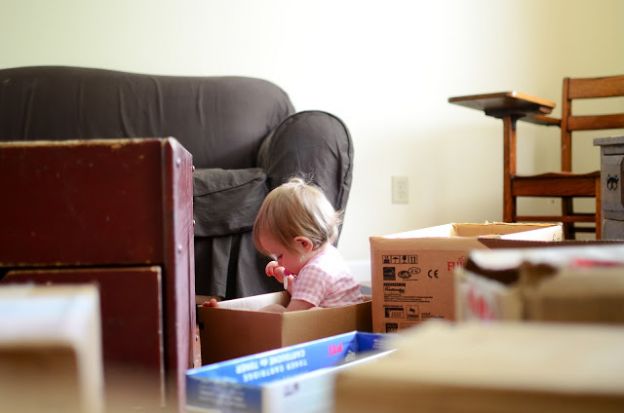 I’ve often felt twinges of guilt for wanting to leave our homestead the last few months as it seemed more and more like the dream would become reality. So, so many if you have reached out over the years and told me that our 2 1/2 acres homestead was like a dream to you, but you were stuck in the the city or suburbia.

Acreage is seductive. Deep in the kernel of the homestead dream- beneath the skin and pith of considerations of soil, site, and suitability- lies a see of sheer irrational desire: a lust for land and lots of it, acres of acreage.  –Homesteading in the 21st Century

While I confess to having experienced “land lust” over the years, there were multiple reasons and challenges that factored into this decision. Many we probably could have overcome with time, ingenuity, and resources but in the end we determined this was probably the best course to pursue, did so aggressively, and committed the outcome to the Lord.

~ Our Goals~
Our family has grown exponentially since starting on this journey as homesteaders making the goal of producing the majority of our food off the land we lived more and more difficult to achieve.

~Our Gardening Needs~
That 2 1/2 acres has an abundance of trees, most of which are about 20 years old. Obviously, they’re not getting smaller and I’ve watched the sunny perennial gardens I planted just 5 years ago and my sunny clothesline become areas of full shade. (Talk about a lack of vision- I sure learned a lesson there!) There were little to no options for the garden expansion we desperately needed and the pasture was so shaded in some areas it was more moss than grass. Tree & the subsequent stump removal could have been a back-breaking option, and we did remove a lot of trees over the years, but adding gardens still would have been challenging because of roots. Ultimately, I had a tremendously difficult time parting with each tree as it was knowing they provided privacy and a sound buffer between us and the busy road.

~Our Livestock Needs~
We would like to have at least a steer going for butchering every 2 years and 1 large or 2 small milk cows to meet our beef & dairy needs. Whatever they might say about Dexter cattle, 1/2 an acre per head was NOT sufficient to meet their needs (nor was 1/2 a bale of hay a day) and we were supplementing hay well over half the year. Once Gus was butchered this winter, our revised plan was to simply keep Maybelle and her calf with us until it was old enough to be weaned and sold. Knowing that cows are social herd animals, I hated to think about making her life a solitary one half the year.

Also, at the time I thought that moving to larger acreage would solve our more than little problem of poultry congregating around the immediate vicinity of the home and leaving their droppings scattered all over to torment me daily. I’ve learned already in the last week and a half that isn’t the case and our porch is still a mine field and the previous owner’s beautiful dahlias are trampled and dust-bathed into the ground.

Finally, with only 8 meals worth of bacon left in the freezer just 5 months after butchering, I’m thinking a third hog might be in order. Honestly, I couldn’t have been any more frugal with the bacon than I have been.

I know you don’t believe me. I wouldn’t if I were you either, but it’s true!!

~Family~
In the time that had passed while what would become our new home was off the market, we learned that my family was moving this way and if we did get the home, they would only be about an hour away instead of three if we stayed.

~Church~
But even more important than any of the other reasons, we had left our church last year as they drifted one way while we were drifting another and were once again without a church family. Having scoured the area for the last decade we knew how few options there were for us within a reasonable driving distance. Thanks to the internet, we found a very promising one only half an hour from our new home that seems like it will be a wonderful fit.

As soon as we find that box of church shoes. Muck boots and crocs don’t seem like appropriate footwear for worship. Especially ones covered in manure. 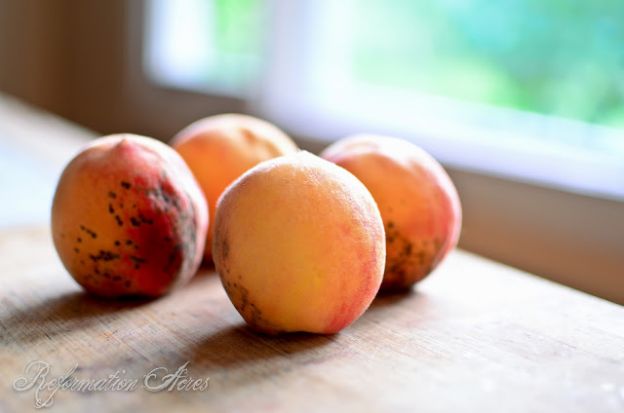 If we were among the camp of folks looking primarily at open & closed doors as to how the Lord was revealing His will for us, we would still be on just a couple acres. So many bumps and “no’s” were along the way.  Really the only part that went smoothly was getting a contract signed when we sold our home (it was on the market for only a few days.)

The day we signed the papers selling our home, we found out that the lending company we were working with who apparently doesn’t do loans on agricultural land realized that was how the prospective home was zoned and wouldn’t be able to work with us… even up until a couple weeks before moving we weren’t certain that we wouldn’t end up in a rental, but looking to His word and it’s commands to find as faithful a church as possible, obedience was a driving force. Exodus 33:15-16a was my prayer-

If thy presence go not with me, carry us not up hence. For where in shall it be known here that I and thy people have found grace in thy sight? is it not in that thou goest with us? 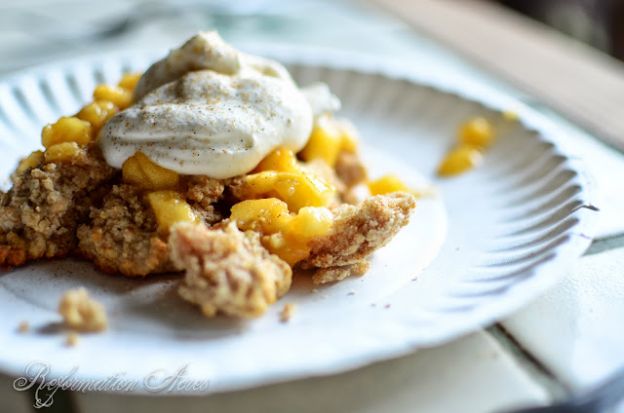 I harvested the solitary pound of tree-ripened peaches that grew on the Redhaven peach tree this year. It was our first and last harvest from that tree we planted almost 4 years ago. With them, I prepared peach shortcakes and gave thanks for the parting gift.
ps- I know I said I’d be praying about whether to continue to blog or not after the move since the focus would no longer be about growing food “on just a couple acres, ” and not knowing how busy I’d be. Well I think I am going continue journaling, without changing the domain name (what a pain it would be!) because I’ve come to rely far too heavily on my posts and photos not only as a creative outlet but as a memory to replace my oh-so-faulty one. Without the accountability you give me, I know I’m not as likely to keep a hand-written journal. Plus my oldest son begged me to keep writing. How could I say no?