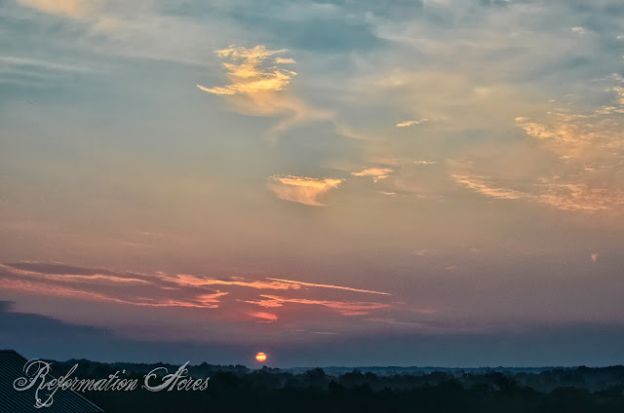 I’ve been picking my way through The Excellent Woman by Anne Pratt. A chapter here. A chapter there as time allows. It really is an wonderful little 19th century expositional encouragement for women. I highly recommend it.

The most recent reading left me feeling convicted about a lazy habit that has been slowly creeping into my days… sleeping in an extra hour, sometimes two. I’ve made a myriad of excuses. More often than not though the excuse has something to do with growing this new baby.

However, this nasty little habit doesn’t do much for the productivity of my days. Nor does it leave me feeling any less exhausted throughout them. Actually, probably worse because I’ll make short cuts in the kitchen which are less than healthful.

It is said in a proverb in the preceding part of this book, that “every wise woman buildeth her house, while the foolish plucketh it down with her hands” (Proverbs 14:1). The stability and comfort of the household are, indeed, so dependent on the domestic arrangements of her who presides; punctuality and order in the wife are so necessary for the preservation of the property which may have been acquired, that the truth of the old Irish saying, “A man must ask his wife’s leave to be rich,” is very apparent. Early risers will not often be found among those whose habits are irregular and disorderly. The practice of beginning the work with the commencement of the day, is almost always found in conjunction with punctual and diligent habits, and with such love of order and management as is described in the text.

The right economy of time is a highly important duty. To those who are called toexercise the duties of active life, this is very evident. The mistress, the mother, and the domestic servant, these will all feel the value of time; yet no gift is more often wasted, by those to whom God has allotted a large portion of leisure.

Time is given us for duty, for the preparation for a future state, for the good of others; and every fragment of it should be gathered up, that nothing of so precious a gift may be lost. It should become a subject of deep and frequent thought to every woman, and especially to every Christian woman, whether her time is rightly spent.

If household duties demanded exertion, then the gained hour might enable us to pass through them more leisurely and more pleasantly, and we might be saved the irritation of hurried business; or if we gave that hour to God, who shall say what blessings our prayers might bring down on ourselves, and on those dear to us, on the church of God, and on the world at large! The Excellent Woman by Anne Pratt

I’m going to take advantage of the fresh conviction this week and see what rising early will do for my days.

I determined to at least wake with my husband this morning who is rising at 6AM to tend to the livestock. I didn’t do too bad. I was awake but I did lay there for 15 minutes praying and cherishing little baby movements.

I was quickly tested however once I did start my day. 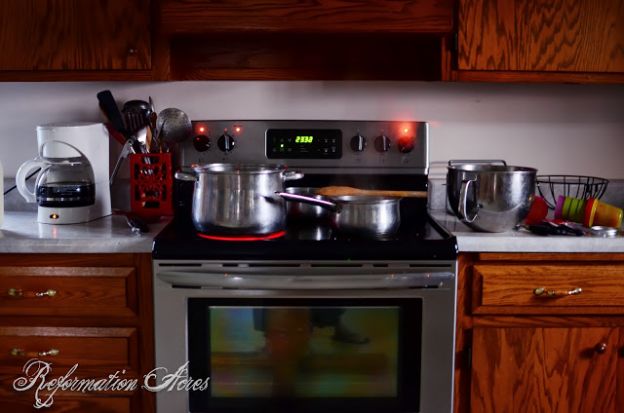 -Last night’s dish-doer didn’t properly put the dishes away so I had to make a pile on the (right) counter for them to attend to.

-I discovered that the buttermilk culture and yogurt culture either is missing or was thrown out during the move.

-I resorted to my regular homemade vanilla yogurt recipe, but couldn’t find the thermometer (probably the fault of the aforementioned dish-doer who did find it for me later.)

However, by the time I normally have been rising I did start coffee for when Bill came in from milking the cow, set a jar of milk I found in the freezer while looking for the cultures out to thaw, started the yogurt, made a steel-cut oats for breakfast, fed the kittens, cleaned the refrigerator, chased a turkey off the deck, started a grocery list and menu plan for the week, and took a photo of one of the amazing sunrises we are blessed with here.

Just in time for a good-morning greeting from someone who looks like she’s going to be less than chipper today. 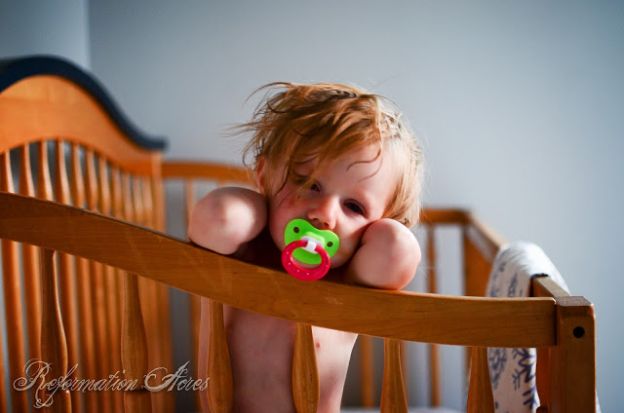 Hopefully though the sour attitudes and other hurdles I’ve encountered this morning won’t be too much of a discouragement and I’ll have enough resolve to keep it up long enough to form a good habit of rising early.

Do struggle with rising early or does it just come naturally for you?

« 15 Easy Care Perennials to Encourage Pollinators
~Up to Speed: Why We Left~ »