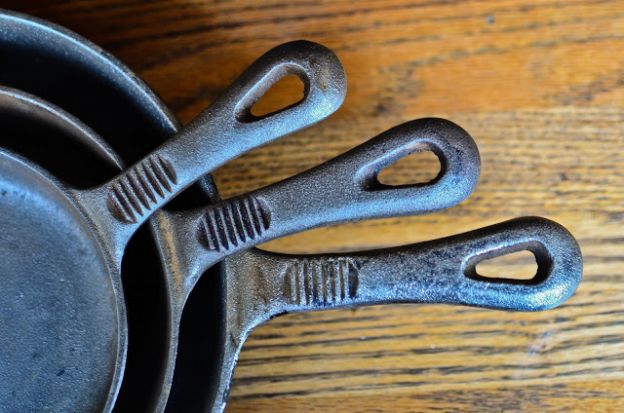 Last month I was very excited to attempt to scientifically re-season my cast iron skillets. After all, I had read that Cooks Illustrated recommended the method and I had complete faith in their expertise.

I stripped my pans full of enthusiasm and hope of having a beautifully shiny, smooth, black coating to my favorite skillets in the kitchen. I followed the suggested steps for stripping with an oven cleaner and while it did remove some of the gunk, it failed to fully strip the pans. I tried steel wool, which worked even more poorly and in the end the only thing that completely stripped the pans was a wire-wheel drill attachment. It was a time-consuming task, but I eventually got the pans stripped and was ready to move on to the next step. 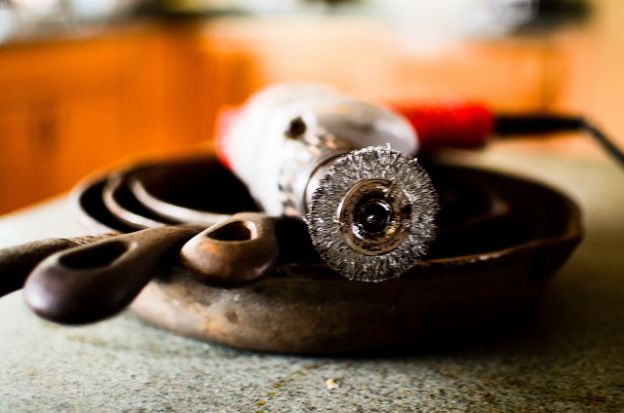 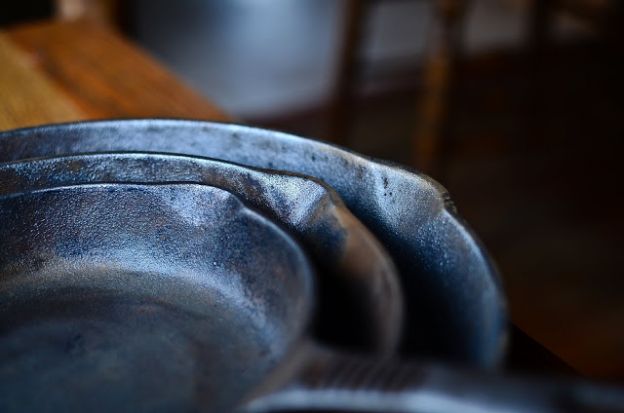 I followed all the remaining steps precisely as instructed. It was foul work smoking and stinking up the house with cold-pressed flax seed oil, let me tell you! After the recommended 6 coats, I was not satisfied with the level of coverage. It seemed just as thin and rough as it did after the 2nd coat.

Perhaps the mistake I made was continuing to apply coats. Although it might have been visually imperceptible, perhaps the seasoning was too thick. But after admiring the glossy black pan for days, I finally melted in some butter and added diced onions and celery to saute. As the vegetables cooked they began to be peppered with bits of dark black coating that was increasing in quantity by the second. The beautiful seasoning was flaking off into the food!! I’m just thankful I didn’t test it out with a cut of meat or something equally valuable! 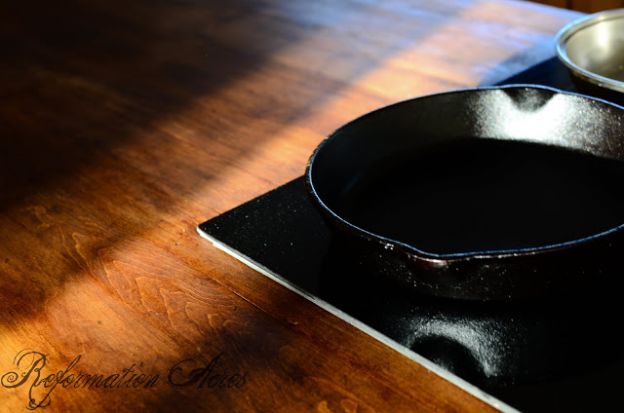 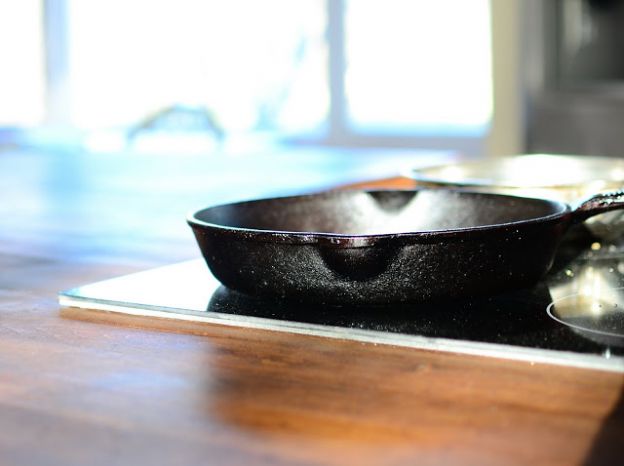 I had been warned that this might happen earlier after posting the link to the re-seasoning method on Facebook, so ultimately I wasn’t surprised. Disappointed, but not surprised.

In the end, I was able to boil water in each skillet and the coating just flaked right up. Once they were cleaned back up, I’m just starting from scratch, seasoning with bacon grease or lard, in a thin layer and baking them low and slow in the oven each morning when I bake bread. When the bread is done, I’m leaving the oven on until lunch dishes are done and letting the pans cool off with the oven. They’re finally looking back to normal and I’m looking forward to having my favorite skillets available for my use once again! 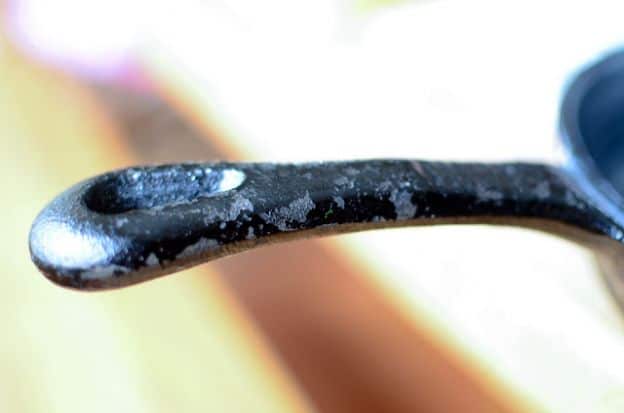 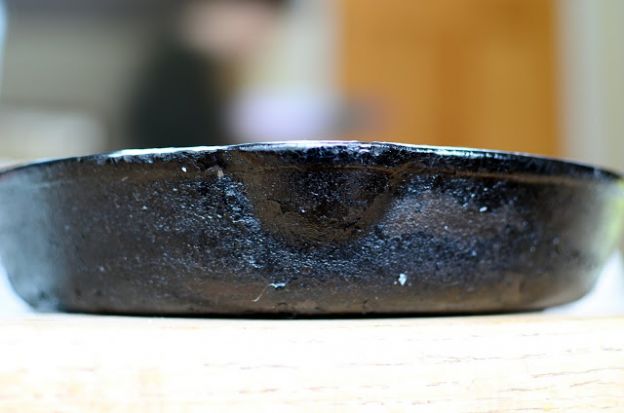 (You can even see how the exterior and handle was chipping away after being applied to the heat of the burner.)

Ultimately, lard is a resource I can produce on the homestead as a by-product of pork production making it virtually free and easily accessible. Flax seed oil is expensive and more difficult to find, so from now on, I’ll be sticking with good old lard when caring for my cast iron. And in between seasoning your cast iron skillets, try a cast iron conditioning bar to keep your skillets in tip top shape!

How do you re-season your cast iron?