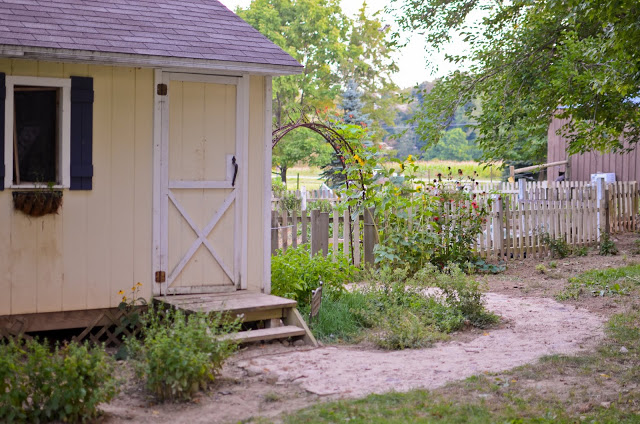 The herb garden.
Slowly, but surely,  coming along. 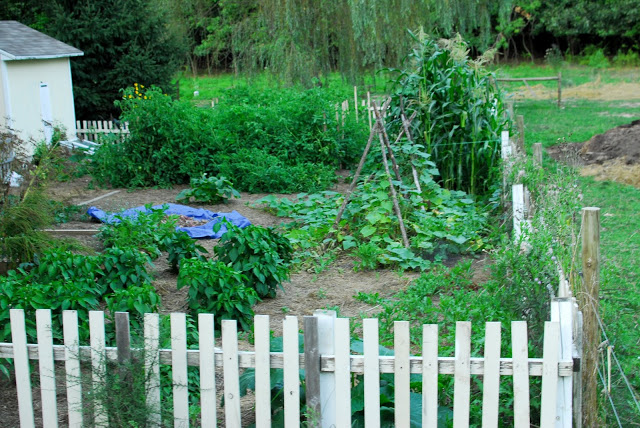 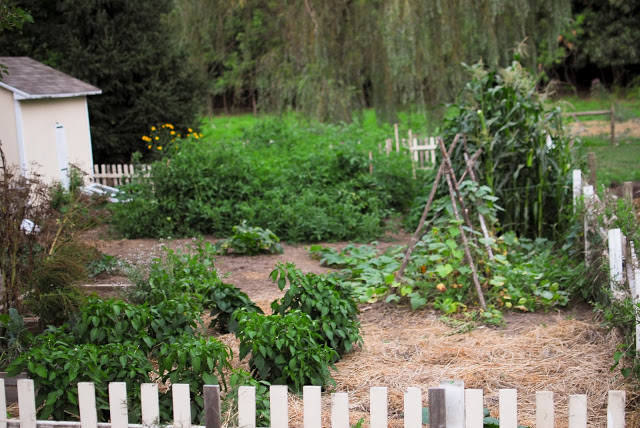 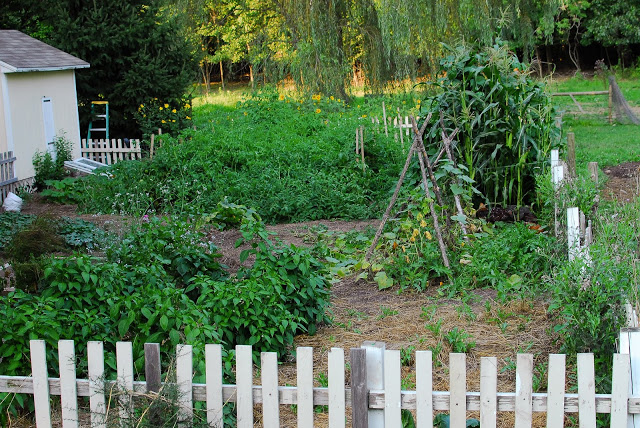 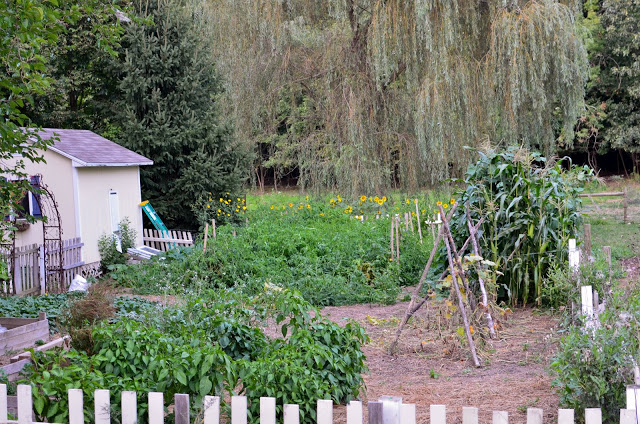 {week four}
August brought with it
~the close of the cucumber harvest,
~the largest onion & potato yields to date,
~the early trickling in of peppers, tomatoes, and green beans,
~parsnip seed was collected for next season,
~ a fall garden with kale, chard, parsnips, and carrots was begun,
~the death of the last acorn squash,
~ two zucchini plants are still living… only one is producing. Oddly, the other is only producing flowers- it’s the male flowers that don’t produce fruit, right?
~an ongoing battle with thistle (see lower right corner of photos),
~an even more fierce battle with wandering turkeys who love tomatoes and seed cucumbers- thankfully the head turkey and apparent ringleader has gone broody again and since then they’ve all stayed out, but sadly that didn’t happen before all of the seed cucumbers were hollowed out,
~my ongoing education with garden pests is continuing with the discovery of Mexican Bean beetles,
~the beginning of closing a few of the early raised beds for the rest. 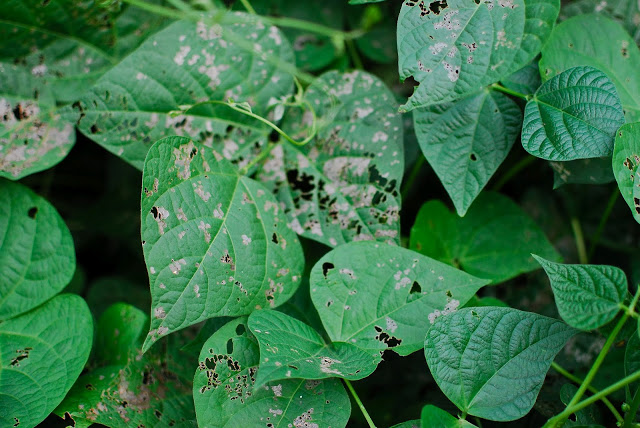 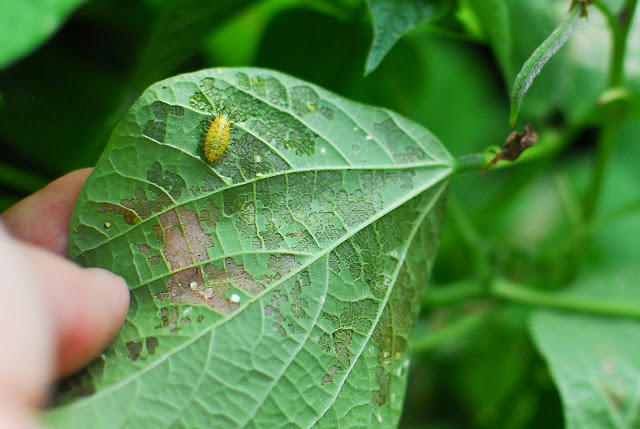 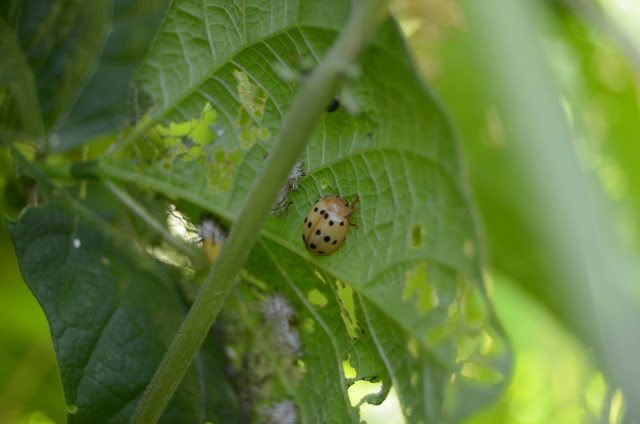 The ladybug-like imposter, Mexican Bean beetle
They seem to be staying focused on completely devastating one of the bean towers before moving on since most of the damage is concentrated in one area. I’m trying to harvest as delicately as possible to keep all of the spider webs intact so they can be about their business without interruption, but the heebie-jeebies all the bugs are giving me is making it a difficult task. 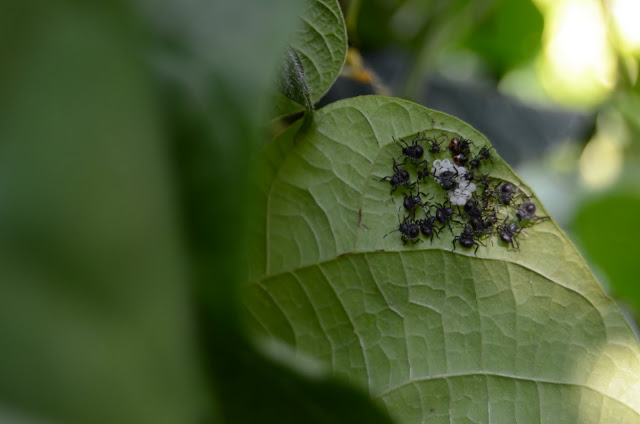 Brown Marmorated Stink Bug Nymphs
I discovered this hatching one afternoon and, not recognizing them, had hoped they were some sort of parasitic bug to handle those beetles. A bit of research and I was disappointed to learn they are the nymphs of the nasty Brown Marmorated Stink Bug. Too bad I didn’t know, or I would have duct taped those destructive little stinkers. 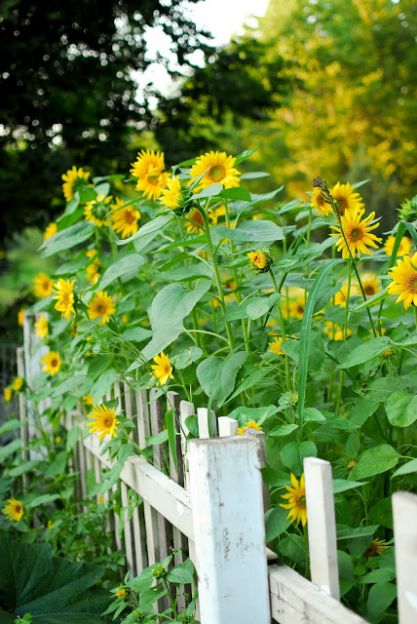 Chicken Feed
Doing what we can to cut a bit of feed cost. 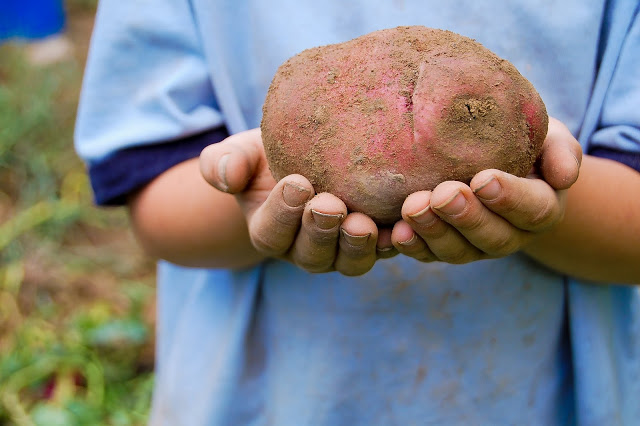 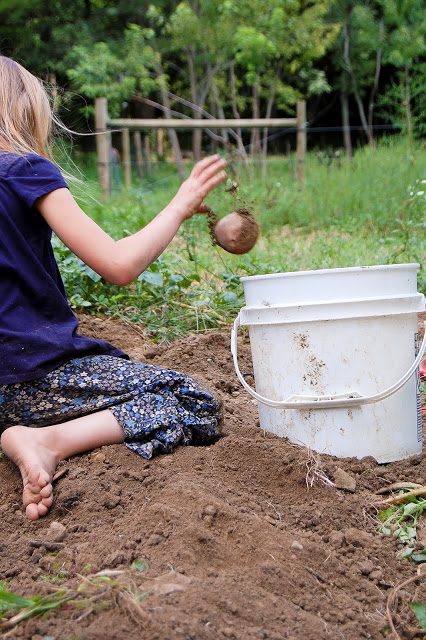 I’m happy with the harvest so far. Of the three varieties we planted this year, the first yielded about 40 pounds of potatoes. It’s my understanding that you should be able to expect about 10 pounds of potatoes for every pound of seed, so even though we’re not quite there yet, it’s still a lot better than we’ve done in years past. 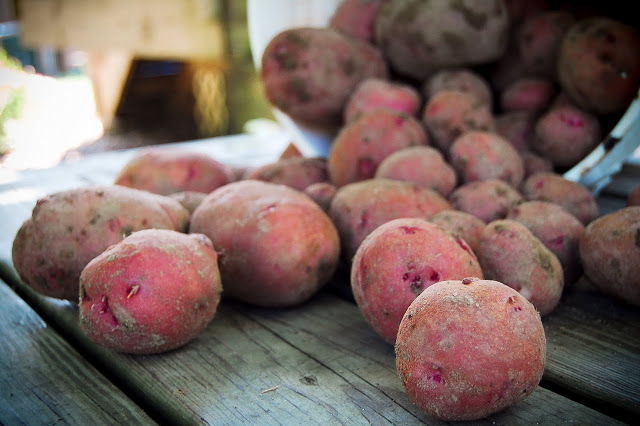 The Dark Red Norland’s are a mid-season potato and I’ll be honest, I wasn’t a fan of them for frying, but they seem like they would make a wonderful mashed potato. I’d try but I can’t bring myself to prepare mashed potatoes so early in the year. I keep forgetting that I want to try them in a potato salad, maybe I’ll do that tomorrow… But if they don’t work well for that, I probably won’t grow them as a midseason again since we primarily do fried potatoes and potato salad in the summer. 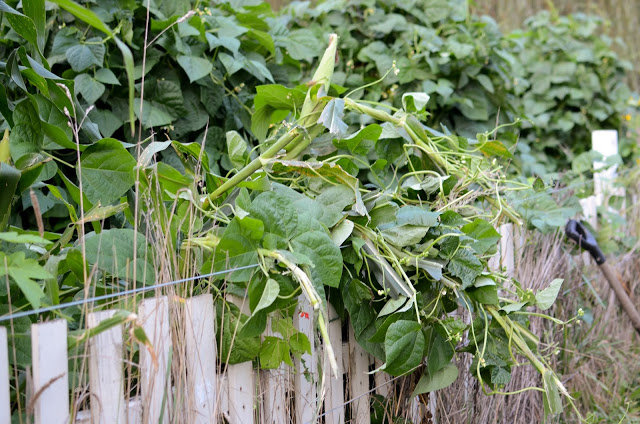 I had a few sample packets of Rainbow Inca corn so I planted them in the back of the garden.
You’re welcome cows.
We’ve always had hogs this time of year, so it never occurred to me that cows like to eat corn plants too. When we froze corn last week, all the husks went to the cows, cobs to the chickens, and they’ve all been happy with the treat. 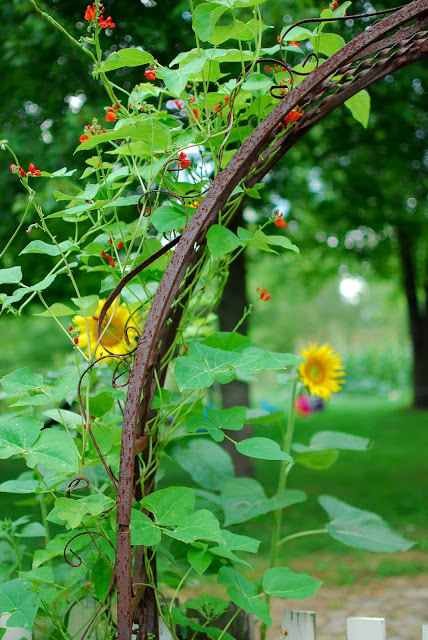 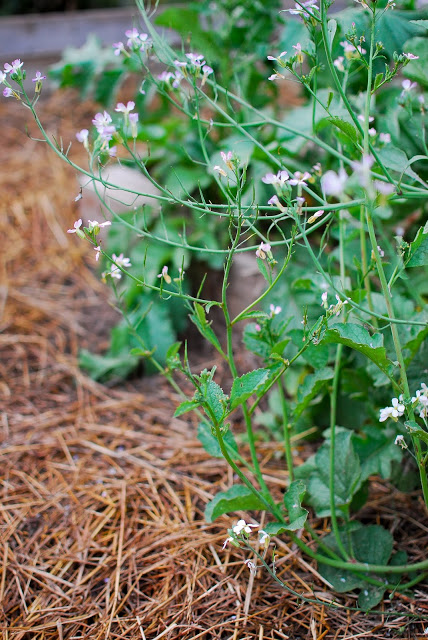 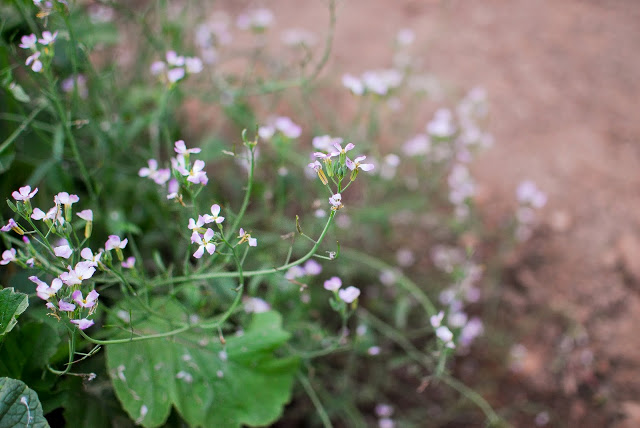 I think this is the most exciting time of the year! All the hope and promise of spring is being realized, the empty freezer and pantry shelves are slowly being to become full again, all the work is coming to fruition. The next couple months will continue to be among my busiest of the year as preparations for the winter months continue, but I love the feeling of connection I have with those generations of the past who have spent the cooling months of fall readying for the harsh winter days to come. 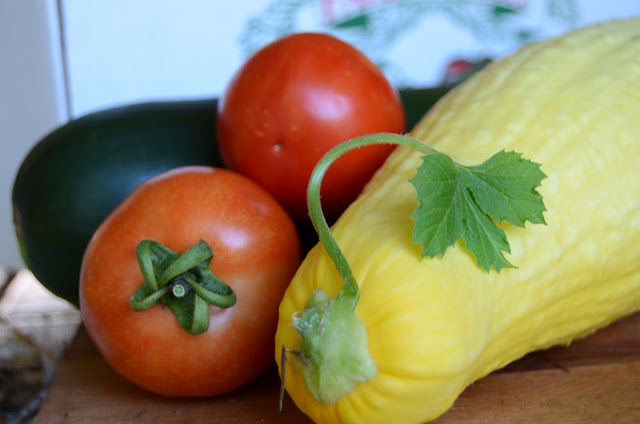 Are you relieved that the gardening season is coming to a close or do you find yourself clinging to the season for as long as possible? 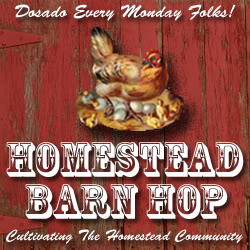