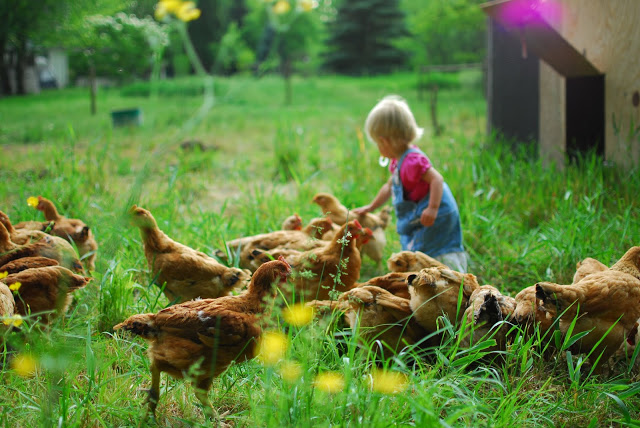 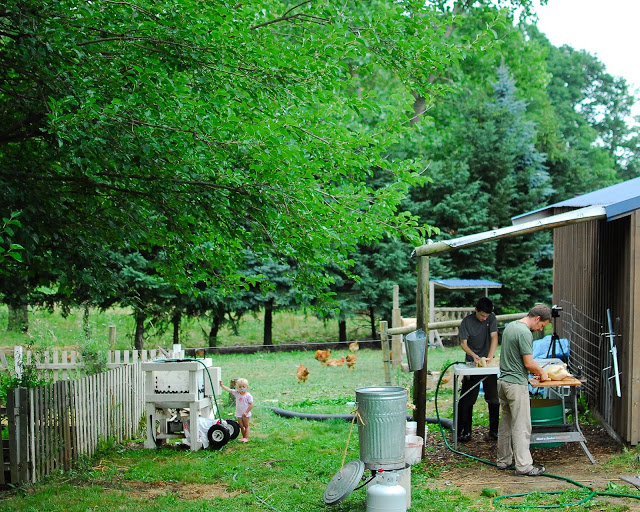 Butchering Day (rather days because we broke butchering up over two days this time) was a lot easier than we originally planned for this year. We purchased 150 Freedom Ranger broiler chicks this year and by the time they were ready for the freezer we were down to a mere 53 birds.
Yes, that’s right, we lost about 2/3 of our investment. I wish I could say it wasn’t our fault, but even after 3 years of experience we’re still learning and no doubt there is still much more to learn. 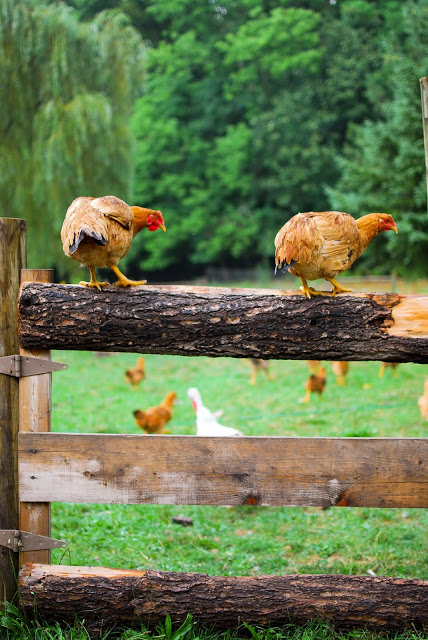 The good news is that we lost ZERO birds to leg issues. ZERO! We allowed them to grow until they were 15 weeks of age this time and they still were strong enough to run around, forage, and even roost! 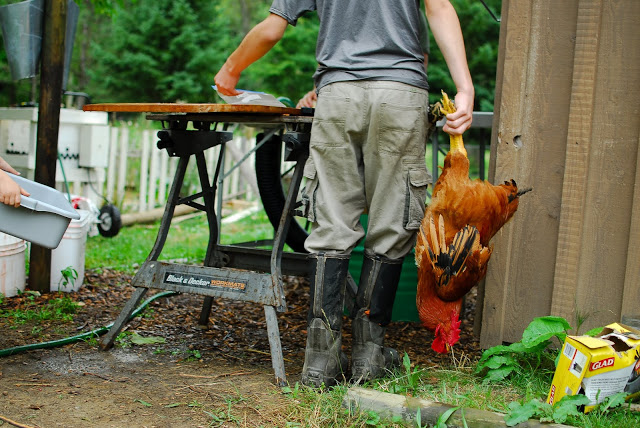 I love, love, love this breed! They fit so well with what we’re trying to do here which is raise delicious, healthy meat while acknowledging and embracing the way that the Lord created this animal to live. We want our chickens to range freely on pasture, scratching, running, flying, and roosting- in general acting like a chicken. The beauty of this breed is that they can do that and are still strong & hardy enough to handle the extra weight that was bred into them so much better than a Cornish X. And finally, I feel that I can say that the meat in the Freedom Rangers we’ve raised the last two years is hands-down the most flavorful and delicious chicken I have ever tasted in my life. The four batches of Cornish we’ve raised couldn’t begin to compare with the Rangers. And to think that when we first started raising our own chicken, we thought we were going to have to just get used to eating tough flavorless meat!

How thrilling to have a breed that holds to the standards of our convictions and can still provide us with meat of unsurpassable quality and flavor! 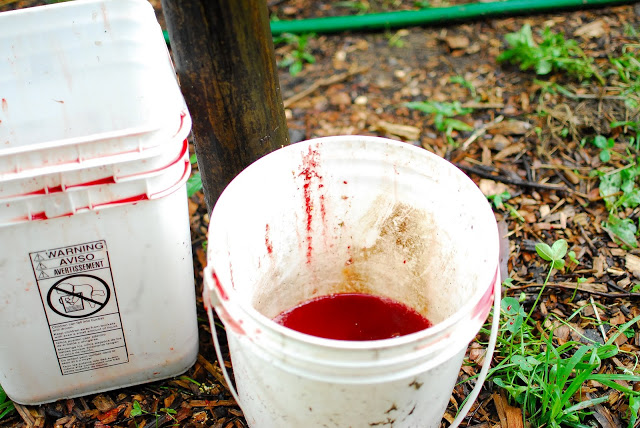 By feeding them supplemental feed & providing them with overnight housing, we are able to move them around the pasture similar to the chicken tractor model and still get the benefit of somewhat concentrated manure throughout the pasture. They will generally hang out around “home base” wandering off throughout the day and then coming back. Having them contained makes the chore of gathering them up on butchering day simplified. Just don’t open the door in the morning. 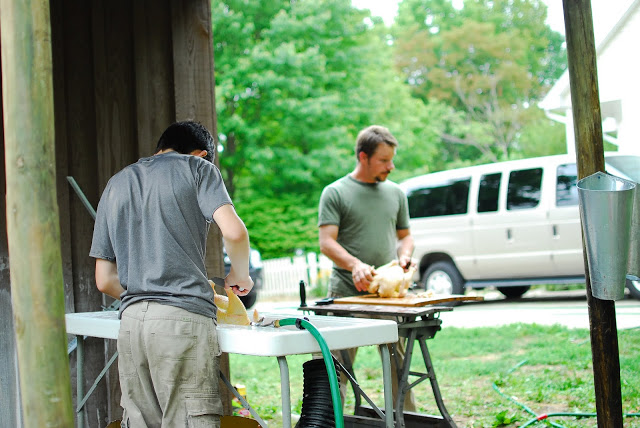 The problems we experienced this year were:

1.) The local farm & garden store times their arrival of chicks to coincide with Easter, which came early this year. Combine that with the fact that the state of Pennsylvania, which the chicks had to go through, apparently is closed on Good Friday meant that our chicks had to sit on a dock in the cold for over a full day before continuing their journey. We lost 18 birds within the first 24 hours of arrival.
2.) With my having just had a baby and my husband at work all day, we placed the care of the chicks into our oldest son’s hands. On one or two occasions, the chicks were left without either food or water for too long and we lost 11 birds due to neglect.
3.) In the worst loss we’ve ever had to date, we lost 53 birds to a housing huddle. It would seem that in the absence of rounded corners in the brooder, they will pile one upon another in the corners until the situation causing the huddle is remedied. Once the corners were rounded, we didn’t lose any more after that.
4.) Finally, we lost 14 birds due to predator attack. The good news is that we definitely took care of more predators than that. I notice when looking at last year’s stats that this is exactly how many predator losses we had last year. This is such useful information for when we determine the size of our future orders.
5.) Even though we gave them another two weeks to gain weight, the birds were much smaller than the ones we harvested last year, averaging at just under 4 pounds per bird. I suspect the weather this year with the early spring affecting the first generation of insect populations as well as the drought affecting the availability of pasture to forage from. In hindsight, we should have fed them more supplemental feed to give them some help or allowed them to continue growing for another couple weeks. 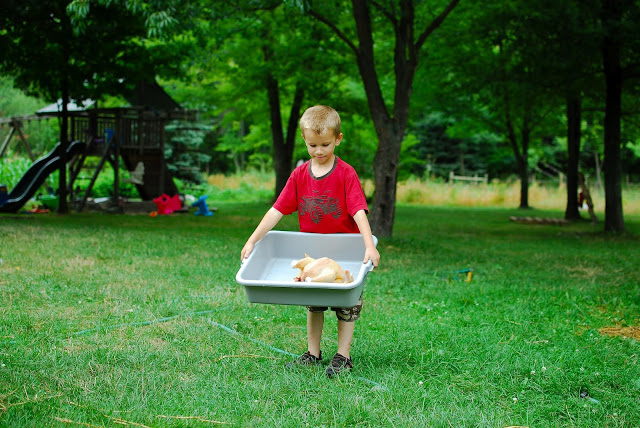 If I wrote something here about life experience or lessons learned: Priceless, would that make the cost savings a little less laughable?