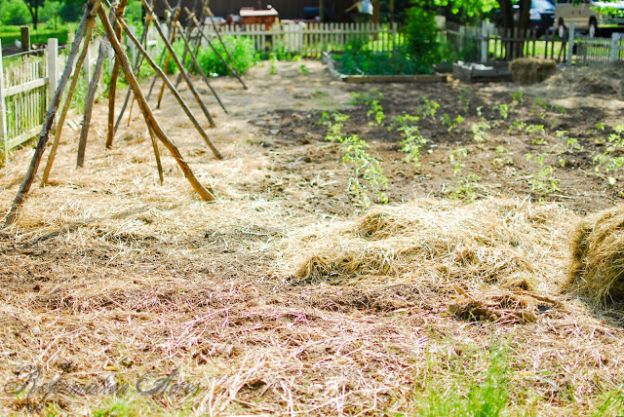 {week one}
Slowly working through laying down hay mulch-
I either didn’t have the mulch or the time, but I finally got it done that week.
Have I ever mentioned how much I love garden mulching?
Less weeding, less watering, and if that isn’t enough it improves the soil.
Win.win. win. 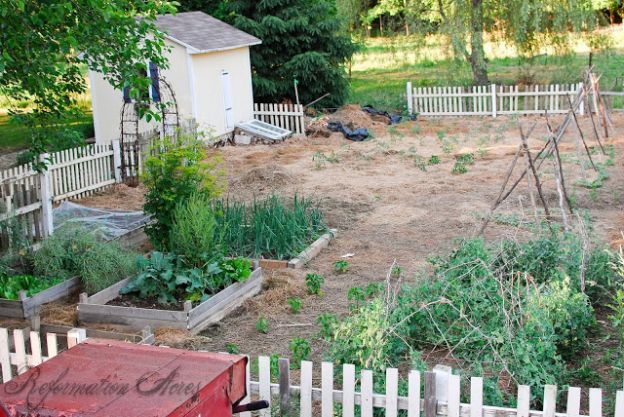 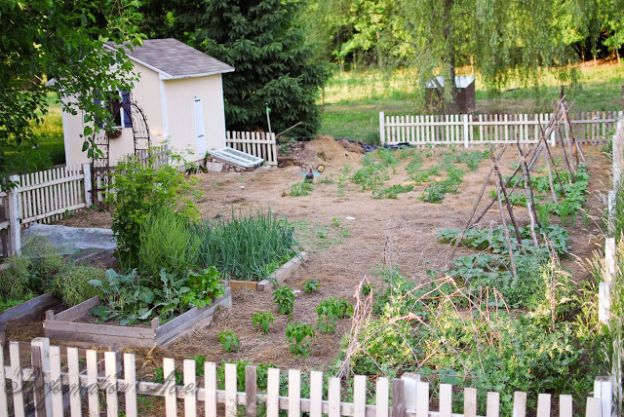 {week three}
Thanks to the hay mulching though, I’m watering the garden for maybe an hour every three days and it’s looking really good! 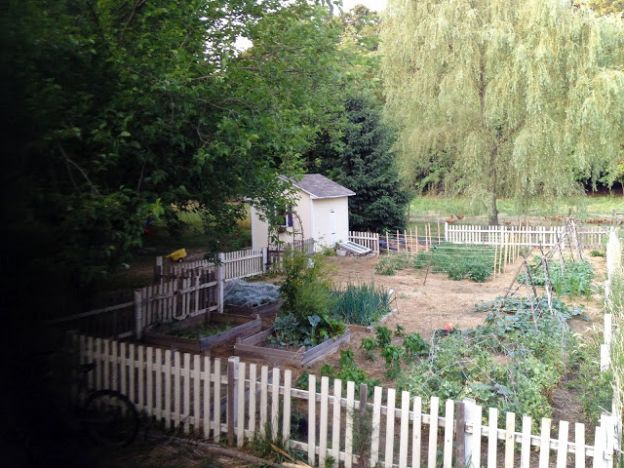 {week four}
I just started having to go on pick & squish rounds through the garden this week. I had been optimistic that the leaf footed & cucumber beetles weren’t going to be making a reappearance this year, but alas I hoped to soon. On the bright side, the plants are well beyond the first leaves stage they were attacked during last year and maybe I’ll have a fighting chance to bring in a meager harvest before they chew through the stems. Besides picking & squishing, I’ve also sprayed the susceptible plants with a couple capfuls of peppermint oil in a 1 1/2 gallon spray tank and I read that epsom salts sprinkled at the base of the plants will repel the insects while improving fertility. (Note: Don’t let the children sprinkle the salts as it would seem that if heaped in piles on the leaves it will burn through them.) If that all doesn’t work, I’ve got another trick or two up my sleeve.
Well the baby is asleep and so now I’m off to prune & train the tomatoes… and of course stain my fingers with a little bug juice.
How is your garden coming along?
« The Seventh Year
Sunshine Strawberry Jam Recipe (Pectin-Free) »