Such good stuff floating around the web right now, I’d thought I’d share some of what I’ve been seeing, reading, or listening to lately. Gleanings is my monthly “link love” post where I share some of the interesting articles I’ve come across the past month. 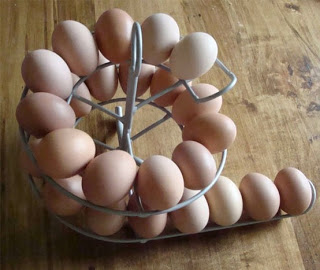 Egg Skelter– Never float test your eggs again! I think this is the best find I’ve seen so far.
Surely I’m not the only who struggles with keeping the eggs ordered by date- it’s especially difficult if you delegate the task to your children. 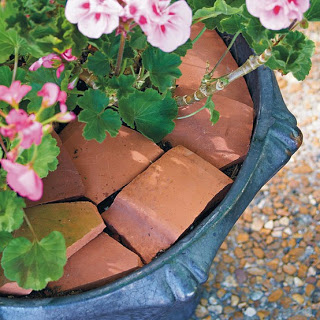 Hens dustbathing in your flowers? Kitties using them for a litterbox?
Here’s a great way to repurpose broken clay pots. 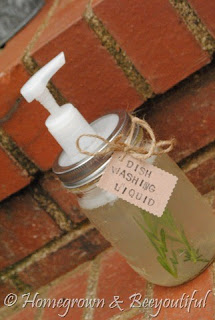 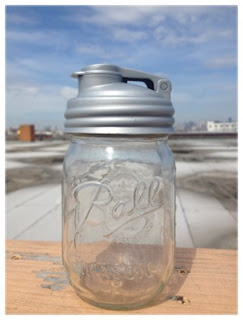 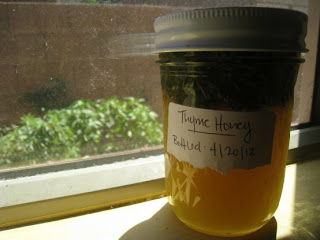 Thyme Honey– Add it to your tea for added immune support 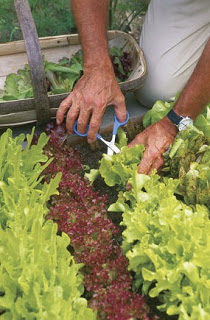 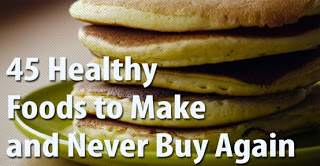 45 Healthy Foods to Make & Never Buy Again– With food prices on the rise and organic companies increasingly being taken over by mega-corporations who often find ways to circumvent the regulations, one way to ensure quality control in the kitchen is to cook from scratch. (For the homesteader, it’s how we use what we produce.) We only eat about half the foods on this list anyway- and even fewer on a regular basis. One way I’ve simplified things in the kitchen while slashing the food bill is is to be creative with fewer scratch ingredients on hand, but if you are an aspiring “from-scratch” cook, this is a great list of where to start.

Contentment in Simplicity is Enough

But success, as the world defines it, has a tendency to change people, or at least their circumstances and perception. Where as once raising babies and making bread for your family was everything one needed in life, suddenly one is presented with something more, as if there was something missing in the first place.

In This Election, Put No Confidence In Princes

The gift we were given was learning where to place our trust. Our disappointments as we placed our hopes in political solutions revealed that we had been worshipping at the altar of statism rather than putting our trust in God for the outcome of elections and solutions to political and cultural problems.

Nourishing the Plant: A Growing Time

“Growth. It takes time. It usually happens down deep where we can’t see it. What we do see won’t be constant; there will be times of preparation and spurts and stops. But if we are faithful to nourish those in our care, we will see growth over the seasons of life. So be encouraged. Even if you spent today working on the atmosphere of your home, the discipline of good habits, and maybe got a chapter read from a good living book, you are educating. You are developing a person. You are encouraging growth!”

Spirit-Led Parenting: How Motherhood Calls Us To Lay Down Our Lives

What I resonated with most in their book was the concept that, at its core, mothering is about servanthood. It’s about giving up our own rights and desires and schedules and conveniences, out of love for our children and obedience to Christ.

Ten Ways For Moms to Respect Their Daughters & Sons

We subscribed to the Christian Farm & Homestead Podcast and found the time to listen to a couple of them in the last few days and have found them a wealth of information and encouragement.    HT: My Backyard Farm

I’m sure most of you have heard that the Labor Department might be banning your children from doing their farm chores,

The Department of Labor is poised to put the finishing touches on a rule that would apply child-labor laws to children working on family farms, prohibiting them from performing a list of jobs on their own families’ land.

Under the rules, children under 18 could no longer work “in the storing, marketing and transporting of farm product raw materials.”

The new regulations, first proposed August 31 by Labor Secretary Hilda Solis, would also revoke the government’s approval of safety training and certification taught by independent groups like 4-H and FFA, replacing them instead with a 90-hour federal government training course.

But much of what is being reported is being called into question.

What you may not have heard was this important issue addressed from a Christian perspective because whether or not it is as severe as originally interpreted, the issue is still up for discussion which is frightening in and of itself. Listen to Kevin Swanson as he talks about wshat he sees as an “attack on family economies.” Obama Administration Threatening Family Farms – Communists vs. Family Economies

Have you seen anything new or interesting around the web lately?