Last year was an incredibly rainy & wet year and it was very difficult for us to find a stretch of time where the garden was dry enough to plant peas before the sun began to warm the earth too much so that the pea crop would be poor. Once we finally did get them in, that first planting was lost and time was even more of the essence to get them in.

I decided to pre-sprout, or chit, the second round of peas in order to ensure that each pea placed in the soil was viable and would come up more quickly.

This year, our peas have already been planted. Quite the opposite of last year, our soil has been dry and warm enough to work for most of the month. And with quite the distraction on (or rather in) my hands, I decided that chitting the peas wasn’t necessary since I would probably ruin the seed.

Thankfully, I took photos of the process last year so I can share this gardening trick with those of you who might need it for your gardens this year.

How to Chit Peas

From Gardening When It Counts–
“It’s especially helpful to chit peas and beans when you’re sowing early, in soil not yet quite warm enough.  Presprouting indoors preserves a lot of the seed’s energy to help it get past the harsh conditions outdoors. 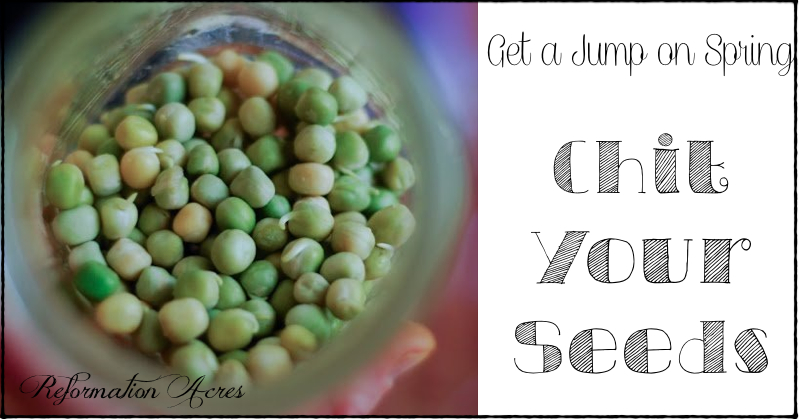 Count out three seeds for every plant you’ll ultimately want, and put them in a glass jar. Soak in tepid water for no more than six to eight hours. Attach a circular piece of plastic fly screen over the mouth of that jar with a stout rubber band. 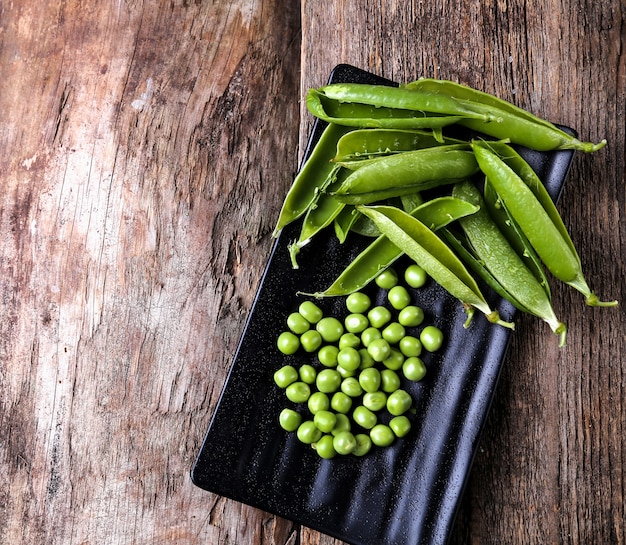 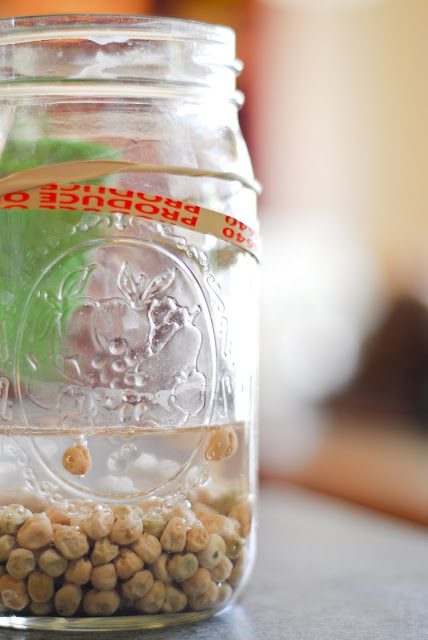 See how swollen the peas are? 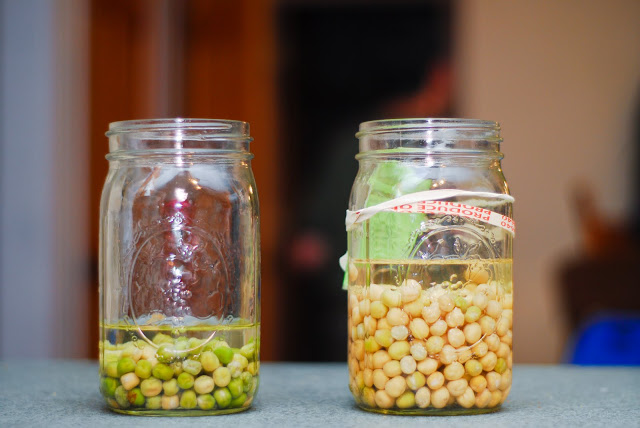 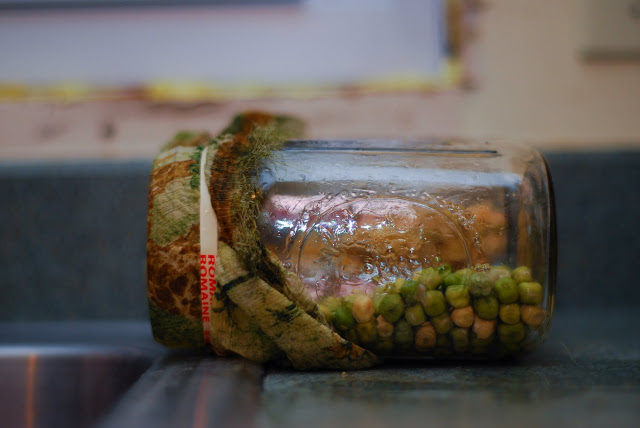 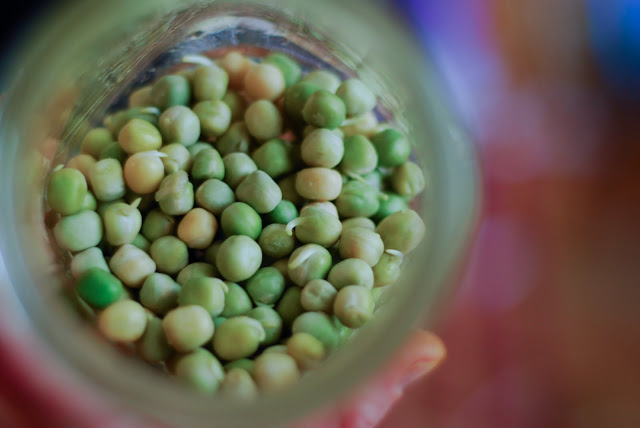 In three to four days, roots should be emerging. Plant them outside before the rapidly developing (and brittle) roots grow longer than the seeds. In each spot, you’ll want to plant to grow, gently place at least two sprouting seeds about 1 1/2 inches deep, if possible with the root pointed down. Cover with loose soil. They’ll be up and growing in a few days.” 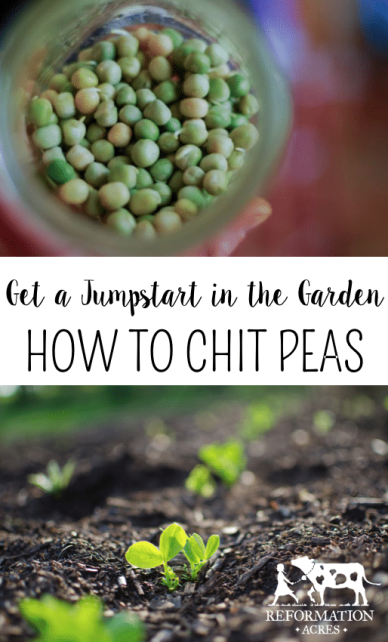 « Health for Godly Generations
How to Make Sugared Violets »