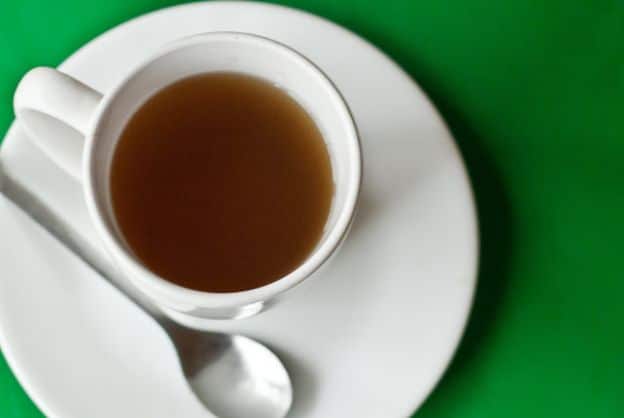 I’ve never been much of  a pregnancy tea drinker (or a tea drinker at all for that matter.) But this pregnancy, I’ve determined to get in the habit of drinking herbal tea. Having always been the type to prefer my health supplements in capsule form, this is quite a change for me, but I know that my liquid intake isn’t what it ought to be (seriously, who forgets to drink??)  and my thinking is that if I have to drink my supplements I might increase my consumption.

I’ve heard much about the benefits of drinking a pregnancy tea and I’m curious to see what benefits it might yield for me in the coming months as I work my way through this third trimester, labor, and recovery period.

A couple months ago, I purchased the four primary herbs I saw in most mixes, but I wanted to mix my own to ensure that I was getting a pretty large portion of nettle leaf since my foremost health complaint this pregnancy has been related to allergies & asthma and I would really prefer to steer clear of the doctor’s office and prescription asthma medications. 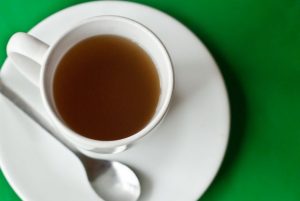 Nettle leaf was recommended to me by my midwife for its histamine properties this fall as I had a few asthma attacks that may have been triggered by allergies. I’ve since seen it’s a common ingredient in pregnancy teas and am most intrigued by the claim that it has a pain relieving, even sedative effect. When my time comes, I may try sipping it straight to see what effect that might have in my labor pain management. Nettle also is said to boost immune function and to treat skin conditions… making it a suggested hair rinse for those who suffer from dandruff or would like to regrow and thicken their hair. And most importantly, nettle is high in Vitamin K and is said to help with uterine bleeding.

Alfalfa leaf is a source of Vitamin K which helps aid in blood clotting, as well as Vitamins C & E, and beta-carotene.

Peppermint is said to be used in aiding digestion and curbing nausea and, of course, makes the tea very fresh, bright & lively, and palatable.

Red raspberry leaf is that controversial pregnancy herb mainly because one camp says it causes miscarriage in the first trimester and the other says it prevents it and helps with nausea. I’ve always chosen to err on side of caution and begin taking the herb in my third trimester. Until now, that has been in capsule form and I’ll be honest I don’t look forward to adding it to my supplemental regime each pregnancy because I don’t care for the effects it has on my digestive system. I was hesitant about starting it up so early this time, but happily I haven’t noticed any negative issues!! (Maybe that’s the peppermint at work.) In addition to being used for anemia and leg cramps, pregnant women who take red raspberry leaf are shown to have shorter, easier labors.

The study published in the Journal of Midwifery and Women’s Health in 2001 found that women who drank raspberry leaf tea had shorter labor, and fewer of their babies were delivered by forceps. The other study, published in the Australian College of Midwives Journal, cited in The Natural Pharmacist as saying there was “no” benefit to the herb for pregnant women, actually stated: “The findings also suggest ingestion of the drug might decrease the likelihood of pre and post-term gestation. An unexpected finding in this study seems to indicate that women who ingest raspberry leaf might be less likely to receive an artificial rupture of their membranes, or require a caesarean section, forceps or vacuum birth than the women in the control group.” In other words, scientific studies show that drinking raspberry tea actually is beneficial during pregnancy. 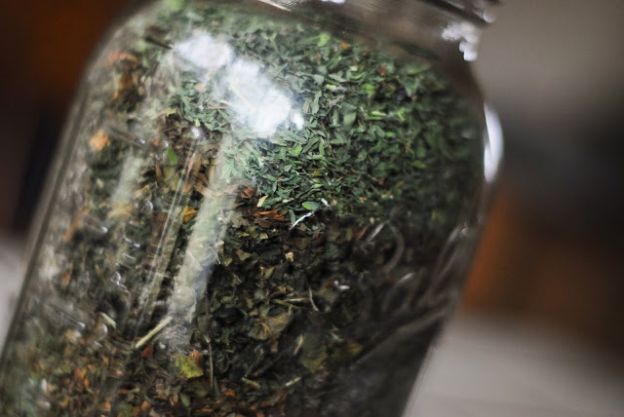 I mixed my dry, loose leaves up in a half gallon mason jar and I think the most difficult part about adding an herbal tea to my diet has been getting in the habit of making it more than once a day. I’ve easily added one cup to my morning routine, just before beginning lessons, but I aim to drink at least two more cups a day. Probably what I’ll have to do is brew all three cups at the same time and then reheat them on the stove as needed.

As a little gardening tip, make sure that you add your used tea leaves to your compost! Every little bit helps!

Disclaimer: As I’m sure you’ve gathered, I’m no herbal professional, let alone medical and I’m sharing this information simply to show with you one of the ways I care for myself during pregnancy. 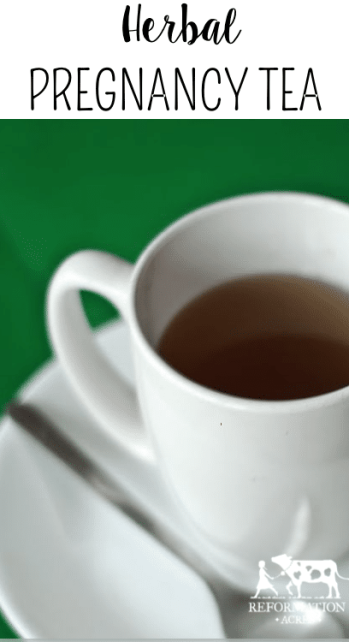