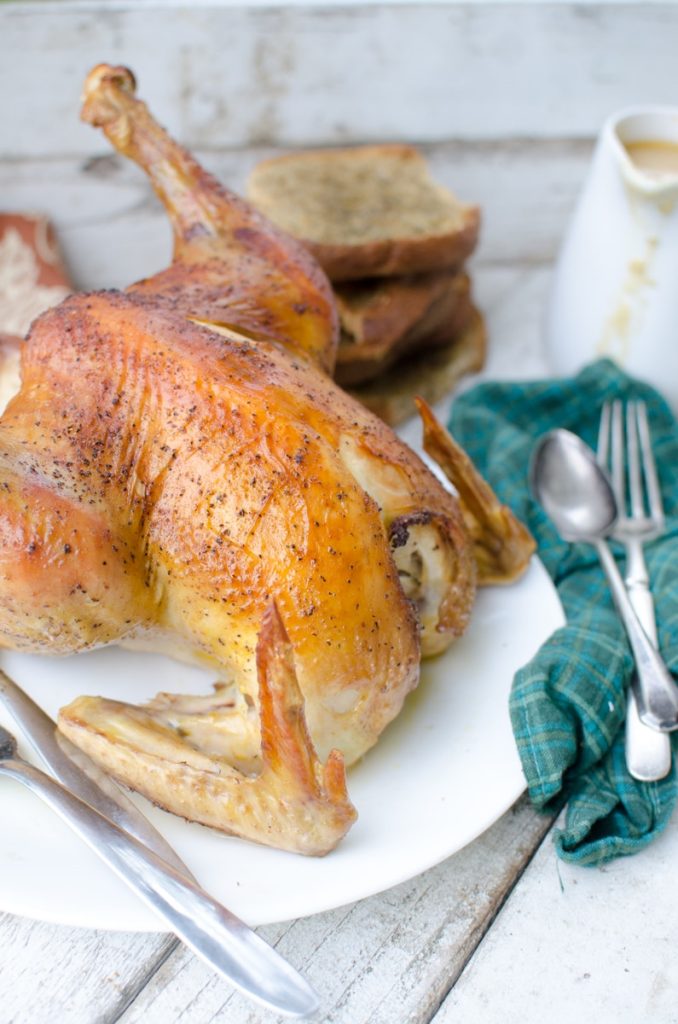 The first few years we raised chickens for our own meat, I must admit, left me less than impressed with the texture and flavor of the meat coming in out of our backyard.

The first year the meat was inedible without the aid of a crockpot and lots of liquid & time. Last year, we inadvertently learned that the meat needs to rest, chilled, for a day or two prior to freezing and then at least the texture was improved enough that I could use it in some skillet dishes.

This year, when our first batch was ready for harvesting, I was nervous. After all, everyone knows that when you allow your meat to run around the result is lean, tough meat and I wasn’t looking forward to having to lug the crockpot out of the cupboard every time chicken was on the menu.

Thankfully, when that first Freedom Ranger came off the grill and the meat slipped from it’s bones, we found it to be not only better than the meat from previous attempts, but the best chicken we’ve ever put in our mouths!!

I’m not exaggerating in the least! Every time I prepared their meat, I figured that this would be the dish that would prove they were not everything I was making them out to be, but grilled, roasted, fried, etc… it didn’t matter. This juicy meat felt like it was melting in my mouth (the fried chicken breasts!!!!) and was so flavorful I found myself feeling a bit like Bob at the dinner table.

This is the competition that the recently butchered Cornish meat chickens were up against. I felt the only fair way to make an assessment was for them to go head-to-head with the Freedom Rangers for a Roast-Off. I was certain that my pleasant memories of chicken dinners past would place the Cornish at an unfair advantage. I also wanted the opinion of the rest of the family. With a laid-back husband who is happy to eat whatever is placed in front of him and children to young to be objective, a game was required to truly assess our preferences.

For the Roast-Off, a Freedom Ranger weighing 6 pounds and a Cornish weighing 5 3/4 pounds were selected. That particular Ranger was purposefully chosen because the seal on the bag had gone bad. 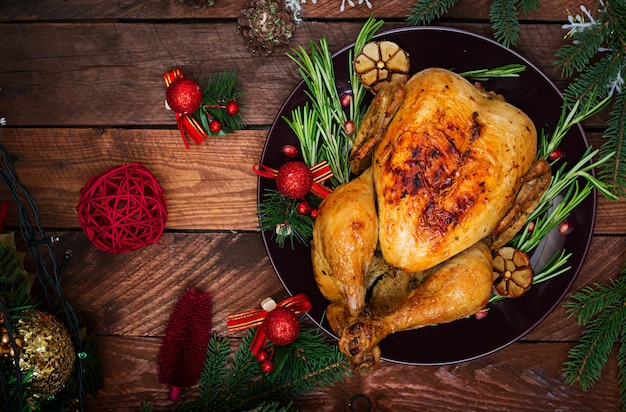 Initial observations while placing them in the roasting pan were that the Freedom Ranger (top) had the skin torn from the breast meat somehow placing it at a disadvantage right off the bat. I noticed that the Cornish (bottom) was all breast meat with these puny little legs in regard to both the size of the bone and the quantity of meat. No wonder they can barely support themselves in the field! The skin of the Cornish was thinner and smoother and the Freedom Ranger skin reminded me turkey skin. The meat was prepared by drizzling with olive oil and then seasoning the skin and cavity with salt, pepper, and paprika. I rubbed it all around the skin and then put it in an oven preheated to 475 degrees. After browning the skin… Cornish on left & Freedom Ranger on right

Once the skin is beautifully browned for color, flavor, and to seal in all the juices (time varies- maybe start checking at 30 minutes), I filled the roasting pan with a glass of water, put the lid on and replaced the pan into the oven this time with the temperature reduced to 325 degrees and continued to roast for another hour and a half before checking the temperature of the dark meat. They roasted faster than I expected with two birds in the pan and were already done with the temperature in the thigh reading just over 180 degrees. Just to be certain about the temperature, I tested the breast meat as well wanting to see the color of the juices after removing the probe, and as I plunged it into a breast of each bird, I already knew that the results would be definitive based on the amount of resistance I felt. 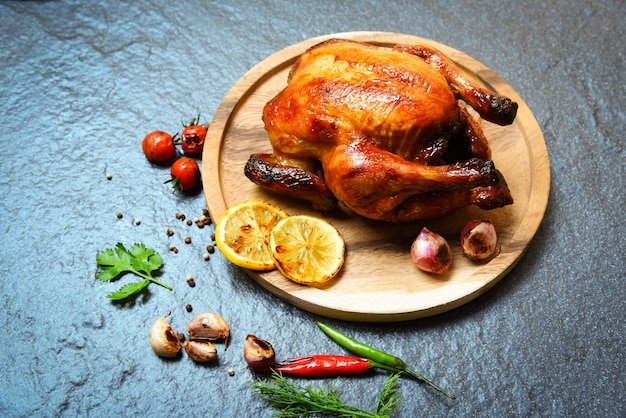 After resting the meat and preparing gravy with the drippings in the bottom of the roasting pan, I carved the meat. The Cornish needed to be carved whereas the Freedom Ranger was pulled apart by hand. I don’t know if you can tell from the photos, but I thought that one plate of meat was visibly juicier than the other and it was clear that the Freedom Ranger meat was falling apart and the Cornish held the sliced shape better.

At this point, I had kept the room cleared of people. I took the remaining parts of the carcasses, covered them, and set them aside. Unable to resist temptation any longer, I sampled a bit of skin from each bird. The Freedom Ranger skin was crisp, flavorful, and fatty. The Cornish skin, while crisp, lacked nearly any flavor. Cause we all know fat = flavor!

I ran a sample of each to my husband, the only other skin-eater in the house, and he declared them both good with the first one (Freedom Ranger) being maybe a little better.

I brought the whole family in and one by one made them try a bite of meat from Bird One (Cornish) and Bird Two (Freedom Ranger). No one was allowed to say if they preferred One or Two until every one had made an assessment.  I was last.

The tally was taken and the results were unanimous in favor of the Freedom Ranger.

In fact as I passed out the meat, every one was eagle-eyeing me to see which plate I pulled their meat from. Even 4 year old Lydia noticed me taking it from the Cornish plate for her meal and told at me to switch it out for the other!

It was agreed that the meat from the Freedom Ranger seemed to melt in your mouth and was rich with flavor while the Cornish meat took much longer to chew and was just plain old bland. It was the kind of roasted meat that NEEDED gravy to make the dish exciting whereas the other meat could easily stand alone.

So there you have it. Our family’s official verdict is that Freedom Ranger meat is superior in flavor, texture, moistness, and skin quality than the Cornish birds we raised this year.

I’ve seen other results in taste tests that say there was no difference discerned between them and I won’t promise that your results would be the same as ours. We tried as much as possible to raise them in the same manner with the main difference being one was raised in early summer and the other in the late summer. I guess the only way to know if that had any impact would be to raise two batches of Rangers next year. 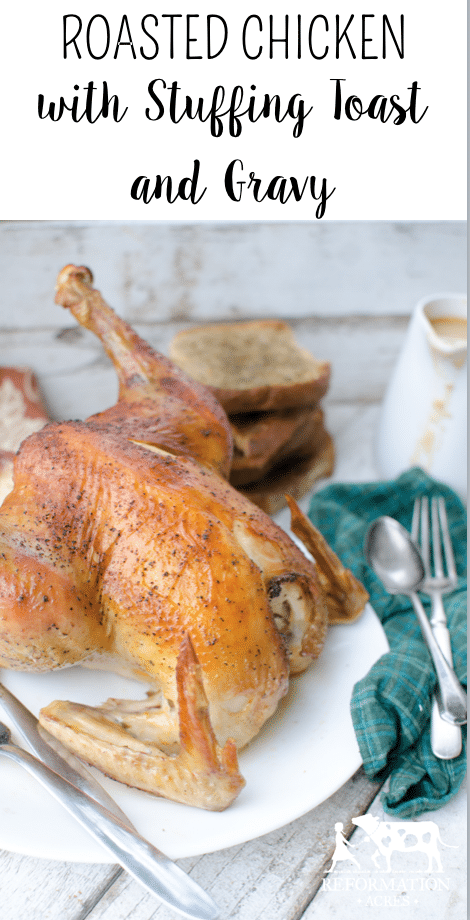