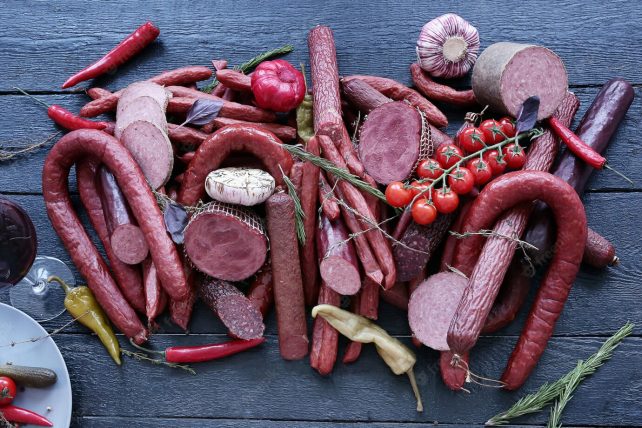 Over time, our homestead has yielded thousands of pounds of meat in the form of grass-fed beef, pastured pork, and pastured poultry. But because I lacked a plan for our meat, I found that we were almost eating “seasonally,” if you will, depending on which we had most recently butchered. It’s a vicious cycle that makes us glut on the latest additions to the freezer because we’re so thankful not to be eating what we had previously been bored eating. What we were really missing was a plan to raise a year’s supply of meat on the homestead that would be enough to keep the freezers full to last from one season to the next.

With an organized plan, we can work into a system whereby our freezers are filled with a wide selection and diversity of meat for our meals! Of course, we’ll continue to keep careful homestead records all the while using the SmartSteader homestead management app to make sure our costs stay low. It will also help us to track yields from year to year. That way if we run out of something before the year has passed we can see exactly how much we had put away in the freezer and make a better plan to raise more the next year so we don’t run out again! 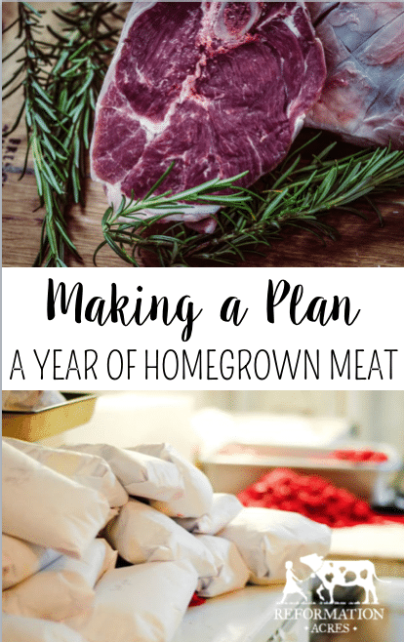 Planning for a Year of Homegrown Meat

The easiest way to tabulate how much meat our family will consume is to break it down into weekly amounts. The plan for meat in your family will look different based on your needs and what you prefer. To give you an idea, this is what it looks like for our family.

We eat about a pound and a half of meat at each meal for our large family of (I have 7 children still at home)…. and these guys aren’t getting smaller. Since we are growing, I’ll allow for two pounds of meat for each meal to be certain that there is enough to cover us and account for hospitality. It never hurts to have a surplus at the end of the year! I’m sure that I could stretch each day’s portion of meat further, but instead, I will allow for that to go to leftover lunches.

So according to my calculations, we’ll need:

I can stretch a 5-6 pound whole chicken to two days, but I feel it’s safer to allow for 2 birds.  Usually, we’ll roast or grill a bird, eat about half and then I get about 2 cups of chicken from the other half to divide into another meal. 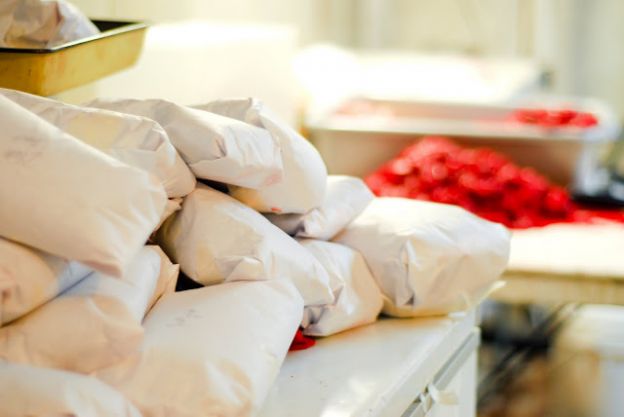 This is one that takes some time to get going. It is a 2-year minimum to get the ball rolling since that’s the best age to butcher. We can get at least 200 pounds of beef. Enough to last the two years until the next butchering. If we raise a beef breed, this number easily doubles, but so far we’ve only raised one beef breed steer. Mostly we’ve butchered the steers from our dairy cows which have the much lower yield.

Because ground pork is breakfast fare at least once weekly in our home, I would like to have extra for that purpose. We rarely eat bacon for breakfast and prefer it in main dishes… like in Fresh Corn Chowder  or Venison Meatballs over Fettucine (though we use beef these days.) Or I’ll use it as a garnish in Spinach Apple Bacon Salad or Wilted Lettuce. If we’re hankering for that good old “bacon and eggs” flavor I’ll whip up some Bacon (or Pancetta) Compound Butter to cook the eggs in. All the flavor, but uses very little bacon! This amount of pork is approximately what our yields have been over the last couple years and we should still be able to squeak by with raising just two hogs to meet our needs by choosing heritage-style bacon-type breeds that gain more weight than smaller heritage breeds.

We actually haven’t started raising rabbit… yet. We spent this past year trying out some new recipes to make sure it’s something we will like eating. And they were a HUGE hit! I’ll start slow and commit to only one meal per week while we work this new area of production into our homestead.

I’ve done very little research at this point, but it looks like New Zealand rabbits reach a fryer weight of 5 pounds, around 8-10 weeks of age. If they dress out at 50%, I’ll need one rabbit per week, assuming our rabbits are undersized. Not to mention our inexperience will make waste at butchering time. This may mean I’ll need to get 2 does and a buck since they have a “minimum” litter size of 4, a gestation time of a month, and can be rebred quickly after birth. For this, I’ll figure a month. Which should give at least 48 rabbits to butcher each year.

But as any homesteader quickly learns,  all we can do is make a plan- it’s up to the Lord to bless them and bring them to fruition. At any rate, it’s exciting to imagine that our homestead might one day provide our family with over 1000 pounds of meat annually!!

Commit thy way unto the LORD; trust also in him; and he shall bring it to pass. Psalm 37:5