I don’t know if I  mentioned it yet, but May was a wet month for us. (I told you that didn’t I?) With nearly 5 3/4″ rain, there wasn’t much of an opportunity for us to get into the garden.
With a last frost date of the 24th, there really isn’t much we should be doing anyway. When there are short bursts of decent weather, it is oh so tempting to take advantage of those pleasant days, but we must constantly remind ourselves that our plants will be the ones weakened by our haste as they struggle to survive in less than ideal conditions. But we do like to take those pleasant days and putter around in the garden, giving the appearance of doing something to prepare. 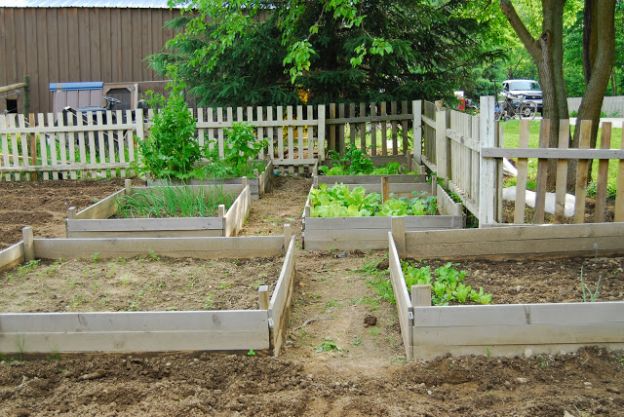 Our raised beds flourished despite the rain thanks to the superior drainage they afford. 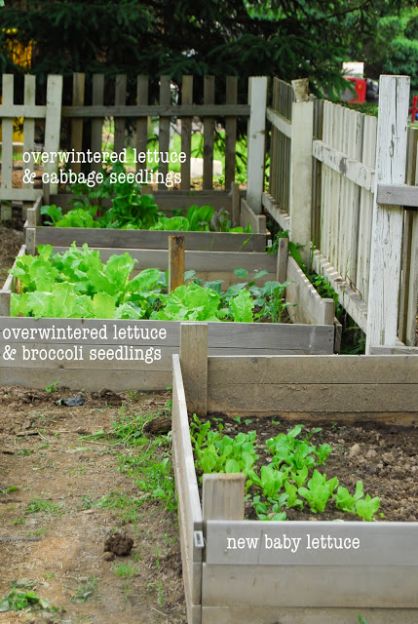 I sprouted the brassica seedlings a couple months ago and planted the new baby lettuce earlier in the month, but what has me particularly excited here are the overwintered lettuce. I just about broke my arm planting those seeds last fall. But I shall keep you all in suspense until I can show you how I did it later this year. 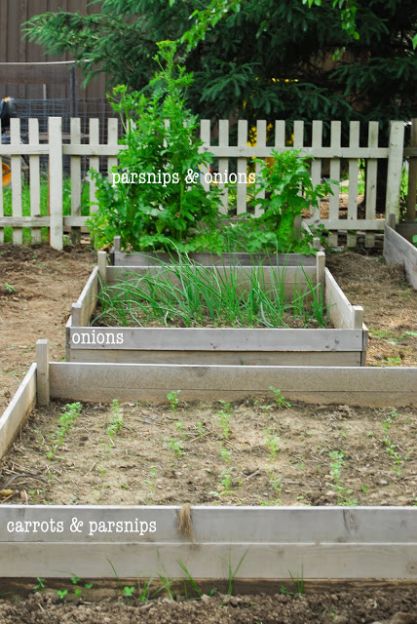 The carrots and parsnips in the foreground were planted at the same time the new baby lettuces were. Looks like I may have gotten my rows pretty straight. My husband will be so pleased.
Remember my onions? That’s what they look like now.
And those big ole’ parsnips I left in from last year so they will go to seed. Looks like I might have to study up on at least one seed saving technique before July. 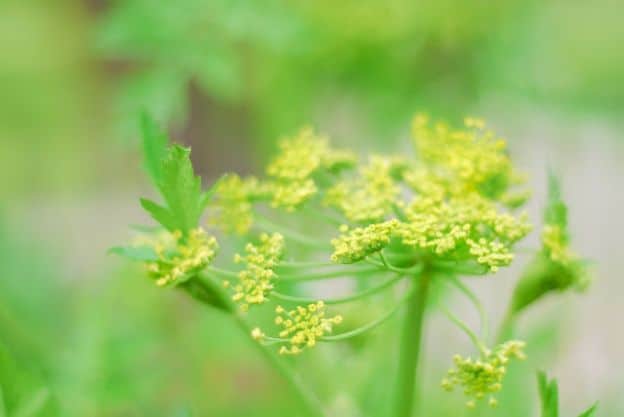 Parsnip flowers. So pretty… much like Queen Anne’s Lace. 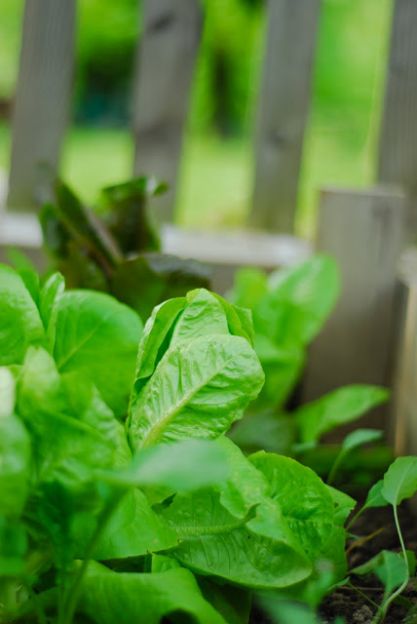 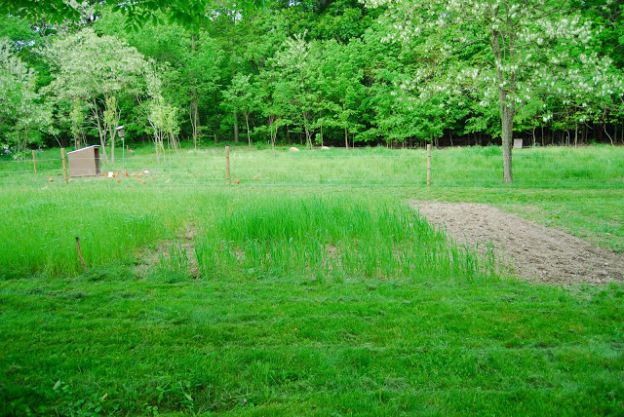 We pretty much have no idea what we’re doing here, I’ll be honest.

~A little bit about cereal leaf beetle larvae. It looks somewhat like a tiny black slug. That’s because it covers itself with its own waste in order to disguise itself as bird droppings. How charming. I cringed as I  searched for control methods thinking I would have to sift through mounds of sites advising what type of poison I should apply to our food source in order to eradicate the parasites. Instead I was pleasantly surprised to learn that modern agriculture has nothing on these guys. What you need to rid yourself of these are other bugs so I bought a few. 750 to be exact. I am now the proud owner of 750 ladybugs who I intend to release and allow them to free-range on larvae and eggs right there in front of my chickens who appear be doing something similar.

~Finally, it would seem that ashes make our grain happy. If you’ll notice in both wheat and oat sections of the field, there is an especially dark green patch. It’s most noticeable in the image below. That area was formerly a burn pile and
I was too lazy
it was too cold for me to feel very motivated to clean it up prior to planting so I sowed right over the top of it and I find the difference to be remarkable. 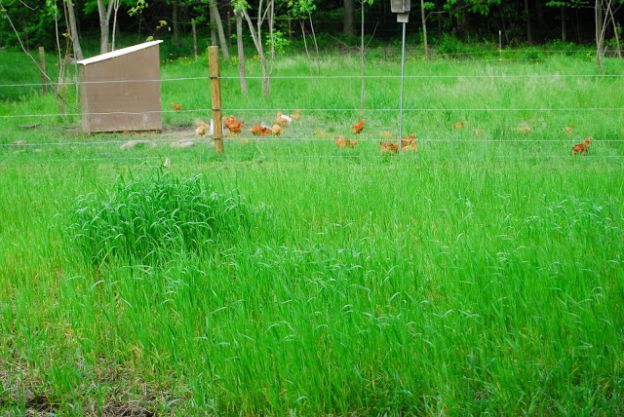 So that’s our garden for the month of May anno domini 2011. Stay tuned, next month you’ll get a bird’s eye view of our progress, if Lord willing, we have any 🙂

« Girls In The Kitchen: Passion Cake (VIDEO)
This Homesteading Mama’s Struggle: Getting it All Done »