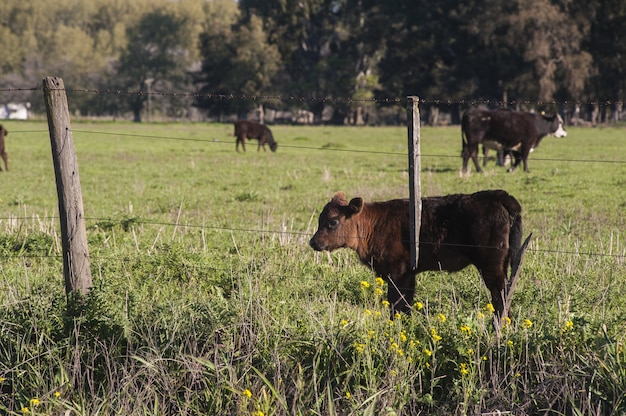 Meet Augustus. Gus for short. He is the heir of our Caesar and namesake of another. For my little ones, his name is a mouthful hence the nickname. To me, he’s Little Caesar’s.
If you would have asked me on Friday, if he would be alive today, I would have emphatically asserted, “NO!” As I scoured the internet to find when he should be nursing, all of the information indicated that he had less than 2-3 hours to get colostrum into his gut before he would need a blood transfusion to survive. Unlike people, beneficial bacteria do not pass the placental barrier and colonize in the gut, so it is essential that they receive that from the colostrum in order to be healthy…. and survive. If they do not get those nutrients, the window of opportunity for absorption passes and they’re in trouble and will suffer from scours or pneumonia. 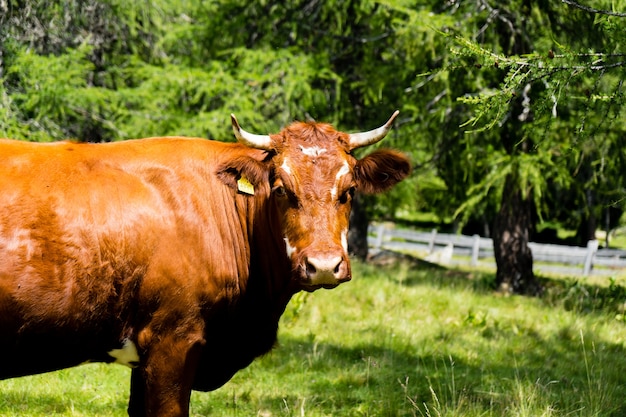 Well it took him a full day to figure out how to properly nurse, but he seems to have it down now. I’m amazed at how quickly he eats. I imagined that he would be seen spending a great deal of time nursing (I know it takes us a long time to get that milk out!), but he is at the job for usually less than a few minutes. He is relieving himself often enough that I’m no longer concerned. 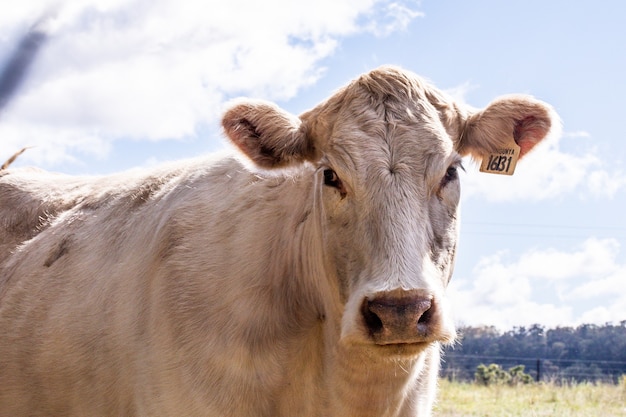 I’ve become a student in maternal cow behavior and for the most part it has been a pleasure observing this part of her personality, listening to the way she speaks to him. Not so much when it comes to her fascination with when he expels his waste products to the point of drinking them. Didn’t know they did that. 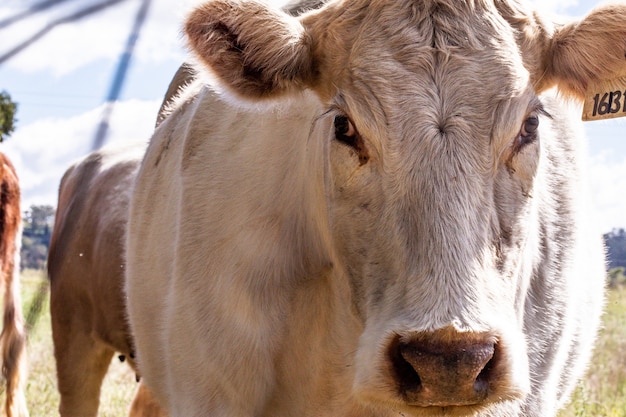 Maybelle is wonderfully easy going with us around her babe. Even when she is feeling a bit nervous, she quickly is reassured and calmed. I’m hoping that when we begin to milk her on July 5th she will handle the separation well. Milking should be started at 4-7 days postpartum and we’re extending that a bit so that our holiday plans aren’t interrupted. (Who am I kidding?? We are sick every year around the 4th. We aren’t going anywhere.) 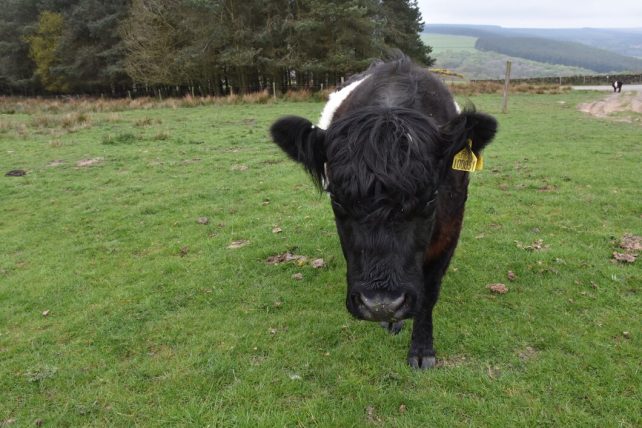 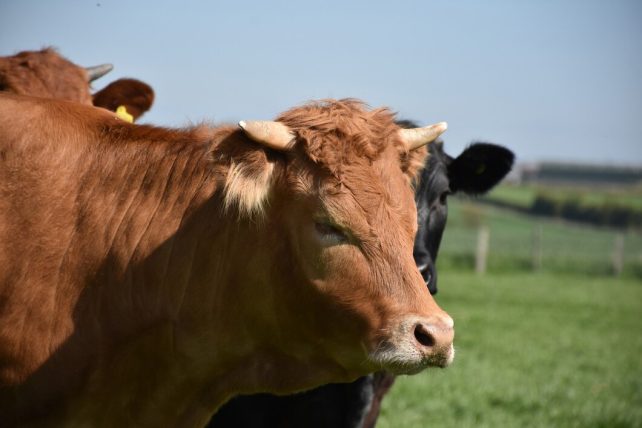 She calls him, ‘Kitty’. I wonder that she associates him with the kitty rather than Maybelle whose name she calls out in perfect imitation of how we call her in. 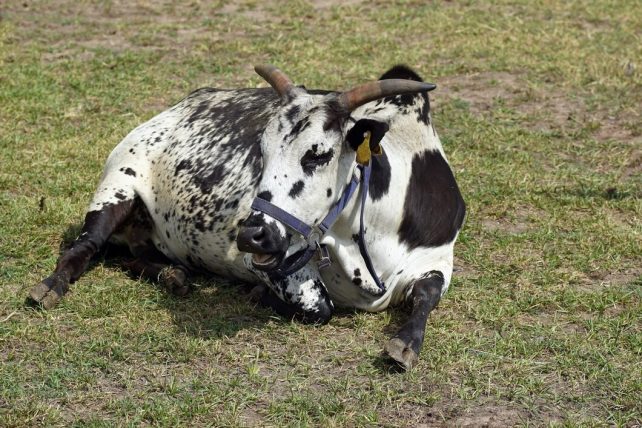 The two fuzziest heads I know…. she’s giving him a hug. 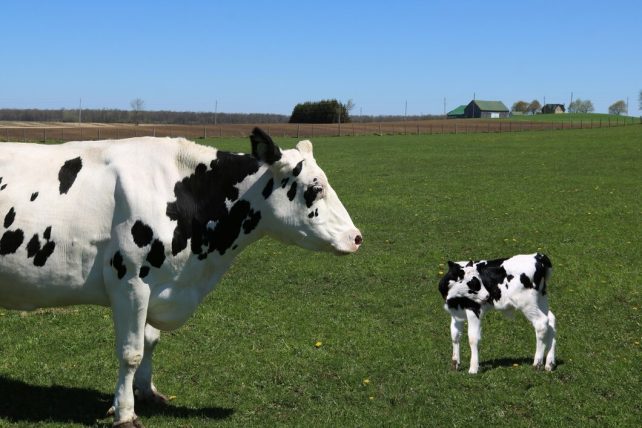 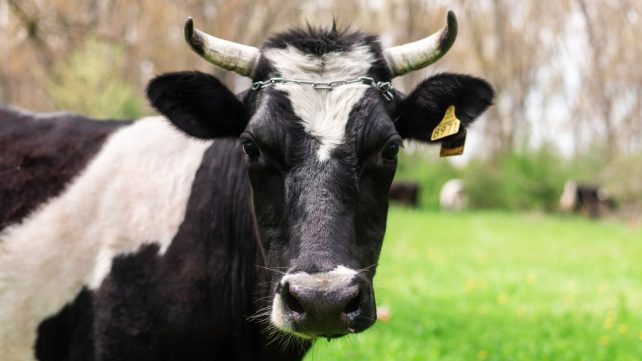 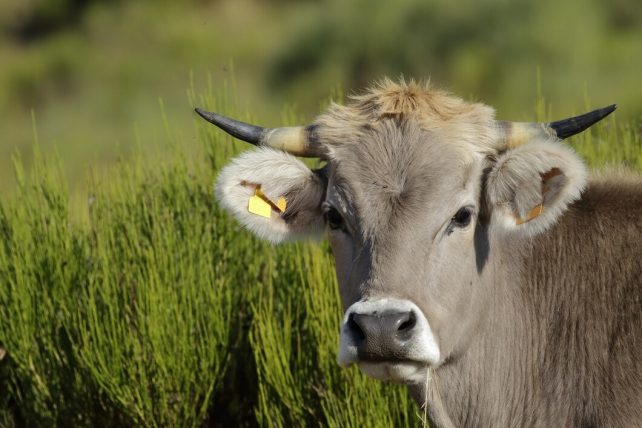 We’ve already begun the process of halter breaking him. He cares little for it, but doesn’t put up too much of a fuss. When he does, he’ll thrash his head around, lose balance, and fall flat on his side to the ground. It’s quite comical. 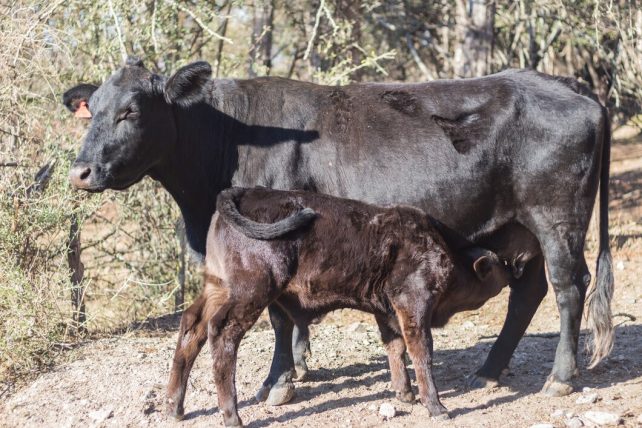 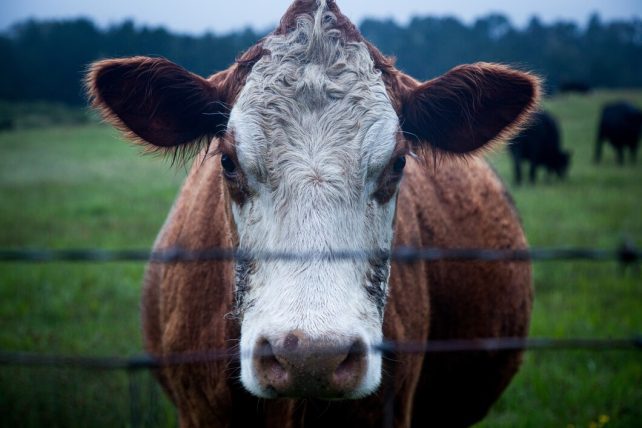 To us at least. Maybelle seems to be anything but entertained. 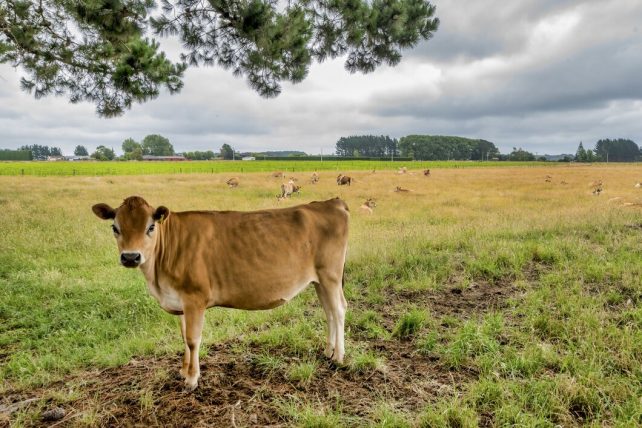 Sadly, his gender has been the cause of a great deal of discussion about his future as we decide whether to put him on a course straight to the freezer or sell him as a breeding bull for folks looking for more dairy in their Dexter. (Have you seen the udder on his mama?? Her teats normally look like this.) With most Dexter owners gravitating towards the purpose of raising for beef, it is certainly tricky to find a Dexter ideal for adding to a small homestead dairy such as ours. It was such a blessing to find Maybelle when we worried that we’d get stuck with goats.
Much debate is occurring as to the best way to re-breed Maybelle in 3 months. While we would prefer Au-Naturale and to be repaid in a great source for beef and manure, not to mention the higher success rate, finding a good bull won’t be easy. (Leasing one, virtually impossible)  The logistics and improbabilities of a successful AI make us nervous. We don’t want to be without milk for too long next year. So around in circles we’re going on this one.
It’s quite exciting to see our homestead growing. More exciting it will be though to see my refrigerator filling in a few days. How I have been longing for milk! It has been a long many months without that cold, creamy, refreshing goodness.
https://www.youtube.com/watch?v=_lFjWlwseHk 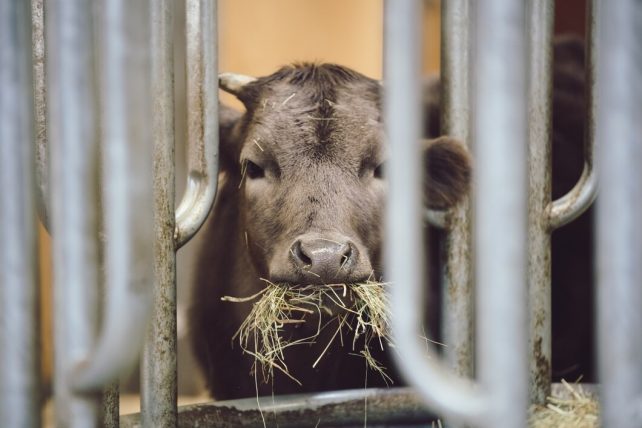