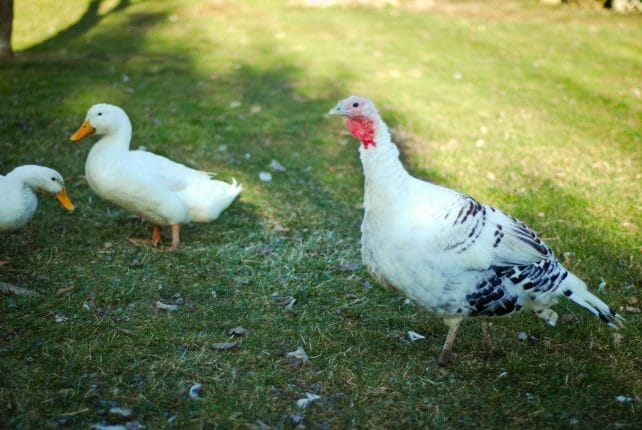 One of our goals on our homestead is that our operational costs would be comparable to what we would be paying for food at the grocery store but that our food would in most cases be superior in flavor and nutritional value as a result of the freshness factor.

But the thing is that we weren’t buying the best food that we possibly could, and haven’t for quite a while. In conjunction with rising food costs, our family size did some growing. Both factors meant that we couldn’t continue to pay the big bucks for organic food. For example, I stopped paying for organic milk when the price jumped to $8.00 per gallon. Organic butter at $5.00 per pound. Organic dairy products are pasteurized at ultra high temperatures making them deader that dead anyway so I compromised and payed $2.00 per gallon for hormone free milk. Organic produce was virtually untouchable and if I could bring myself to literally touch it I found that it was well into the decomposition process. If it’s started to rot, it’s certainly past its prime and peak nutritional value making it not worth paying for let alone eating in my opinion. Clearly, I was questioning the true nutritional value of organic food anyway. After all an organic cookie or cracker or breakfast cereal are all still highly processed foods (although it is admirable that companies are producing ingredients in a more sustainable way) and can not be constituted as healthy by any means. Besides the big organic companies are all owned by the same folks now anyway.

Natural or organic meat and eggs are not better in many cases. So I struggle with exactly how to make the comparison when ascertaining if we’re achieving that goal.

Last week as I perused my store flyer, a huge .49 cents per pound advertisement for turkey was staring me back in the face. Naturally, my thoughts wandered to whether we made out on our turkey raising venture this year- or at least broke even and I doubted it.

We began to tabulate how much we thought it had cost us this year and while we can’t be exact since the turkey’s shared their rations with the layers and broilers at times, we were able to make an estimate. Being generous, it probably cost us about $30 for the cost of the poults and if it took 100 pounds to feed them for the three months they were able to be in the coop. We harvested a 25 pound and a 30 pound bird, which means that we were upside down.  Quite disappointing.

That is until I flipped further back to the meat page and saw that they were advertising fresh turkeys:

All sizes, Raised without Antibiotics, All Vegetable Diet, Gluten Free.

One step down from organic. I guess if their “All-Vegetable Diet” had been organic corn and soy, then they would have achieved that ultimate standard.

Well our birds haven’t achieved that standard either. We don’t spring for organic feed to supplement the free-ranging that our poultry does. But our turkeys were still better than the ad-turkey and here’s why:

Turkeys, like all poultry, were created to eat bugs and worms and moles and any other meat they can find in order to convert that into protein. Not “all-vegetable” soy. Turkey’s are not vegetarians, they’re omnivores.

They also don’t need supplemental feed!! Our turkeys stopped being able to fit into the coop months ago. The only grain/ soy they’ve eaten since then is from the cow pies laying around the pasture and not so much from there either since we’ve been able to get Maybelle switched over to munching on an alfalfa flake while milking instead of sweet feed.  So in my opinion, our turkey meat is superior to the ad-turkey and, yet not technically organic making the ad-turkey the orange to compare my (crab)apple to, not an organic bird. (Seriously- I’m interested in the flavor this year since they were dining pretty heavily on the crabapples that had fallen to the ground the last few weeks of their lives.)

Thank goodness because I can now justify having wasted so much of my life sweeping turkey dropping off the front porch this fall.