A few quick photos and then I’m off to bed… I’ve been called up to help with the milking in the morning and I’d hate to nod off in church ;D 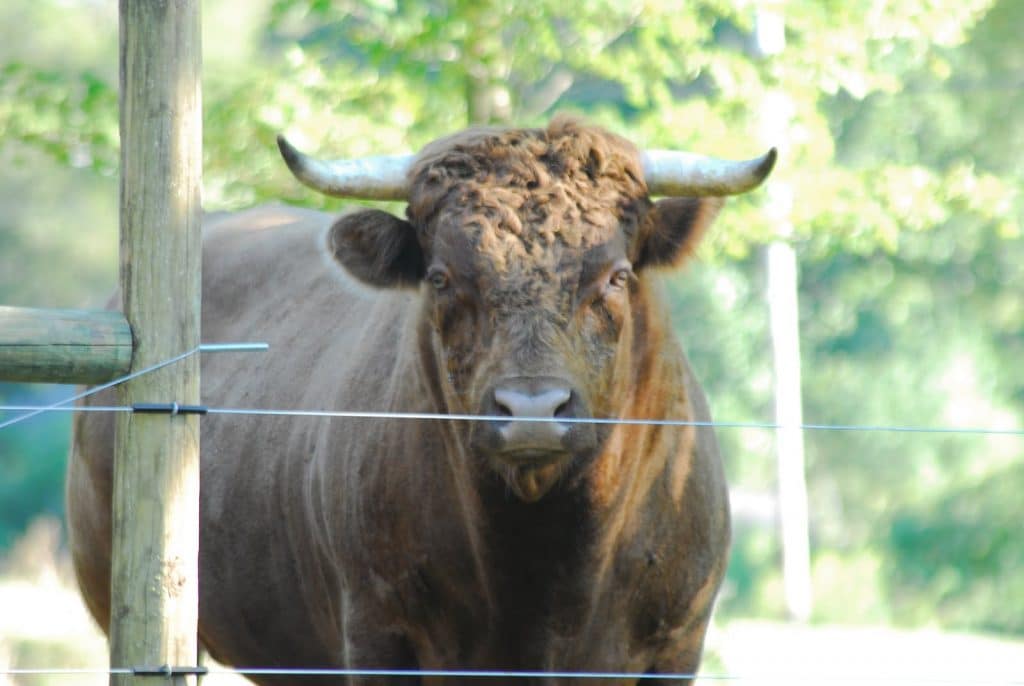 He’s a handsome fellow, isn’t he? 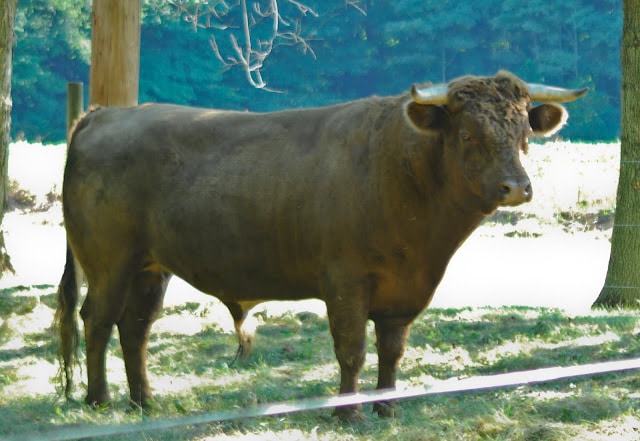 Didn’t give any fuss coming off the trailer. He just wanted to be near his lady. He literally was skipping at one point, which as I’m sure you can imagine looks pretty ridiculous for a fellow his size. But don’t tell him I said that because, as I alluded to earlier he scares the daylights out of me. I’m surprised the photos came out and weren’t blurry due to a bit of shaking. 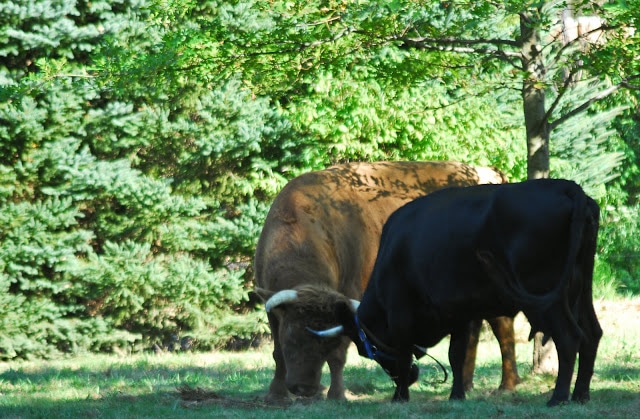 I know pretty much nothing about cattle, so it may be normal, but they did a bit of “fighting.” Maybelle definitely seemed much more aggressive than he did ironically. She was pawing at the ground and everything. He tore up a bunch of forsythia growing in the pasture that we just left. I imagine he was leaving his scent on the place. 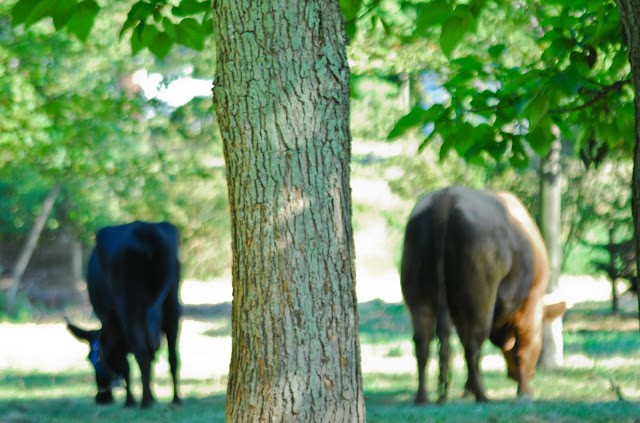 He’s following her everywhere she goes and even though we were all a bit nervous about how they would handle being separated for the evening milking, it went off without a hitch. 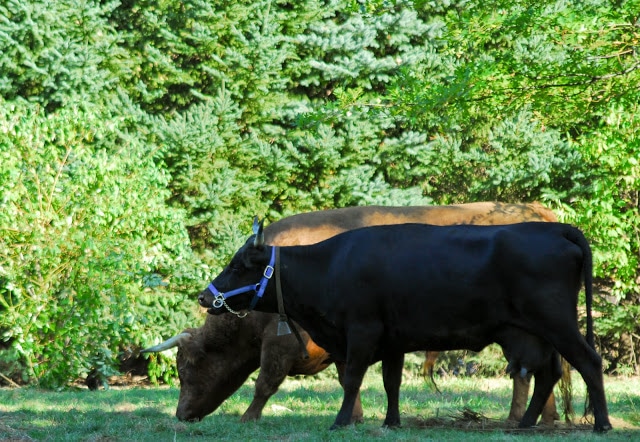 We’re calling him Caesar because, well, it just sounds like a good bull name and also because we’re going to turn traitor on him and stick him in the freezer.

I read that a cows cycle is 21 days (the vet gave her a shot to get her to system going again) and that it can take about two months before you can test to see if she’s pregnant. (Correct me if I’m wrong here please.) So we’re looking at keeping him on for about three months minimum and hopefully not one day longer!

I sure hope he doesn’t eat us out of house and home between now and then.