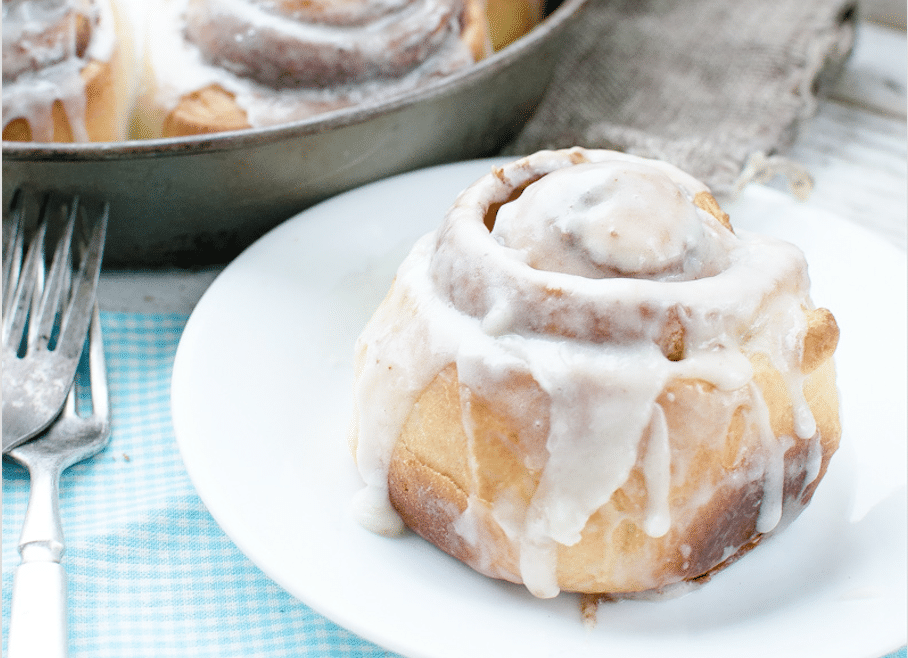 Every once in a while, I decide that it’s been way too long since I treated my family to warm, homemade cinnamon rolls for breakfast. Saturday was one of those days. As I sat there relishing in the sweet, gooey goodness,  I realized how selfish I am. Because I have this wonderful homemade cinnamon roll recipe with you before now! One bite of these and I assure you that you’ll be angry that I haven’t shared these sooner. Please accept my most sincere apologies in advance!!

Hands down, these are the best cinnamon rolls I’ve ever eaten!  They have just the right amount of sweetness and spicy cinnamon and an AMAZINGLY soft center. They couldn’t be easier to make. I simply throw the ingredients into my bread machine the night before, set to the dough cycle and timer for when I intend to awake. In the morning, a few simple steps, a second rise while the oven preheats and 10-15 minutes later, et voila! Better than bakery cinnamon rolls!

Since I typically choose simpler recipes (like Whole Wheat Scones with Chocolate Chips and Strawberries) for our special breakfasts, if we are going to eat homemade cinnamon rolls, they MUST be the best!

I have tried some make-ahead options before. I believe that the best way is to make sure that the cinnamon rolls have a nice rise. (Which is hard when you refrigerate or freeze the raw dough) Or that they aren’t overcooked. (Which is hard when they’re fully cooked and reheated when serving.) You can make that happen by partially cooking them until the outside of the cinnamon rolls are cooked. Then finish cooking when ready to serve. So what you want to do is bake them for about 7 minutes. Cool them down to room temperature before freezing. Then thaw them before the morning you’ll finish baking. When it’s time to bake them up, do so for another 5-8 minutes until they are fully baked. 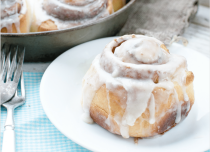