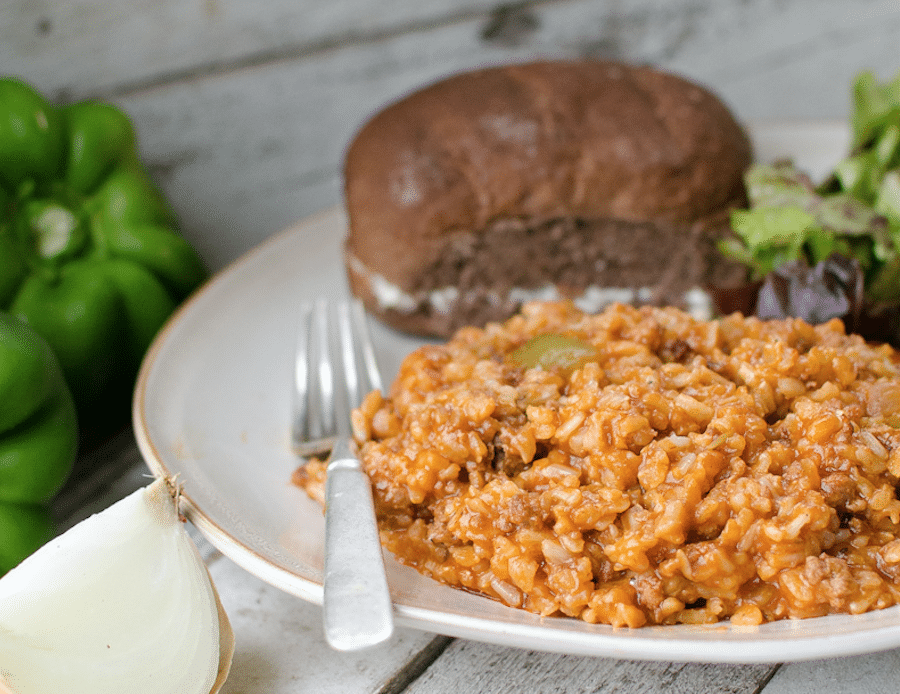 Can’t fully cook the rice in Stuffed Peppers? Try this Un- Stuffed Peppers recipe! It’s not as pretty, but it tastes just as delicious without all the work!

I have a confession to make. I seem to be incapable of cooking one of my husband’s favorite meals. For the life of me, I mess up Stuffed Peppers every.single.time.  I don’t believe I have EVER been able to get the rice to cook, despite basting numerous times. Therefore supper is usually delayed by up to several hours.

Thankfully, Bill thinks Un– Stuffed Peppers tastes just the same as Stuffed Peppers because I can actually cook it! It’s a foolproof Spanish Rice recipe my Dad came up with. I’m not certain where he got it originally, but if I know my Dad, he has tweaked the recipe anyway.

Un- Stuffed Peppers is a very frugal, adaptable meal for one night, but we usually have enough for leftovers. I love eating it with fresh, homemade, buttered bread. They go together wonderfully! Try serving it alongside Dark and Soft Restaurant Dinner Rolls. So good!

Is “un-stuffed” even a word?

I’ve been able to cut down on the cooking time on Un-Stuffed Peppers further by using an Instant Pot pressure cooker to quickly cook it for only 25 minutes! Plus you don’t need to partially cook the rice in advance!

(That Instant Pot was a seriously good investment for me since I often fail to plan meals ahead. It has allowed me to quick meals that don’t taste like it took them less than half an hour to make! We’ve taken it with us on vacations and plugged it in at the hotel in the morning, set the timer, and came back in the even to dinner ready to serve! And it paid for itself after 2 nights out of town where we didn’t have to pay to eat out.) 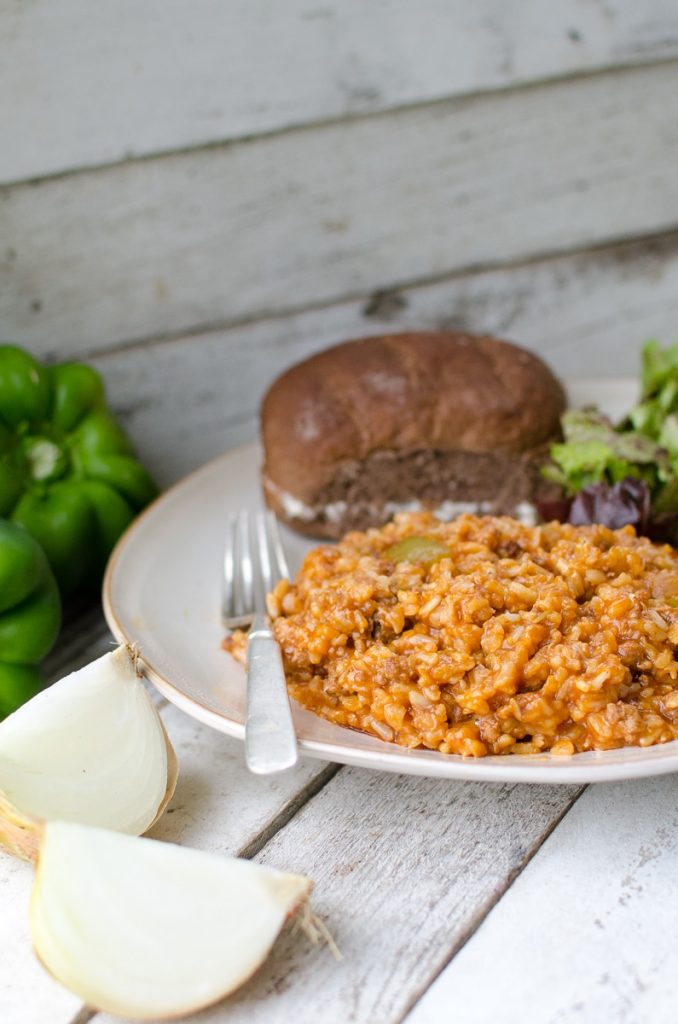 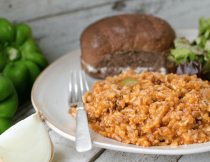 Can’t fully cook the rice Stuffed Peppers? Try this Un- Stuffed Peppers recipe! It’s not as pretty, but it tastes just as delicious without all the work! 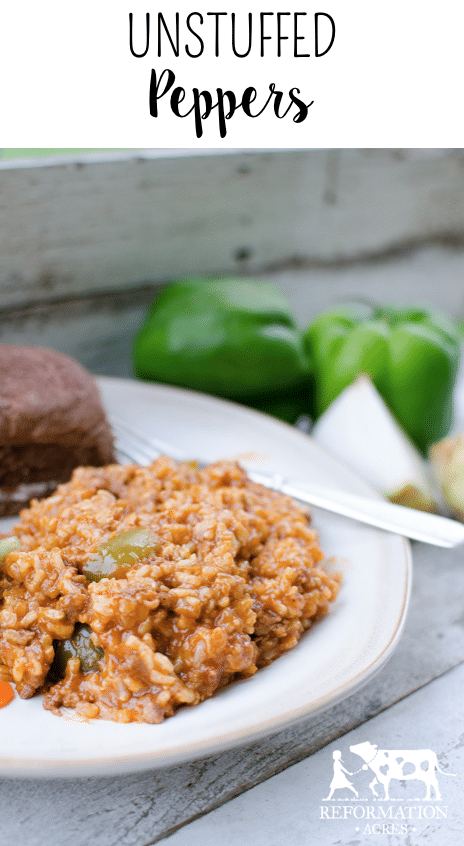