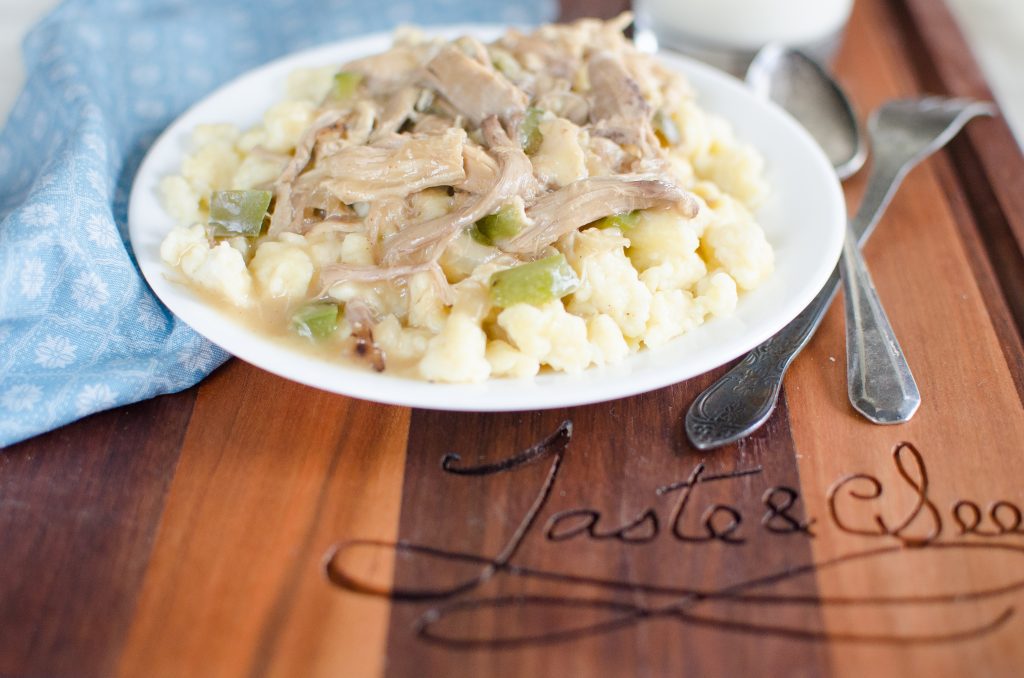 I would like to share with you one of our family’s classic recipes, Chicken Haluska. It’s from the kitchen of my Great-Grandmother. It’s definitely a favorite meal of ours!

But I always hesitated to cook Chicken Haluska. While everyone loved it and was so glad when I made it, it just took so long! Two hours! I’m deep in the trenches of motherhood and homeschooling. I don’t have time for that kind of cooking!

So I did what any reasonable modern scratch-cooking mama does. I tweaked and re-tweaked the recipe to speed up the cooking time. I was able to get it reduced to about a 30-minute meal! (Depends on how fast you can pick those noodles.) You could use egg noodles instead of the Haluska noodles and save even more time. I do that when I’m really in a pinch.

But let me tell you, it’s just not the same. 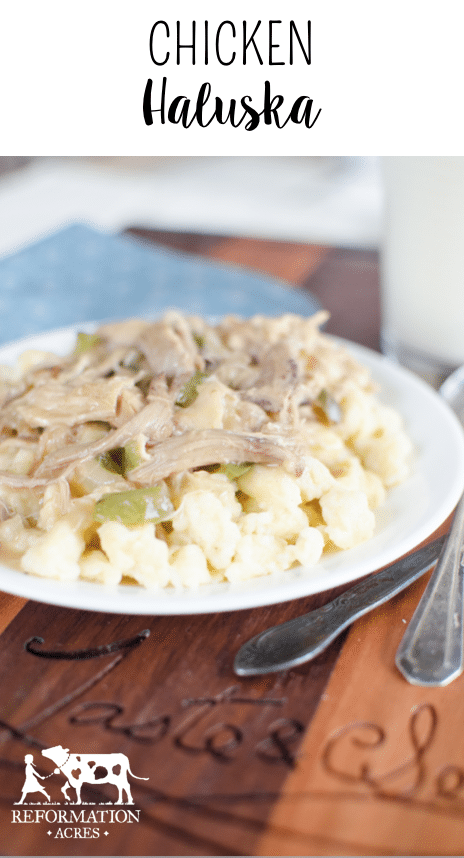 The secret to making Chicken Haluska even better than great-grandmas is to use chicken stock. The original recipe used water and there was quite a bit of seasoning adjustment necessary to make it… less bland. There I said it. It’s true though and chicken stock adds a depth of flavor and nutrition that this recipe was missing. Now that I can make Chicken Haluska in less time makes this a real winner.

I make this meal even quicker by making chicken gravy simmered with peppers and onions until they are soft and adding shredded leftover chicken and serving it over the Haluska noodles. (These are the same noodles I use in my homemade chicken soup.) This is a great way to make an old-world comfort food using frozen peppers from your garden and frozen onion slices. They impart flavor without compromising on texture because they’re supposed to be tender in this gravy. 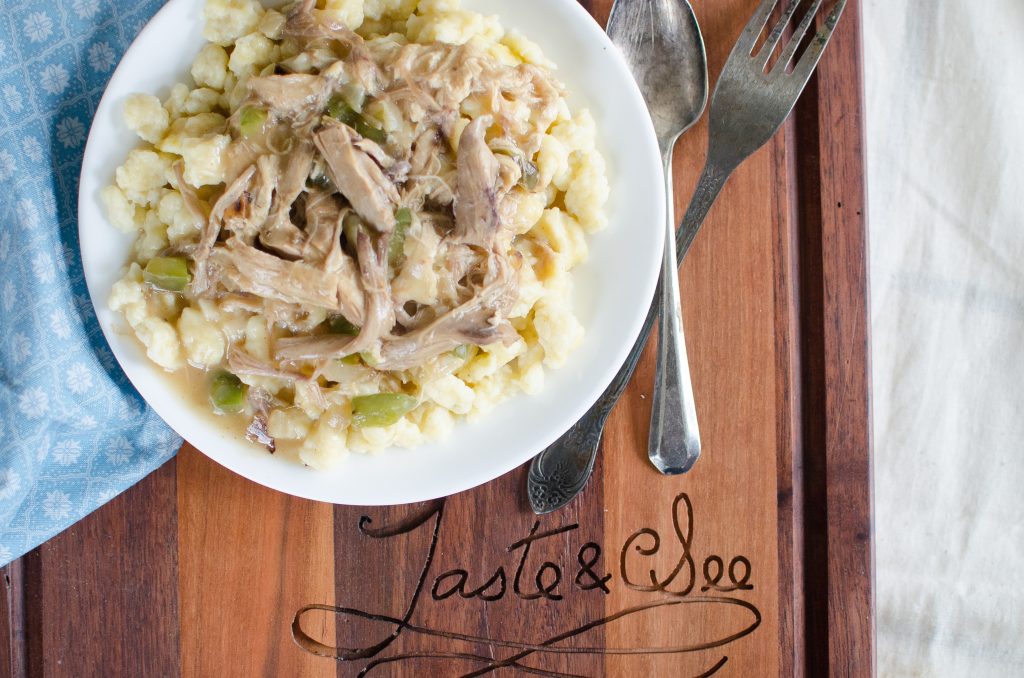 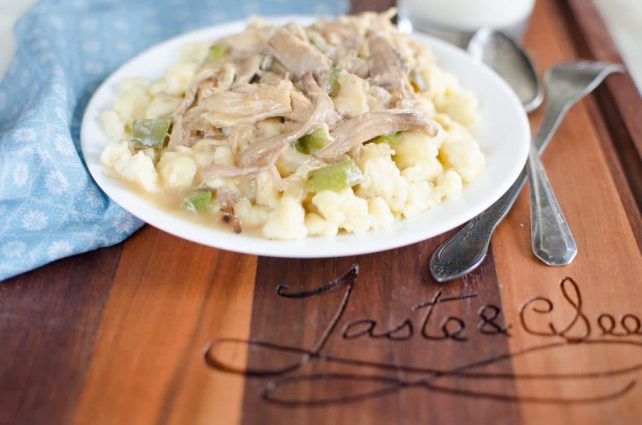